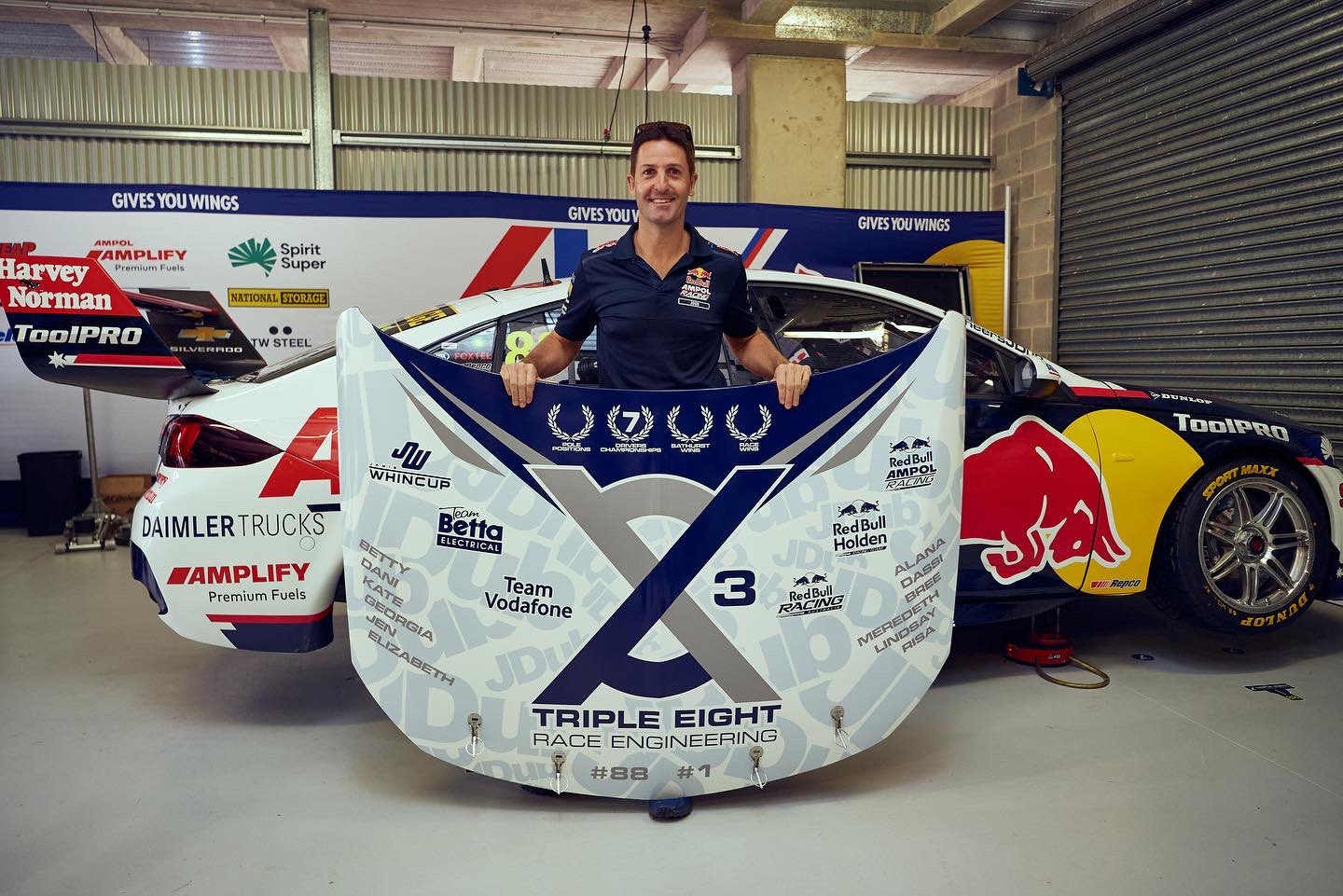 Jamie Whincup with the bonnet

Tributes to Jamie Whincup have continued at Mount Panorama in the lead-up to the seven-time Repco Supercars Championship winner’s last full-time drive.

Today, Red Bull Ampol Racing presented Whincup with a custom-made bonnet recognising his efforts since joining the team in 2006.

The numbers most commonly associated with Whincup, #88 and #1, feature on the bonnet too.

Whincup was known to name each of his cars, whose names are emblazoned on either side of the bonnet.

Notably, the artwork has some details omitted with one race weekend still to go, that being this weekend’s Repco Bathurst 1000.

His seven drivers’ championship already featured on the bonnet, though three wreaths have no stat listed.

Space has been left should he claim another pole position, Bathurst 1000 win, and bring up his 125th Supercars race win.

This weekend Whincup will carry #88 in his final full-time appearance.

Although he and co-driver Craig Lowndes have been synonymous with #888 having run it in every instance they have raced together since 2006, that number will instead be used by their team-mates.

Shane van Gisbergen, who traditionally runs #97, said it would have been sad not to see the #888 on the grid and proposed that he and co-driver Garth Tander run it in honour of Roland Dane.

The Triple Eight Race Engineering founder will step down as team principal at the end of 2021.

The bonnet presentation is the second such tribute this week to Whincup by Triple Eight, who on Monday revealed a #CheersJDub sign on Mountain Straight.

A special gift from the team to JDub at his last full-time race 💙#RedBullAmpol pic.twitter.com/SAhYQAdgDx