Upgrades for Hondas at TCR Bathurst 400

Upgrades for Hondas at TCR Bathurst 400 The Honda Civics in the Supercheap Auto TCR Australia field will debut a suite of upgrades this week at Mount Panorama.

The changes are both to bodywork and also under the skin, and will apply to the Wall Racing and Team Soutar Motorsport entries.

Those Civic Type R TCRs will feature a new gear ratio which has been designed to optimise the latest engine map and provide a more progressive RPM drop.

Front suspension componentry has also been revised in order to improve tyre wear.

Most obvious is an upgraded front bumper and splitter, which has a smoother edge profile, and larger air inlet and cooling ducts.

At the other end of the car, the rear wing pylons and fixings have been enhanced such that they can be repositioned to enable greater efficiency and wing sensitivity.

The upgrades have already been used in other competitions, including the WTCR – World Touring Car Cup, although Supercheap Auto TCR Australia has not raced since May due to COVID-19 restrictions locally. 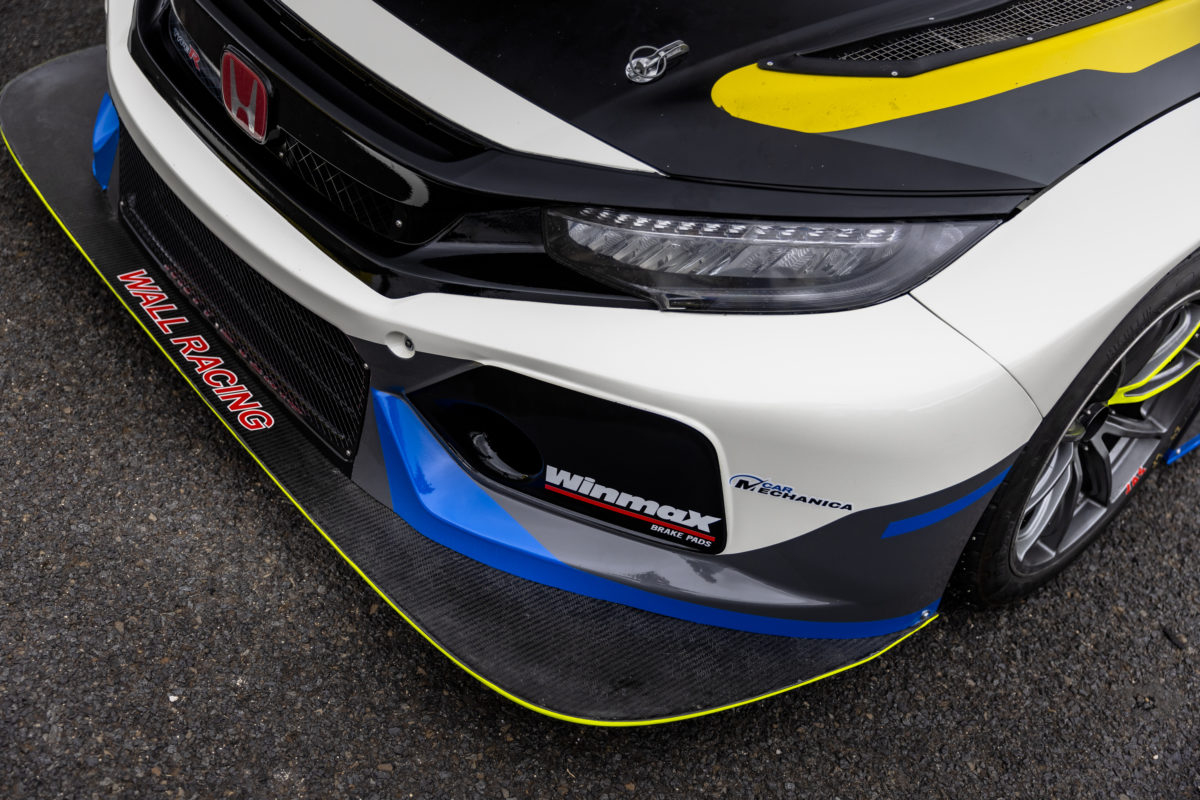 A close-up of the splitter

“In the time that we’ve had away since our last TCR event there were some upgrades available for our cars,” explained Wall Racing’s David Wall.

“Those upgrades are a lot of little things put together; I wouldn’t say there is anything major.

“The cosmetic part of it is a different front bar as well as lots of bits and pieces.

“We hope it’ll improve the longevity for tyre wear and a few other subtle things that should improve our overall package.”

The former will field one Civic for John Martin and the latter another for Zac Soutar at the Repco Bathurst 1000 event.

The Supercheap Auto TCR Australia field will be on-track today for practice at 10:40 and 15:10 local time/AEDT, with three races on the cards later in the week for the TCR Bathurst 400.