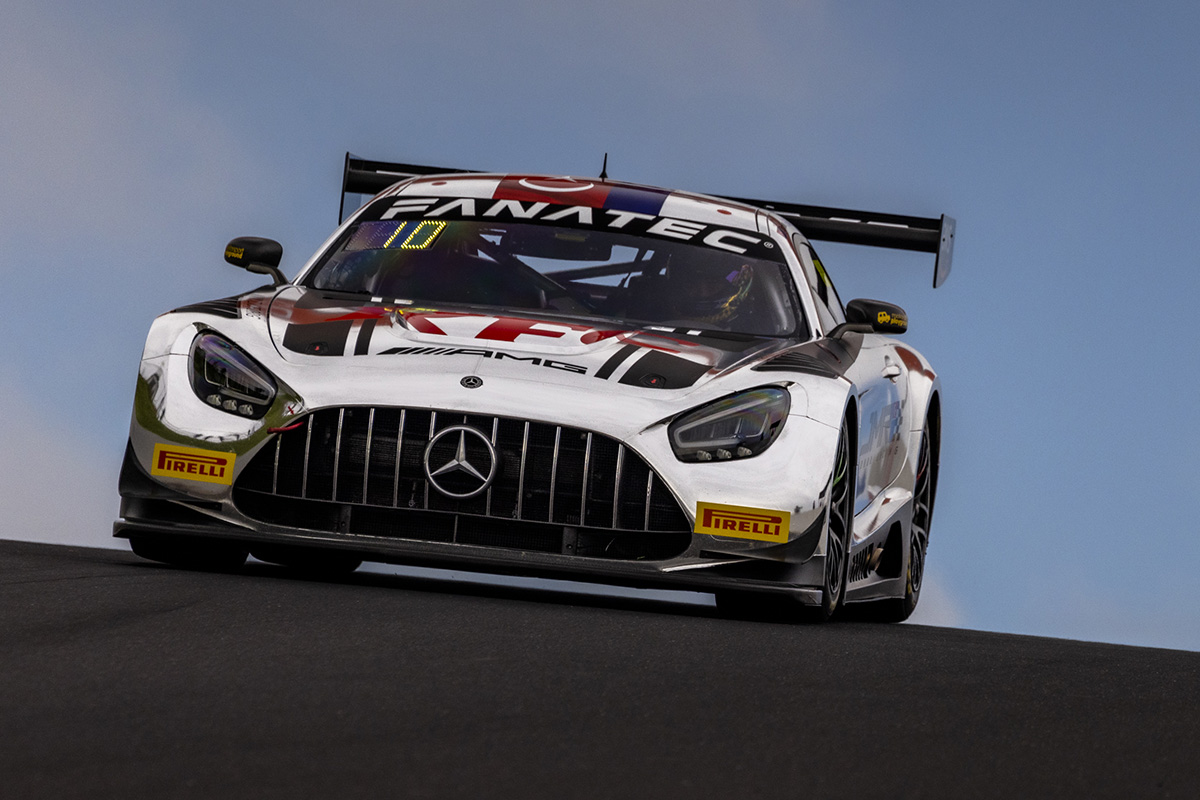 Practice 1 was hit by two red flag interruptions, the first for Paul Stokell who crashed the #124 Audi R8 LMS Evo at Reid Park.

Melbourne Performance Centre would get that car repaired, with co-driver Gary Higgon having a short three-lap run late in Practice 2.

Michael Bailey was responsible for bringing out the second red flag of the day when he too crashed at Reid Park.

Hackett, who is substituting for Shane van Gisbergen, set the fastest time of the day overall and in Pro-Am in Practice 2 behind the wheel of the #888 Mercedes-AMG GT3, clocking a 2:06.4744s.

The lion’s share of the quickest times across the board were set in the second session at The Mountain.

Fraser Ross put the #65 Audi R8 LMS Evo that he’ll share with Liam Talbot third fastest overall. At the close of play, a 2:07.0515s, put them half a second off the pace.

Yasser Shahin ended the day fourth fastest overall in the #777 Audi, just under a second away from the top time.

Shahin was without star factory Audi driver Christopher Mies who was sidelined after COVID-19 restrictions were reintroduced, putting the German into a 72-hour quarantine.

Mike Sheargold and Garth Walden topped the Am division, putting their #45 Mercedes in the mix with some of the Pro-Am competitors on a 2:07.4324s.

There was little to split the leading cars with James Koundouris and Theo Koundouris in their #69 Audi just 0.0651 away from Sheargold and Walden.

The series hits Mount Panorama again on Wednesday with back-to-back 20-minute qualifying sessions, the first of which begins at 11:10 local time/AEDT.