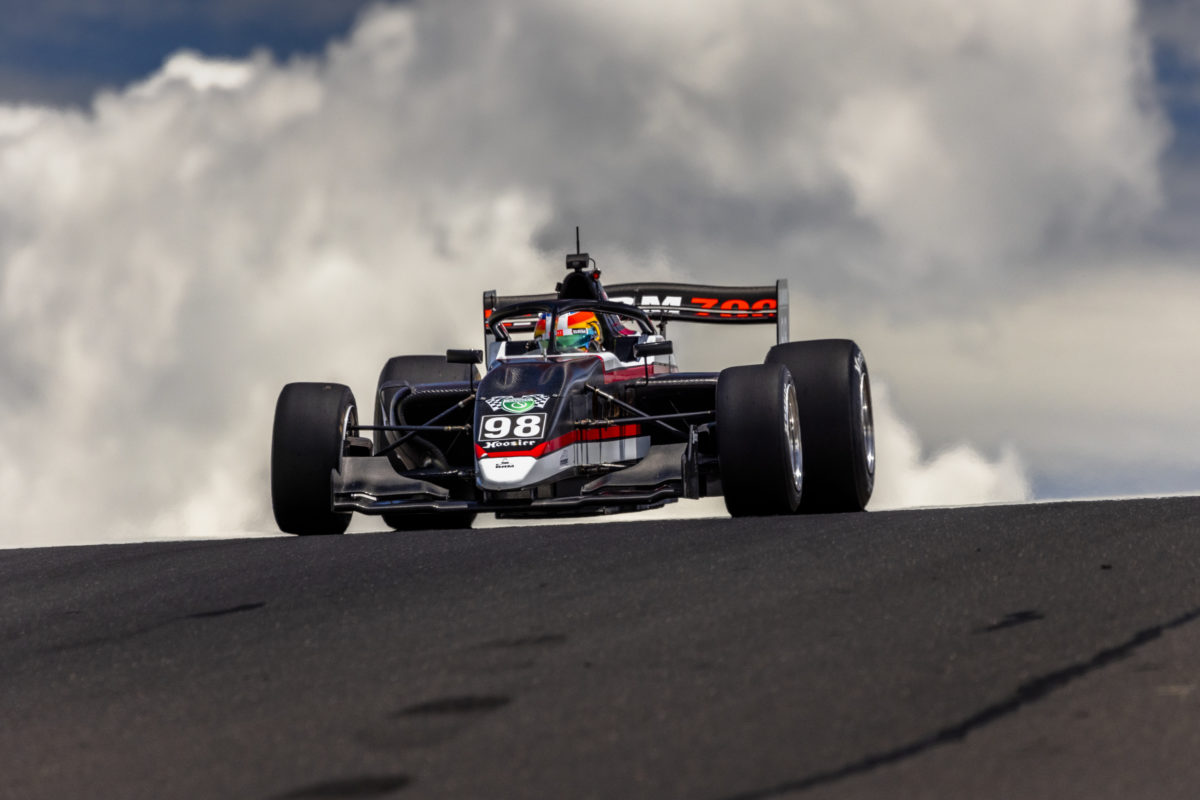 The S5000s have had their peak horsepower cut for this weekend’s Shannons Tasman Series round at Bathurst.

Speedcafe.com understands that the V8-powered open-wheelers have been electronically limited to a figure a significant way away from their standard 560hp peak output, per FIA regulations.

UPDATE: See below for statement from the Australian Racing Group

That change, which teams were only informed of in recent days, has been made to meet a weight/power ratio for an FIA Grade 3 circuit, as Mount Panorama is.

As Speedcafe.com reported in 2019, the world governing body was to rule on whether or not S5000 would be allowed to race at Bathurst.

In standard trim, the cars have a weight/power ratio of around 1.51, well below the stipulation of “between 2 and 3 kg/hp” for ‘Category II automobiles’ in Appendix O of the International Sporting Code.

The category had long ago thought to have been given the tick of approval to race at Mount Panorama, although it is believed talks had continued over the details of technical specifications.

Speedcafe.com has heard that the cut is around 85hp, which is roughly on the money considering it would equate to a new peak of 475hp and thus a weight/power ratio of 1.95.

It is believed that the cut has seen top speeds down Conrod Straight drop to about 280km/h from an expected peak of close to 300km/h.

The drop would also square with a fastest lap time of 2:00.8702s, set on old tyres, across today’s two practice sessions, when there had been predictions of figures below two minutes.

Furthermore, that figure is about three to four seconds quicker than the time in which a Supercar would lap Mount Panorama, whereas the S5000s were three to five seconds per lap quicker at Sydney Motorsport Park, a much shorter circuit, just over a week ago.

In order to meet requirements put in place by Motorsport Australia, the Australian representatives of the FIA, the Shannons S5000 Tasman Series field is running at a reduced engine output level this weekend at Mount Panorama.

FIA requirements for FIA Grade 3 circuits, including Mount Panorama, specify a power to weight requirement of 2 kilograms per Horsepower in any vehicle competing at the circuit.

As a result, the S5000 field is running at a reduced power level of approximately 470 Horsepower this weekend.

This has the primary effect of limiting straight-line speed to approximately 280km/hr on Conrod straight.

The Australian Racing Group and key S5000 stakeholders have worked closely with Motorsport Australia to bring Australia’s top open-wheel category to the Mountain, with these changes allowing for the cars to meet the FIA-mandated requirements in place.

The cars remain the spectacular product that they have been since their inception and, weather permitting, are expected to still lap close to the two minute mark in qualifying this weekend.