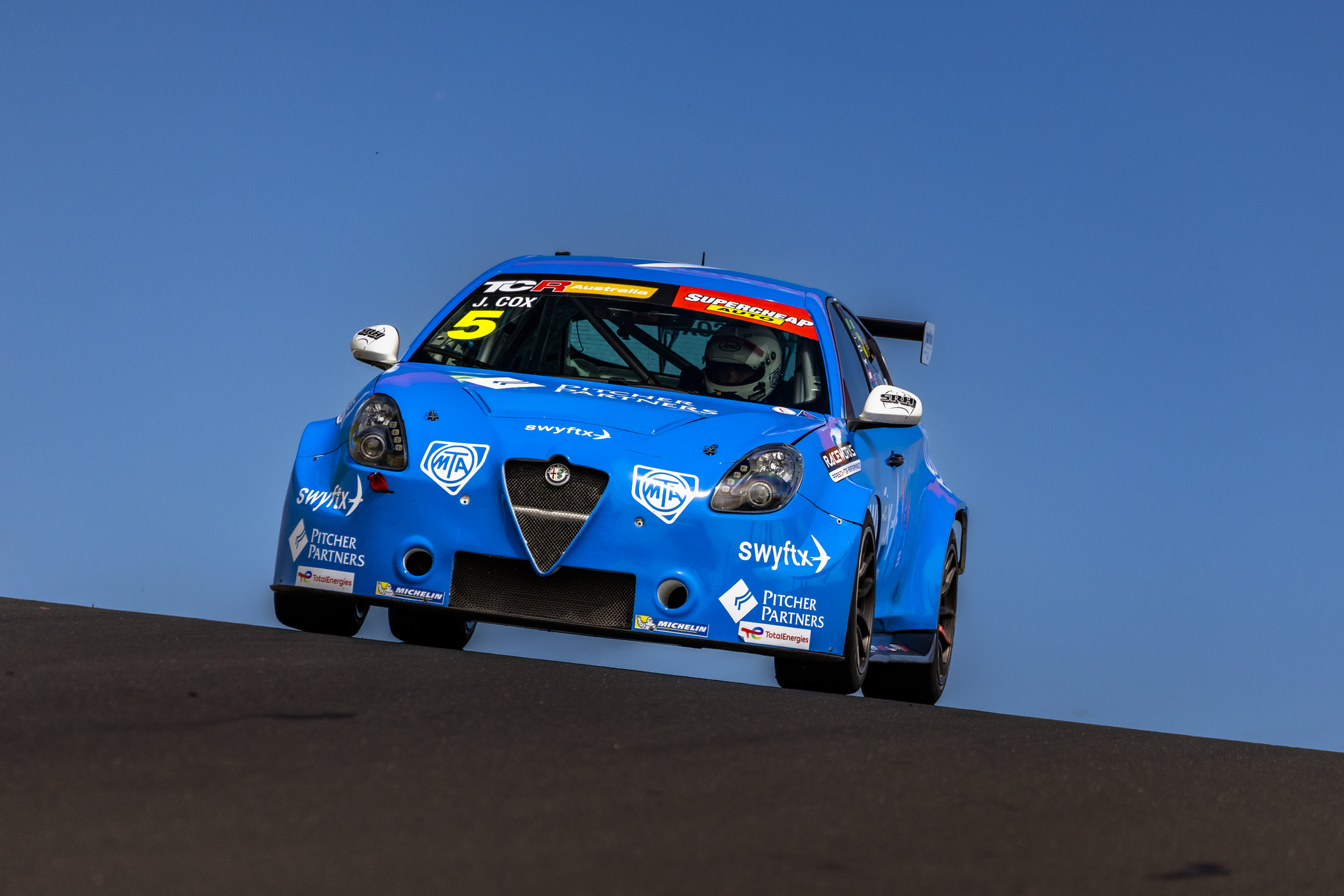 Come Practice 2, Cox left it late to make a charge on the timesheets, having been rooted to the bottom of the timesheets without a representative lap time until the dying minutes.

That’s when he sprung to life, posting a 2:15.4306s on what would be his penultimate timed effort, smashing the TCR practice/qualifying lap record from the Bathurst 6 Hour event earlier this year by almost four tenths.

He would be even quicker the next time around, improving to a 2:15.2422s with the chequered flag out.

In a quirk, even the new practice/qualifying lap record remains slower than the TCR race lap record at Bathurst; a 2:14.8162s set by Chaz Mostert during Race 1 of the Easter event.

Series leader Mostert was a non-starter in Practice 2 after crashing this morning.

German ace Chris Mies also missed the entire day of running as he completes a 72-hour quarantine period in line with new regulations for international arrivals triggered by the recent emergence of the Omicron variant of COVID-19.

The other key late improver of Practice 2 was Michael Caruso, recording a 2:16.0505s to leapfrog Ben Bargwanna, who had held sway for the bulk of the second half-hour session.

King holds the status of being the nearest title threat to Melbourne Performance Centre Audi team-mate Mostert, albeit 106 points adrift.

The Supercheap Auto TCR Australia field will be back on-track tomorrow morning for a two-part qualifying session, starting at 09:30 local time/AEDT.