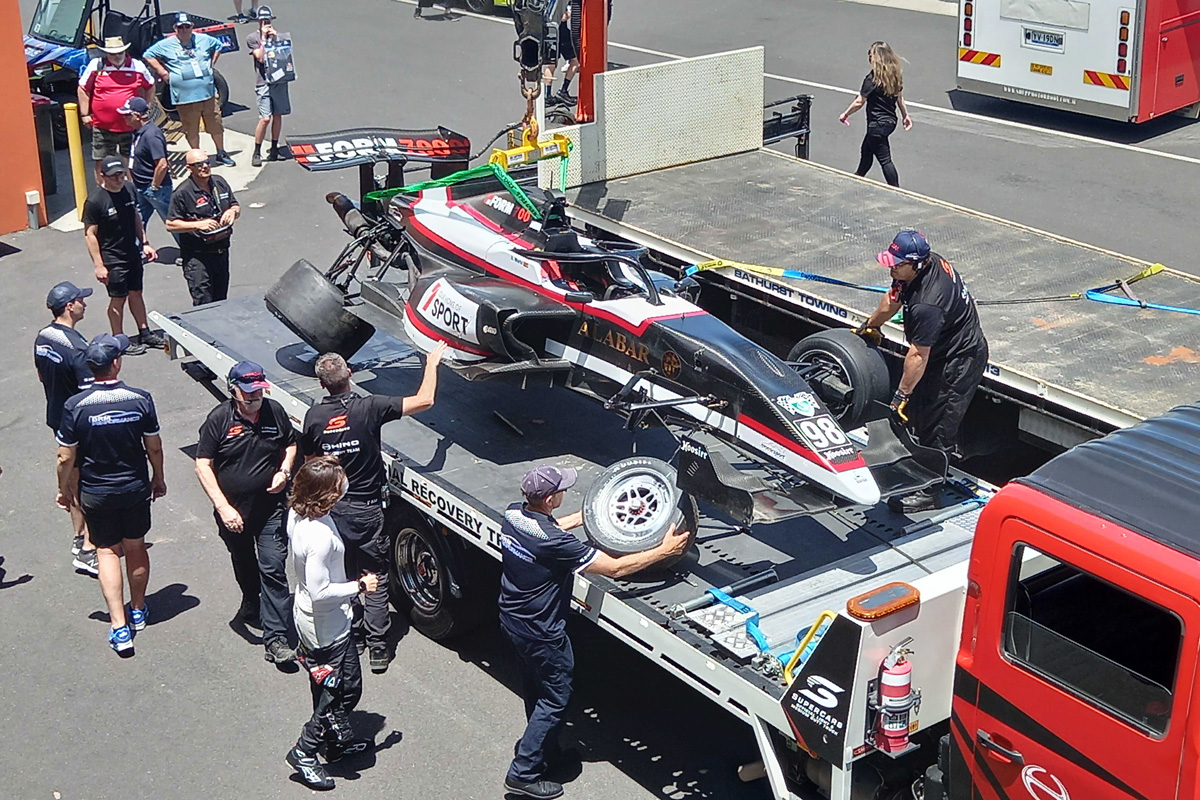 The aftermath of Roberto Merhi’s crash

The ex-Formula 1 driver was fastest in Practice 1 at Mount Panorama, which was cut short when Merhi crashed heavily at Turn 9.

That’s required the two right-side corners of his #98 Team BRM entry to be replaced, with gearbox repairs also needed.

The bodywork, floor and sidepod all are said to have avoided any significant damage.

Merhi will subsequently not take part in Practice 2 this afternoon from 16:20 (local time/AEDT) – the final session of the event’s opening day.

The Spaniard will crucially return for qualifying tomorrow, where he’ll look to get his campaign for the Tasman Cup back on track.

Merhi’s 2:04.0345 set the pace, and currently represents the S5000 lap record at Bathurst, being that the open-wheel category is making its Mount Panorama debut this week.

Cameron leads the seven-race series by 19 points from Merhi and Macrow.