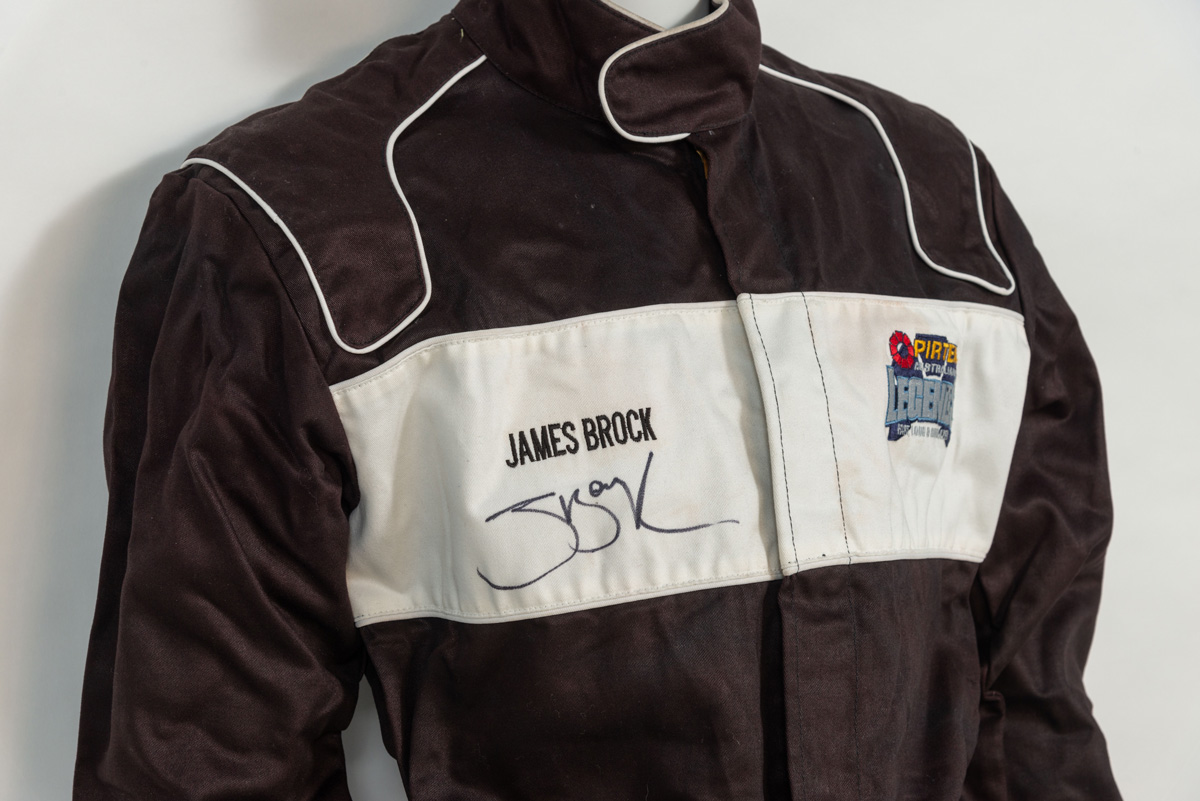 A signed race suit worn by James Brock at the inaugural Pirtek Legends event at the 2009 Gold Coast 600 has been donated to the Motor Racing Ministries’ Super Auction presented by Lloyds Auctions.

In 2009 a last-minute scramble was made to save the Gold Coast 600 after the non-appearance of the A1GP cars.

A concept was put together under the title of Pirtek Legends where some of the country’s most famous drivers came together to drive some of its most famous cars, including two Holdens of the late Peter Brock which were driven by his son James.

This is the one-off exclusive race suit that Brock wore that weekend which has been signed on the right chest. It has been donated from Brett “Crusher” Murray’s personal collection.

The Super Auction has been created by Speedcafe.com to pay tribute to Motor Racing Ministries founder Garry Coleman who will officiate at a Supercars event for the last time at the Bathurst 1000 on Sunday.

Half of the cars in the 2009 Legends event came from David Bowden’s private collection on the Sunshine Coast.

The vehicles were all 100 percent original race cars – most of them valued well in excess of $1 million a piece.

“That was one hell of a weekend,” said Brock of the 2009 Pirtek Legends.

“It came together so fast and really played an incredible role in helping the Gold Coast event stay alive.

“It is great to think 12 years later that items from that event, like my race suit, are going to help a great cause like Motor Racing Ministries which is an incredible organisation which has done so much for the people in our sport.”