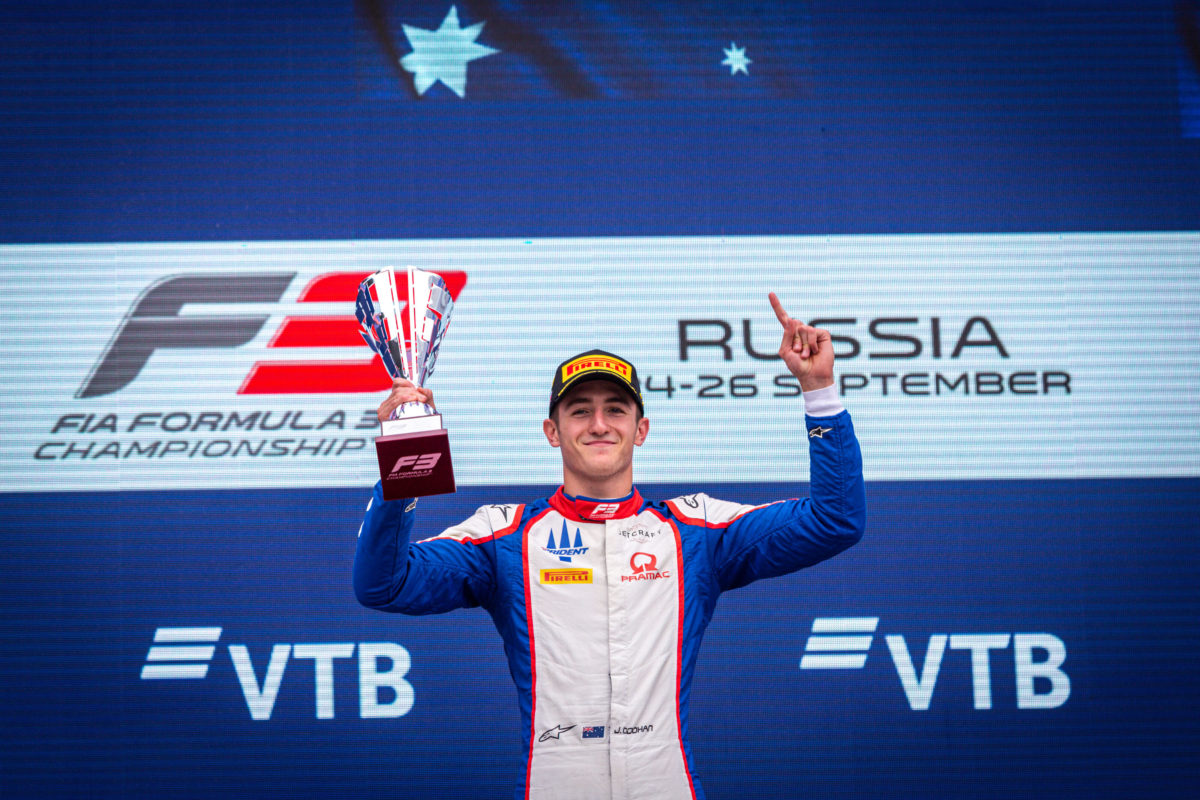 Australian youngster Jack Doohan will join the FIA Formula 2 Championship grid for the final two events of the 2021 season.

The Red Bull-backed driver finished second in this year’s Formula 3 Championship, with his F2 graduation with MP Motorsport coming ahead of a full campaign next season.

Doohan will replace Richard Verschoor for events in Jeddah and Yas Marina, in support of the Saudi Arabian and Abu Dhabi Grands Prix.

“I am very excited and very happy to be partnering with MP Motorsport for the final two rounds of the Formula 2 Championship,” said Doohan.

“It is an amazing opportunity. I cannot thank the team enough, as well my family and everyone who has enabled me to do these last two rounds.

“This opportunity will give me a little bit of a foundation and a base before I start my prep for next year. I am super excited.”

The outings offer an early chance to sample the machinery in which he’ll compete next year, leaving the 18-year-old with no expectations beyond gaining seat time.

“I don’t have any real goals as I haven’t been in anything higher than a Formula 3 car before,” he said.

“Free Practice will be my first time in something higher than Formula 3, so my expectations are very minimal.

“My goal is to get as much track time as possible and to constantly be learning.

“I am really excited, it is awesome to be heading to the circuits in Jeddah and Yas Marina, I can’t wait.”

MP Motorsport sits sixth in the Formula 2 teams’ standings, Verschoor’s victory in the second race at Silverstone the high point of the season thus far.

Doohan’s first outing will be on Friday when the F2 Championship takes to the Jeddah street circuit.

Australian Oscar Piastri currently tops the competition by 36 points heading into the weekend.