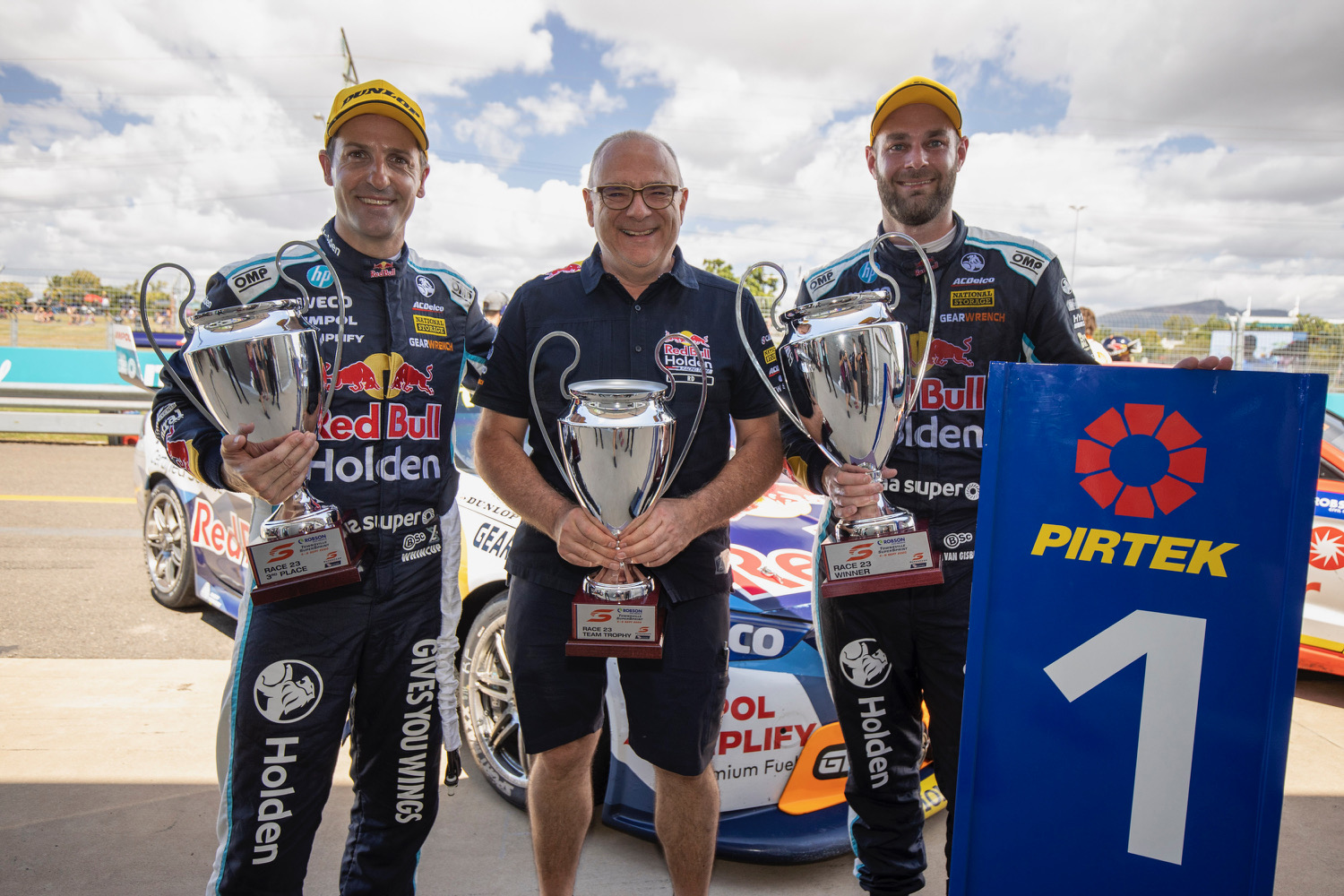 Roland Dane says he’s not getting too hung up on Sunday’s Repco Bathurst 1000 being his last race in Supercars as a team boss.

Dane will relinquish the reins as Triple Eight Race Engineering team principal to Jamie Whincup at the season’s end, bringing a more than 18-year spell as the Supercars powerhouse’s frontman to a close.

In that time, Triple Eight has been the championship’s most successful outfit; winning nine drivers’ titles in all, seven of those with Whincup and two with Shane van Gisbergen.

As a new era dawns for the team, Dane said he’s got mixed emotions.

“It’s an odd feeling at the moment,” he told Speedcafe.com.

“It’s something that I certainly have feelings, positive and negative, about being the end of my particular era at Triple Eight. But yeah, that’s what happens in life.

“So I don’t get too hung up about it, but I certainly give it some thought.”

Asked whether there was much emotion tied to the occasion, Dane replied: “Yeah, certainly. It’s staring me in the eyes right now.”

Triple Eight has swept the major gongs this far, the Bathurst 1000 being all that remains.

The team has a chance to finish one-two in the championship, something it hasn’t done since van Gisbergen’s last title win in 2016.

“We’re in sport, we’re in a competition to try and do the best we possibly can.

“Of course, it feels good to finish as well as you possibly can, so we really want Jamie to finish second in the championship, and hopefully he does, but anything can happen.

“It’s not going to make or break anyone’s year, but it’s just we’re in a competition and we will do as well as we can.”

Dane will end his tenure as boss off the back of what he said is possibly one of the busiest years in his books.

The team has worked feverishly on Gen3, drawn closer ties to Mercedes-AMG and its GT3 programme, as well as building new premises in Banyo.

More than anything, Dane is keen to leave his successors with the business in good health.

“Clearly there’s the competitive side to the business and trying to finish off my period in a good position and a winning position,” said Dane.

“Then there’s commercially being in a good position. Business is as strong as it’s ever been yet. People forget that Triple Eight is a business, we’re not somebody’s play thing. This is a business.

“We’ve got Gen3 rolling out at Bathurst, which has been a huge task for Triple Eight, we’ve got the Mercedes-AMG deal that we announced the other day, we’ve got a newly refurbished workshop and a new factory just down the road, and amongst all of that we’ve also had the Supercars sale process going on.

“Some of it has been building for a while, but yes, it’s been one of the busiest years that I’ve ever had, but also it’s also been that much more difficult for everyone given the circumstances around COVID.

“I’m just incredibly, incredibly proud. The team, at the end of the day, is a people business and you’re only as good as the people that work for you. So it’s good to be able to hand over the keys in relatively good order.”

Dane said he’s got a “number of things” on the go for 2022 but is looking forward to stepping back for a bit and leaving the business to the next generation.

However, he won’t be far, offering a “wait and see” when asked if he’ll still be around.