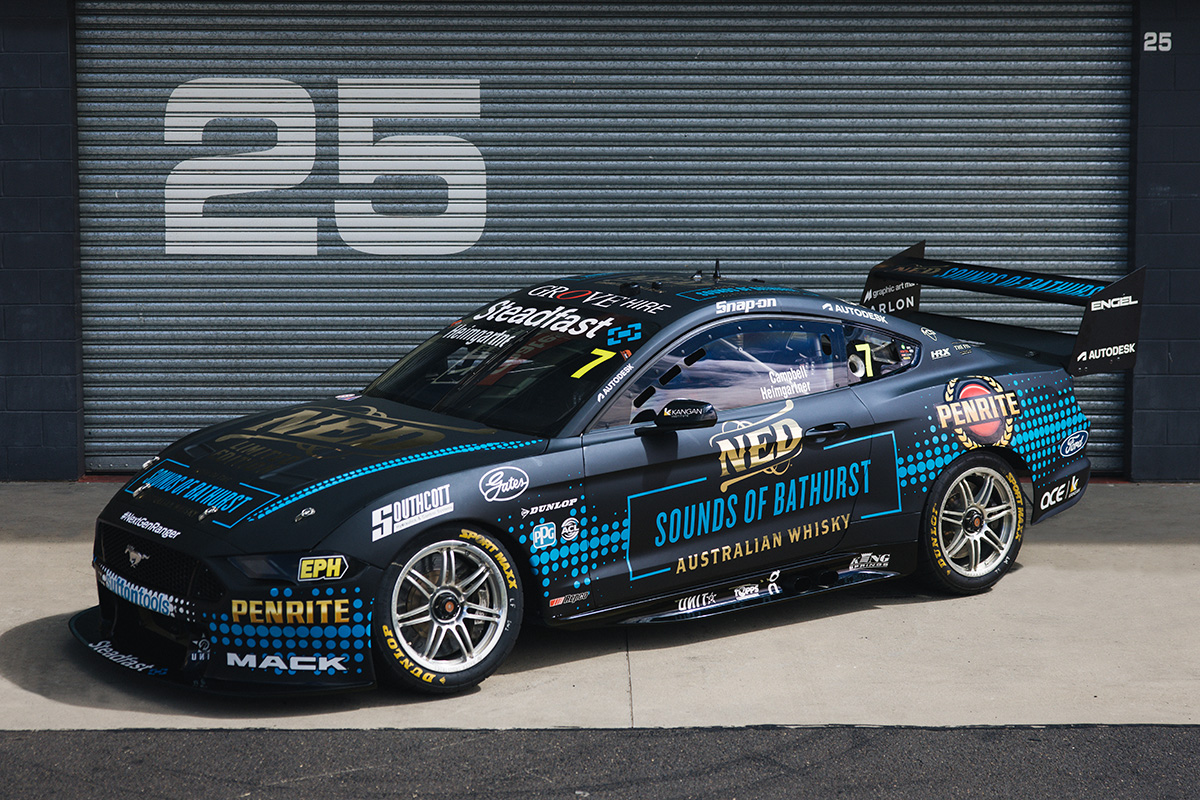 The Ned Racing #7 Ford Mustang will carry a new colour scheme with a curly backstory at this weekend’s season-ending Repco Bathurst 1000.

Today, Kelly Grove Racing revealed the new black and blue livery which ties in with the launch of Ned Whisky’s latest launch of its most “unique and powerful” alcoholic beverages yet.

In a collaborative effort between the team and whisky manufacturer, an audio recording of a lap of Mount Panorama was used to sound age a reserve grade whisky.

According to the team’s release, barrels were blasted for over 50 hours per week with “intense vibrations” resulting in a stronger whisky.

In total, 1743 of the bottles have been produced with two editions themed to match the #7 and #26 entries

Andre Heimgartner will share the new-look Ford Mustang with Matt Campbell in the #7 Ned Racing entry while David Reynolds and Luke Youlden will drive the #26 Penrite Racing car.

“I remember talking about this earlier in the year and thinking what a cool and unique concept,” said Heimgartner.

“I’m proud to have played a small part in creating something so iconic and special and being able to share it with everyone is even more remarkable.”

Ned Whisky head distiller Sebastian Reaburn added, “We knew that sound would accelerate ageing, there have been numerous experiments around the world with music.

“We were not expecting the intensity of the engine noise to drive so much change, so fast.

“The intense, full spectrum of sound waves from the Kelly Grove Mustang GT engine is the reason. This is the best whisky we have made so far.”

It’s the second livery in two days to come out from Kelly Grove Racing after revealing a new look for Reynolds and Youlden.

Working in collaboration with NED Whisky, we have taken a new approach to whisky maturation, producing one of the most unique and powerful whiskies ever made.