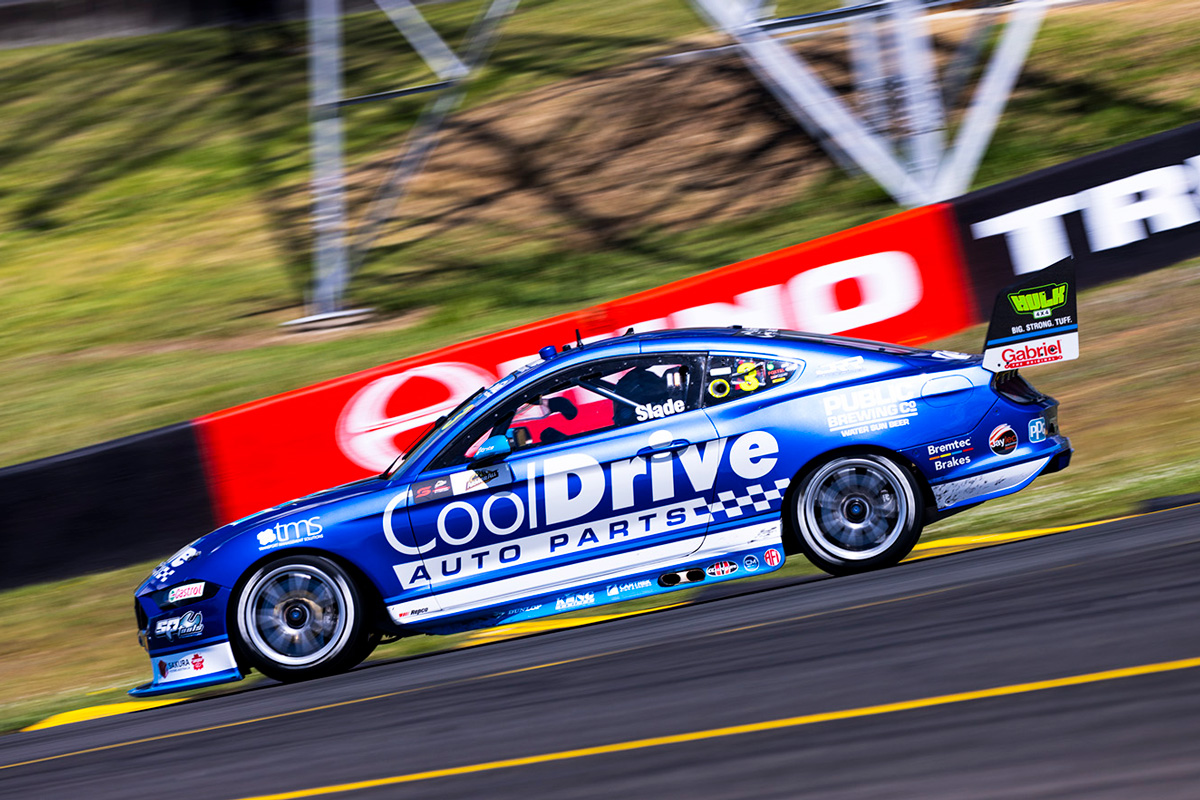 It’s been a wild Supercars silly season and the Blanchard Racing Team hopes it is not finished just yet.

The Ford squad will carry a stable core into 2022 with driver Tim Slade returning, but an additional licence awarded to Tickford Racing for next year is set to have significant ramifications for BRT.

The #3 CoolDrive Mustang currently shares a pit boom with the third Tickford Mustang, but will be bumped to the bottom end of pit lane next year when the Tim Edwards-led squad expands.

Worse yet, it faces the prospect of being all on its own in a bay – meaning likely extra costs to pay for an entire pit crew – because as it stands, there’s set to be an odd number (25) of cars on next year’s grid.

It’s not out of the question that there could be last-minute changes though, with rumours continuing to circulate about Team Sydney potentially selling; something which its owner Jonathon Webb has denied.

Hypothetically, if Team Sydney did sell, one of its licences could be picked up by a rival outfit – most likely Matt Stone Racing, which has been vocal in its quest to run a third car – with the other returning to the shelf, making for a 24-car field.

Alternatively, if Team Sydney remains, MSR could still be awarded a third licence in a move that would increase the grid to 26.

Blanchard remains adamant that an even number is the logical solution for Supercars to facilitate: “That’s what it should always be. Being an odd number of cars, it’s crazy. Just silly.”

He won’t be taking matters into his own hands however, with Blanchard ruling out expanding to two cars for 2022 despite having a spare Gen2 Mustang in its possession.

“I guess if something changes at Webby’s, that might open the door but at the moment I don’t know what’s happening there, so we’re just planning and preparing as if we are by ourselves [in pit lane],” he told Speedcafe.com.

“We’re still short-staffed for running one and we wouldn’t be able to put it together in this short timeframe.

“If this was June/July, then yeah we’d be looking at it, but this late in the year, it’s just going to compromise our existing programme too much.”

BRT’s maiden season will come to a close following this weekend’s Repco Bathurst 1000.

Mount Panorama was the scene of the team’s Supercars Championship debut nine months ago, when Slade secured a stunning front-row start for Race 1 of the season.

A podium dream ended in tears though, with Slade finding the fence heavily in the closing laps while hunting down Will Davison.

A return to The Mountain though brings excitement for Blanchard.

“We had a very strong package there at the beginning of the year and that was straight off the bat,” said the man who will co-drive with Slade in the Great Race.

“We’ve got nearly 10 months’ experience since then, so we have developed the car and as a team tremendously in that time period and hopefully we can use that experience to be even more competitive now.”

The Supercars Championship field will first be on-track at Mount Panorama on Thursday morning.