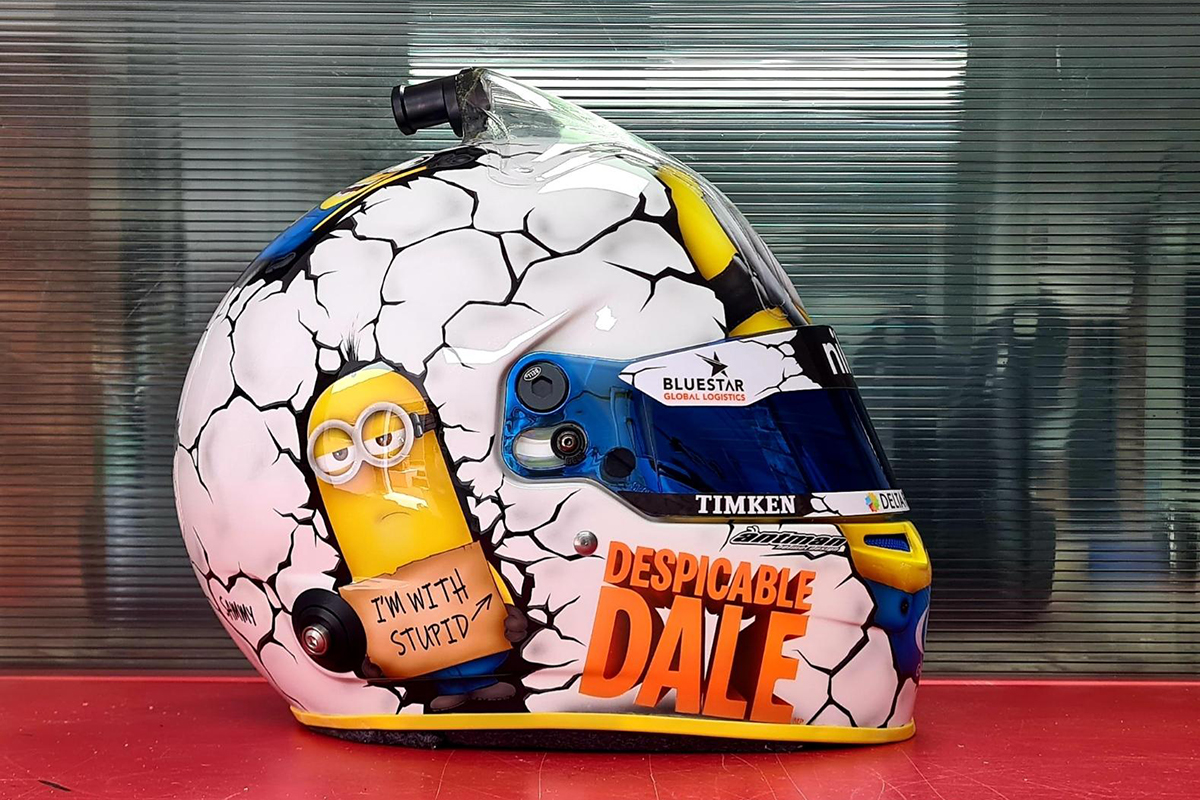 Dale Wood has lifted the lid on his new-look Minions-themed helmet ahead of this weekend’s Repco Bathurst 1000.

It’s the third year in a row that the 2013 Super2 Series winner has run a quirky scheme by Antman Helmet Designs.

In 2019 he debuted a Santa Cruz-themed lid and in 2020 ran a helmet in the style of Dr Seuss story Green Eggs and Ham.

Wood, who will pair up with Brad Jones Racing’s Nick Percat in the R&J Batteries #8 Holden ZB Commodore, said the light-hearted helmet takes the edge off what is a high-intensity occasion.

“These weekends can become pretty serious pretty quickly, so I think if you can bring some fun and laughter to it along the way is always a good thing,” Wood told Speedcafe.com.

“It’s been pretty cool the last couple of years to do something a bit different.

“I think there’ll be a bunch of kids out there, mine in particular, that like it and get a good laugh out of it. Like I say, it’s just something a bit fun.”

Wood has two young sons, whose names feature on the back of the helmet.

The Despicable Me trilogy and the Minions spin-off film are regularly screened at the Wood household, inspiring the design for this year’s campaign.

“They’ve got it on every bloody day of the week, so we’re pretty familiar with it; an adult watching kids shows most nights,” he laughed.

“But I think anyone with kids can relate to that. They love it. It’s a good bit of fun.

“AntMan does a bloody brilliant job, and I think he enjoys doing something that’s a little bit different to the regular stuff as well.”

Wood will make his 14th start in the Bathurst 1000 this weekend.

His best finish in the Great Race remains a fourth place finish with Chris Pither at Erebus Motorsport in 2017.

This weekend’s race might be his best shot yet as he joins an in-form Percat.

“There’s never been any question about Nick and what he can do,” said Wood.

“I think when everything comes together for guys, that’s when they perform at their best.

“He’s obviously got new pastures ahead, he’s got some good home relations going on with the new girlfriend, so all the ingredients are there for him to be going pretty well at the moment.

“If I can do my job, then I think we’re in for a bloody good showing.

“I think arguably, it should be one of the most exciting races we’ve seen because it’s been such a different lead up to it.

“There’s lots of different shake-ups in the way drivers are pairing up with people.

“For me, I’ve been with BJR plenty of times before, I love the place. They make me feel super welcome there.

“I certainly feel really good about what we’re doing and I think we’re in for a pretty good Sunday.”

The Repco Supercars Championship is on track at the Bathurst 1000 for the first time on Thursday at 10:00 local time/AEDT. 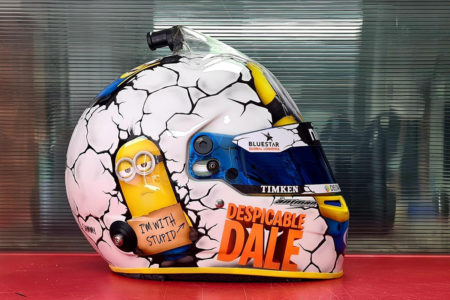 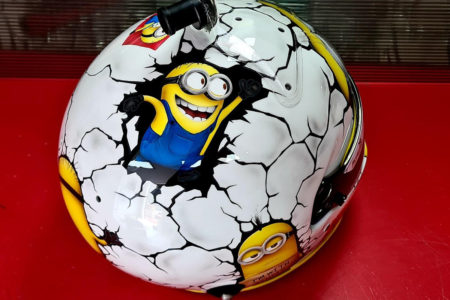