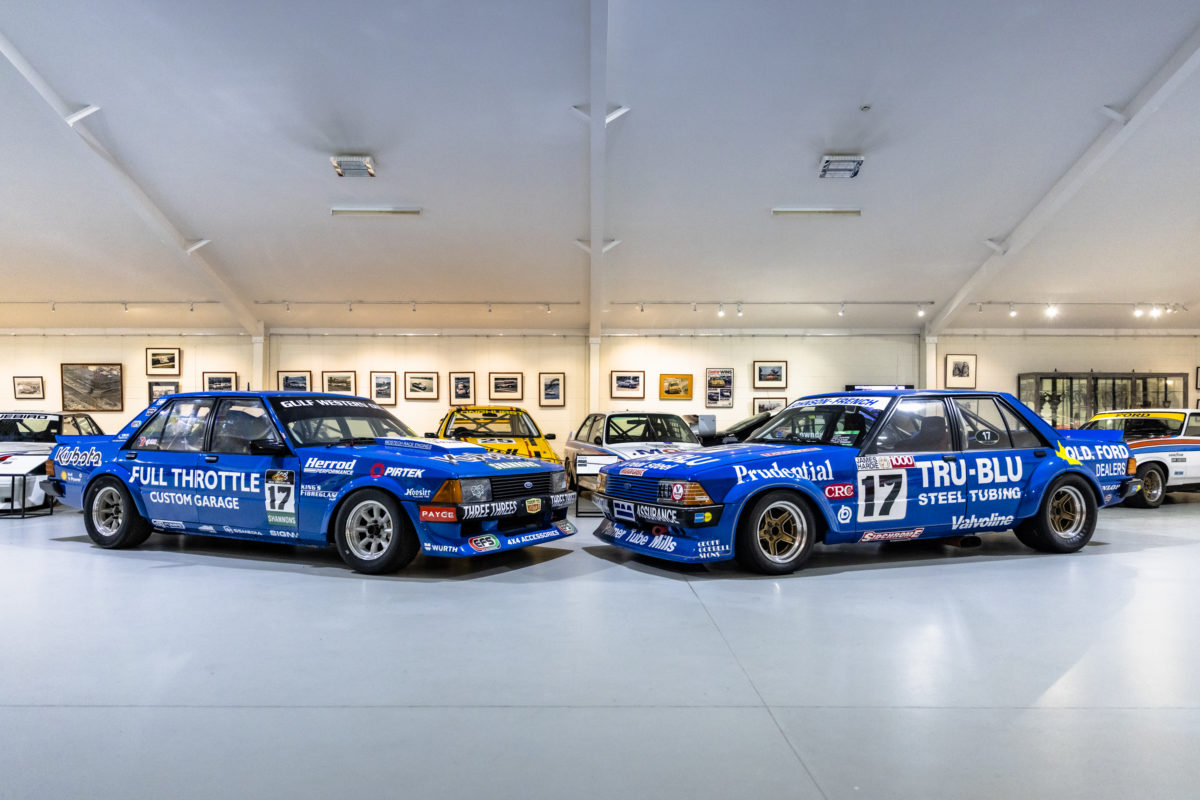 The modern, Touring Car Masters version of the Tru-Blu XD Falcon has been brought together with the 1981 Bathurst 1000 winner at the National Motor Racing Museum.

The XD Falcon which Steven Johnson has raced in Gulf Western Oils Touring Car Masters since the start of 2020 pays homage to that in which father Dick and John French won the Great Race some 40 years ago now.

That triumph came just a year after the ‘Rock’ incident which initially caused heartbreak for Dick Johnson, but triggered a wave of donations which helped make his career in the Australian Touring Car Championship.

Having been able to afford the build of the replacement, the Ford legend would not only win the 1981 Great Race, but also that year’s championship title.

The famous XD is currently on display at the museum, as a loan from the Bowden family, making for a famous meeting of machinery.

“It’s the first time the cars have been together.

“It shows the history and to have two cars together that look so similar, even though they are two eras and two different sets of rules – and different sponsors – is incredible.

“Our sponsors have been fantastic in that for a lot of them, their logos are not their style – but they’ve allowed that to happen so it looks very similar to the 1980, 1981 car.

“To look at both of them together is just magnificent.

“Tru-Blu was such a significant car in the history of my family and I remember it being in our garage at Daisy Hill when I was a kid, with Dad working on it.

“It’s really special to get them together like this, 40 years on from that Bathurst moment that was really significant to our family.”

Steven Johnson won the last three TCM series titles which were awarded, from 2017 to 2019, and is an outside chance for the 2021 crown ahead of this weekend’s finale at the Repco Bathurst 1000.

It is a driver who won the Bathurst 1000 and ATCC with Dick Johnson Racing, John Bowe, who leads the title race from Ryan Hansford, son of the late 1993 Great Race winner Gregg, and Marcus Zukanovic, who also pilots an XD in TCM.

The retro series in on-track tomorrow for Practice at 09:10 local time/AEDT and Qualifying at 13:40.