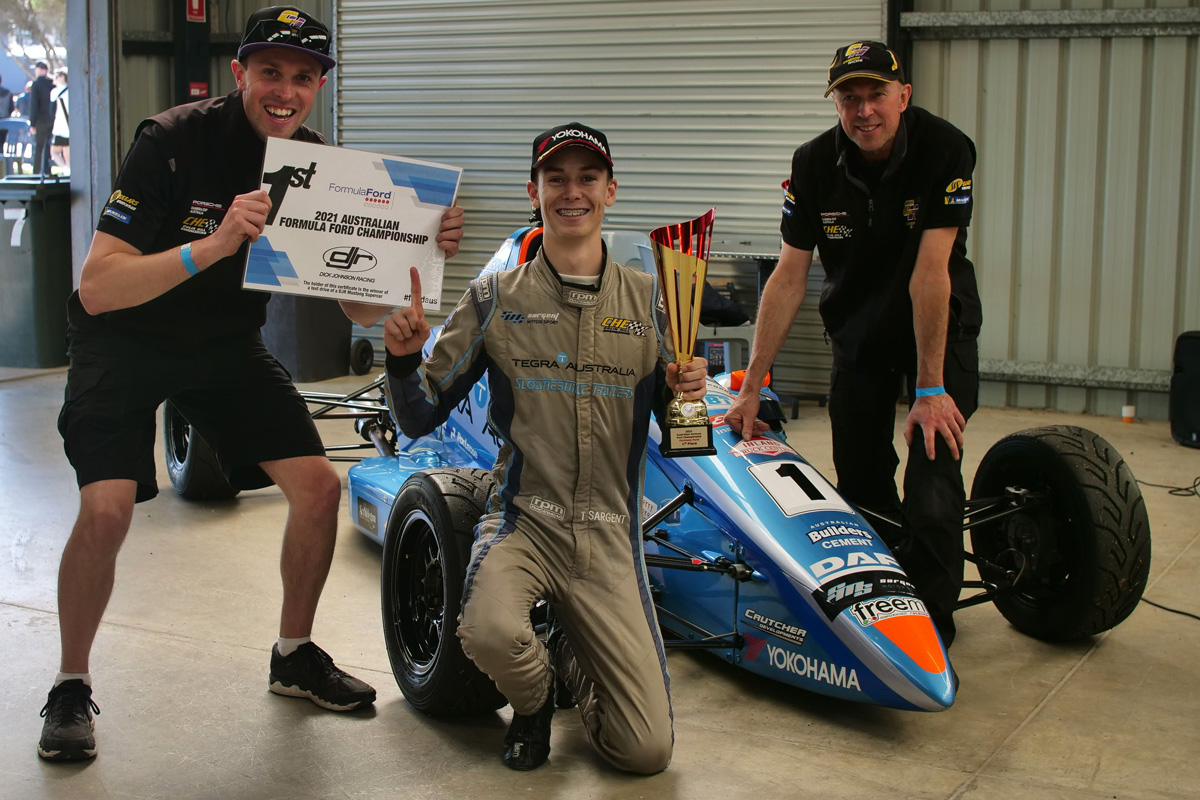 Tom Sargent has bowed out from Australian Formula Ford in style after completing a perfect weekend at the 2021 finale.

Having already secured the title with a round to spare, Sargent was imperious at Phillip Island, taking pole position, and victory in all three races.

“I really wanted to go out on a high note and it ended up being a dream weekend – I led every lap of every race,” said Sargent, who will compete in Porsche Michelin Sprint Challenge next year.

“After the last race had finished and I was on the cool-down lap, it started to sink in that it would probably be the last time I would ever drive my Formula Ford, so I got a bit emotional – it’s sad to be leaving a category that has done so much for me over the last few years.”

Putting the icing on the cake, rookie team-mate Noah Sands made it a CHE Racing one-two in the final standings.

Sands was third for the round after race results of eighth, fourth and second.

“Overall, it was another successful weekend, especially the last two races,” Sands said.

“The championship result is fantastic and very unexpected. 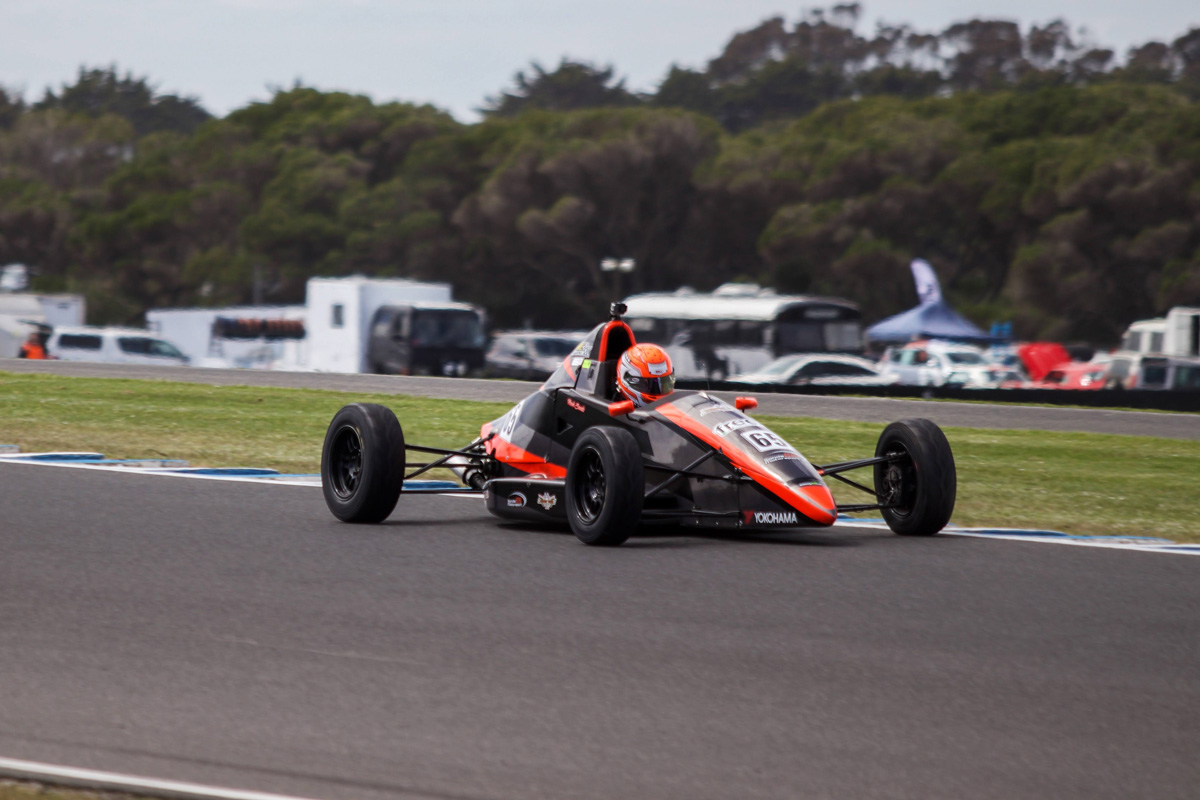 “Formula Ford is well known for being a competitive category with a lot of talented young drivers, so to finish second in my rookie year is awesome.

“A big thank you the CHE Racing Team for giving me a fast car all year and to Cameron [Hill] for the driver coaching.

“I’ve learned so much from him this year, and having Tom as such a fast team-mate has been valuable as well – it’s given me a really good benchmark not only for my driving, but also to learn about car set-up.”

Sargent added of Sands’ achievement: “To win the championship was exciting enough, but for Noah to finish second and make it a 1-2 for the CHE Racing Team is very special.

“Considering it was Noah’s rookie season, his performances were outstanding.

“We were bringing out the best in each other on the track and lifting the team to new heights.”