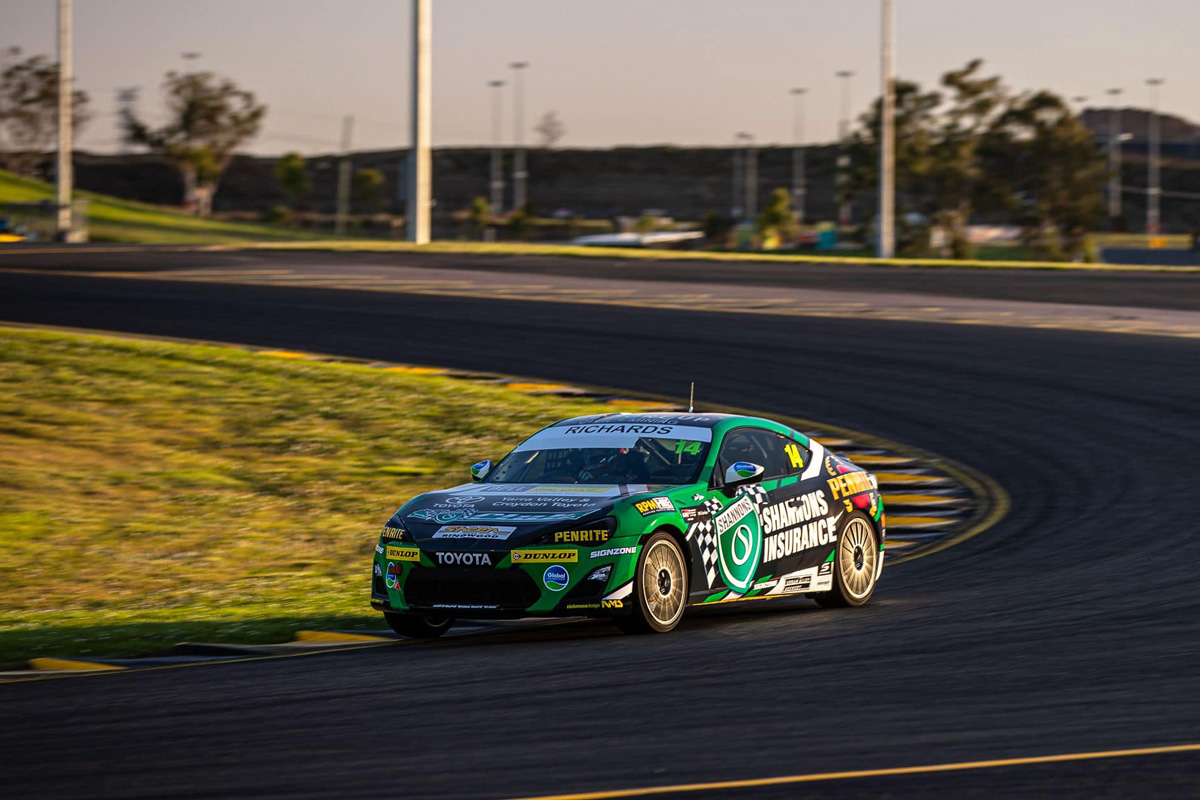 Clay Richards will be able to take his place on the Mount Panorama grid this week after a colossal effort to repair his badly damaged Toyota 86.

The son of five-time Bathurst 1000 winner Steven was caught up in a nasty multi-car pile-up at Sydney Motorsport Park late last month.

The damage resulting from that incident left his participation in the Toyota Gazoo Racing Australia 86 Series action at the Repco Bathurst 1000 under a cloud of doubt – with the rebuild only being completed yesterday.

“It has come up great, really good,” Steven told Speedcafe.com.

“Don’t get me wrong, there has been plenty of people crash their cars before; it has definitely been an exercise but it’s been great actually.

“Social media sometimes, I know, can have some negative overtures to it, but in this case it has been fantastic.

“We have had people reach out and offer parts and just support, good wishes. It has been really good actually, it’s been a good process.

“We both have day jobs, so it’s reserved for nights and weekends, but yeah, we have both been fairly committed; any time we haven’t been at work we have pretty well been in the workshop at home getting the car prepped and ready.” 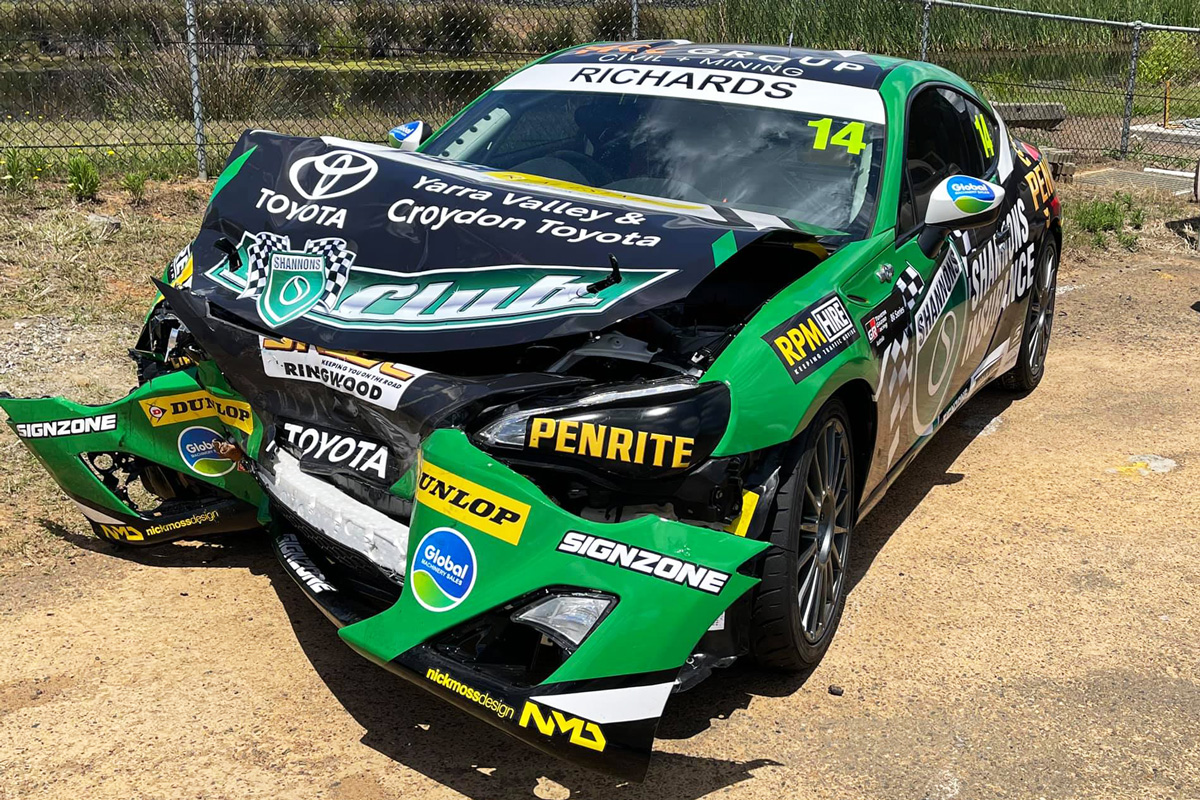 The #14 after the Sydney Motorsport Park incident

The Richards family departed for The Mountain today, where Steven will also be in action as a guest driver for the Toyota 86 series.

“I’ll be there driving the guest car so it will be great fun,” he said, noting a KFC shout is the wager on the line between himself and Clay.

“I haven’t done much driving recently, other than a Hyundai Excel enduro a couple of weeks ago, so it will be good.

“I’ll be right, I have driven Clay’s car a couple of times throughout the year so I’m familiar with it anyway.”

All up, the TGRA 86 Series will contest three races this week, the last of which falls on the morning of Sunday’s Great Race.