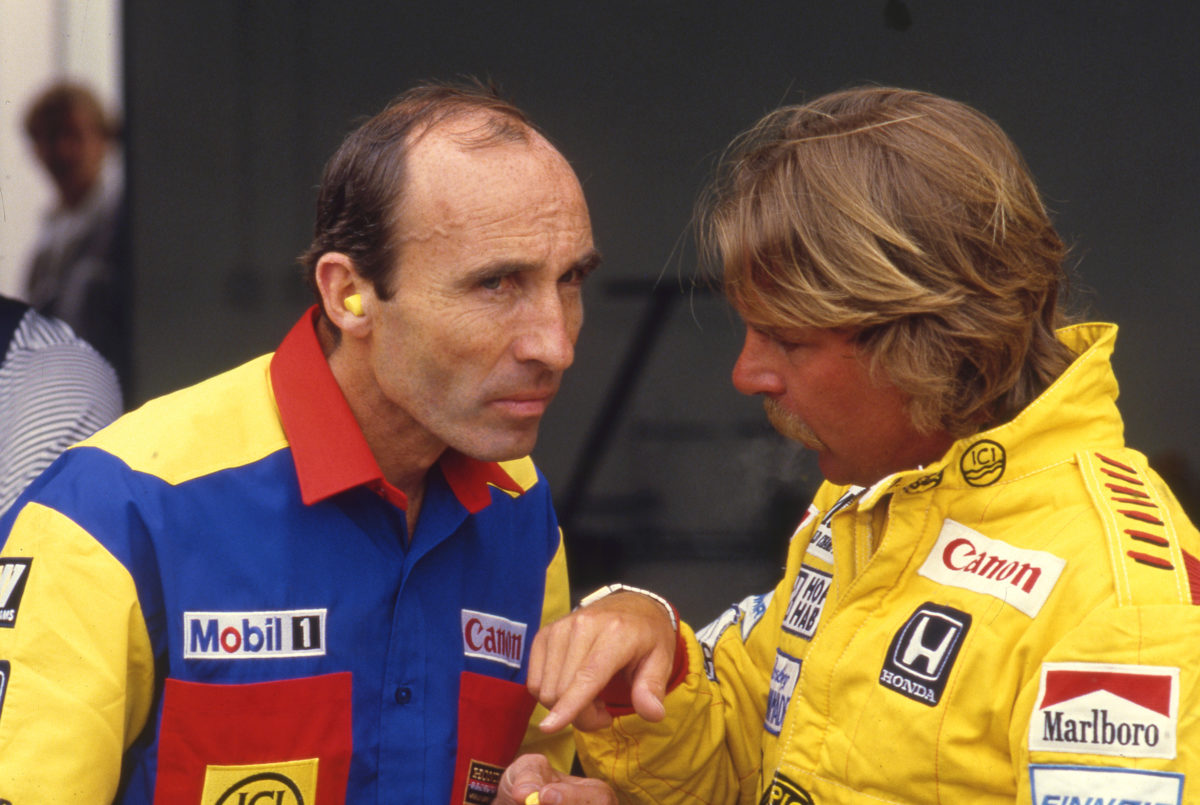 The motorsport world has paid tribute to Sir Frank Williams, who passed away peacefully on Sunday surrounded by family.

The 79-year-old saw his name become synonymous with Formula 1 as the Williams F1 team won 16 world championships and enjoying periods of dominance in the sport.

Seven drivers won world championships in his cars, which have amassed 114 race wins to date, the first coming at the 1979 British Grand Prix.

His was a life driven by passion for motorsport; his legacy is immeasurable, and will be forever part of F1

To know him was an inspiration and privilege

He will be deeply, deeply missed pic.twitter.com/48JhruQpLK

Today, we say goodbye to the man who defined our team. Sir Frank was such a genuinely wonderful human being and I’ll always remember the laughs we shared. He was more than a boss, he was a mentor and a friend to everybody who joined the Williams Racing family and so many others. pic.twitter.com/bWpFivpkmi

We have lost a true hero of our sport and an inspiration for so many beyond it. Sir Frank not only created a special F1 legacy but showed the power of human determination to overcome huge adversity. Thoughts with his family and the Williams team. pic.twitter.com/oVD73NkSKu

A statement from Williams Racing. pic.twitter.com/urzeKUL7bx

My racing family has always been Williams so can’t describe my sadness at hearing of the death of Frank. My boss, friend and inspiration for many years RIP He had a smile when he was with his beloved cars and racing drivers This picture is how I want to remember him pic.twitter.com/EgZWli4tku

Very sad news. Sir Frank Williams leaves a lasting impression on the history of @F1. He was a pioneer, an exceptional personality & an exemplary man. On behalf of the entire @FIA Community, our thoughts are with his family, friends & @WilliamsRacing. Rest in peace, my friend https://t.co/iWygN5mYzi pic.twitter.com/uz4xyru9l4

Goodbye Sir Frank… A truly inspirational human being whose passion for the sport was only surpassed by his tenacity.

My deepest condolences to the Williams family and everyone at the @WilliamsRacing team at this time. #RIPSirFrank pic.twitter.com/68T4swYzPi

Sending our love to everyone at Williams at this deeply sad time. 💙

a legend has left us.

Rest in Peace, Sir Frank Williams, your contribution to the sport and legacy will never be forgotten 💙 pic.twitter.com/09yZE4GfOK

Today we mourn a legend of our sport, a name synonymous with racing. Our thoughts are with Sir Frank’s family and our friends at Williams. 💙 pic.twitter.com/QZfD8ptTkr

We are incredibly saddened to hear of the passing of Sir Frank Williams, a man who defied the odds throughout his life and career to become one of our sport’s greatest icons. A wonderful man and a brilliant competitor, his legacy will live on. Rest in peace, Sir Frank. pic.twitter.com/neCK897jID

RIP Sir Frank Williams. Such sad news 😔 A huge loss for our sport and our team. It’s been an honour to represent your name on the world stage and we will continue to push hard to take the team back up the grid 💙 pic.twitter.com/4UKiU3CzB4

It’s a sad day for our sport, Frank Williams will always be remembered as one of the heroes and #F1 icons.
My thoughts and prayers are with his family, especially his daughter, Claire Williams. #RIP🙏 pic.twitter.com/vSs7MUIUFO

Rest In Peace Sir Frank. You will be missed. Thoughts and prayers with all the Williams family.

We’re saddened to learn the passing of Sir Frank Williams, a true pioneer of our sport.

We’d like to pass on our condolences to his family, friends and the Williams Racing Team. pic.twitter.com/uo7fMA4Kxq

The whole Alpine and Renault teams join me in expressing our sincere condolences to Claire and the entire Williams family, his friends and to the team that continues to bear his name.

It is with great sadness that we acknowledge the passing of Sir Frank Williams. Our condolences to his family and loved ones. pic.twitter.com/sgNjTmz7kQ

Today is another day showing us how unpredictable life can be, and how vulnerable we are as human. Life isn’t always logical & fair so cherish the people you love and care about while you can cause no one knows how long this journey on Earth will last for each of us.

Sir Frank Williams was one of the kindest people I had the pleasure of meeting in this sport. What he achieved is something truly special. Until his last days I know he remained a racer and a fighter at heart. His legacy will live on forever. pic.twitter.com/NDIwIvzZCl

One of the sport's greatest inspirations with a legacy that will live on forever.

"Very sad to hear the news about Sir Frank Williams. A true gentleman and real racer. Our thoughts are with the Williams family at this sad time and on behalf of Red Bull Racing thank you for everything you gave to F1. RIP" – Christian Horner pic.twitter.com/j6SF8ghVKy

We pay tribute to a great man who played a major role in the history of Formula 1.
Sir Frank was passionate about motorsport, a fierce and brave rival who led the team, that still bears his name, to so much success. @WilliamsRacing pic.twitter.com/rtbx8Sl7aP