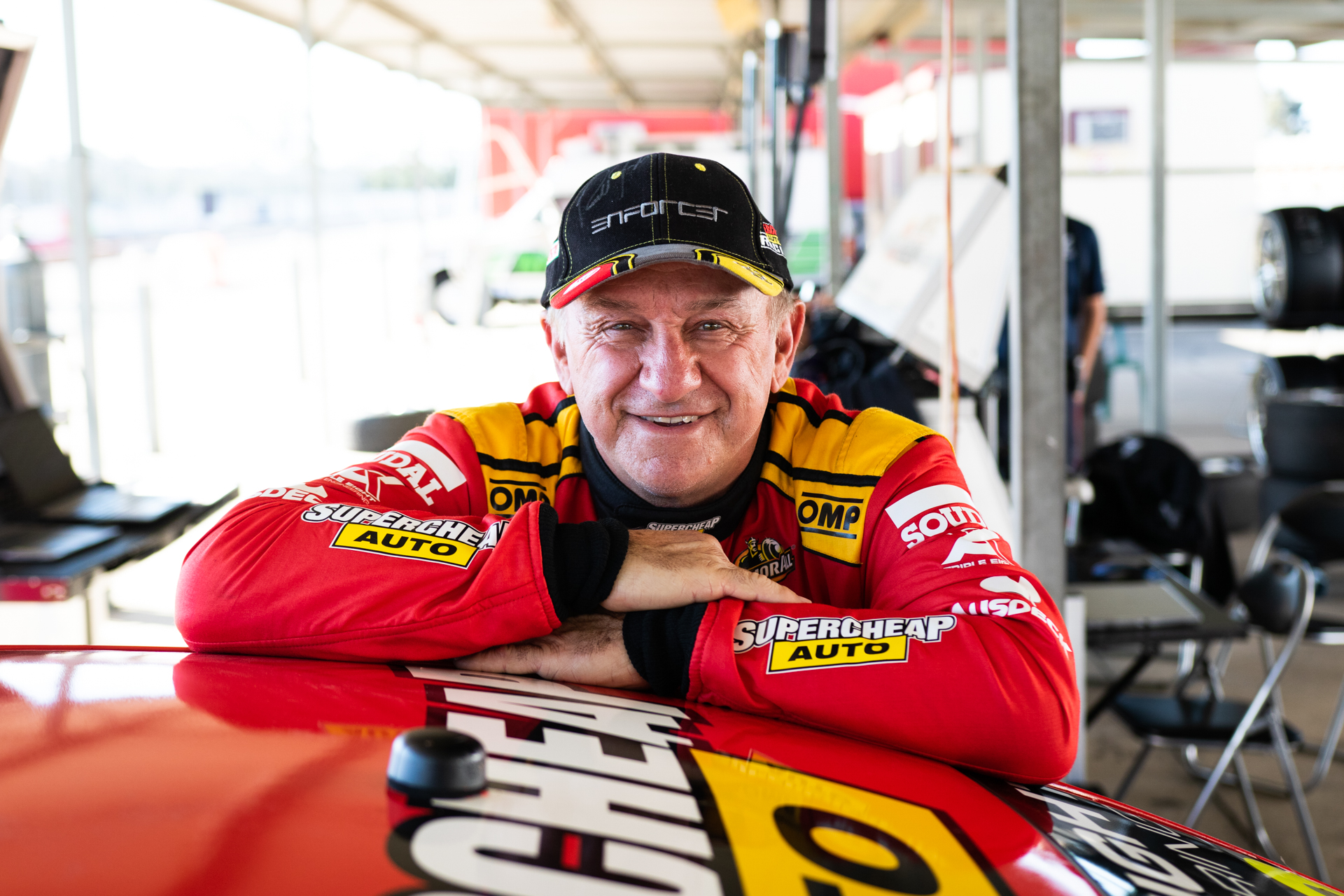 Russell Ingall will make his 26th Bathurst 1000 start this year

Russell Ingall is preparing to get his elbows out when a seven-month comeback programme comes to fruition this Sunday at Mount Panorama.

The 57-year-old, who last contested the Great Race alongside Rick Kelly in 2016, is teaming up with Triple Eight Race Engineering protege Broc Feeney in a Supercheap Auto-sponsored wildcard entry.

Known as ‘The Enforcer’ for his willingness to be combative on and off the track, Ingall is not going to let his younger peers push him around – despite a request from Triple Eight boss Roland Dane to play nice.

“I’ve been known to dent a few panels,” Ingall said with a wry smile.

“Even though the boss of Triple Eight has told me, do not scratch the car and do not bring The Enforcer out… a lot of people have told me that over the years and it hasn’t worked, so this might not be any different.”

Ingall is travelling to Mount Panorama today, ahead of opening Supercars Championship practice on Thursday.

“Driving up to The Mountain for the first time, that’s when the butterflies kick in,” he said.

“It has been a while between drinks but it’s always awesome just getting there and looking at The Mountain and going, ‘this is one of the biggest motorsport events of the year and I’m going to be a part of it again’.

“And there’s a good chance we’re going to get wet weather over the Bathurst weekend; that’s fantastic.

“There’s an old saying, if you want an exciting motor race, just add water… I really hope they do have a bit of wet weather mixed in with the dry.”

Having lost five-plus kilograms since committing to the wildcard, Ingall hasn’t totally ruled out the possibility that this is still not his final race.

“I said it was probably going to be last time I raced Bathurst with Rick Kelly but then we did the GT race with Tony Longhurst and Mark Skaife, my old enemy, and I thought that was going to be my last Bathurst,” said the 2005 Supercars champion.

“So, who knows? Most likely it probably will be, but you just never know nowadays. And who knows, if we get a result, we might go again.

“But then again, if we win, it definitely will be my last one… we’ll go out on a high.”

As for the chance to be lining up for a Triple Eight squad that has already clinched the Supercars drivers’ and teams’ championships and is in the box seat to win the Super2 title with Feeney?

“Triple Eight, they’re a bit like Collingwood in AFL; punters either love them or hate them,” said Ingall.

“But being part of that group is incredible, like you can see why they’re so successful, why they’ve won the championship this year.

“I always wanted to race for that team and the dream has come true – a little bit later than sooner.”