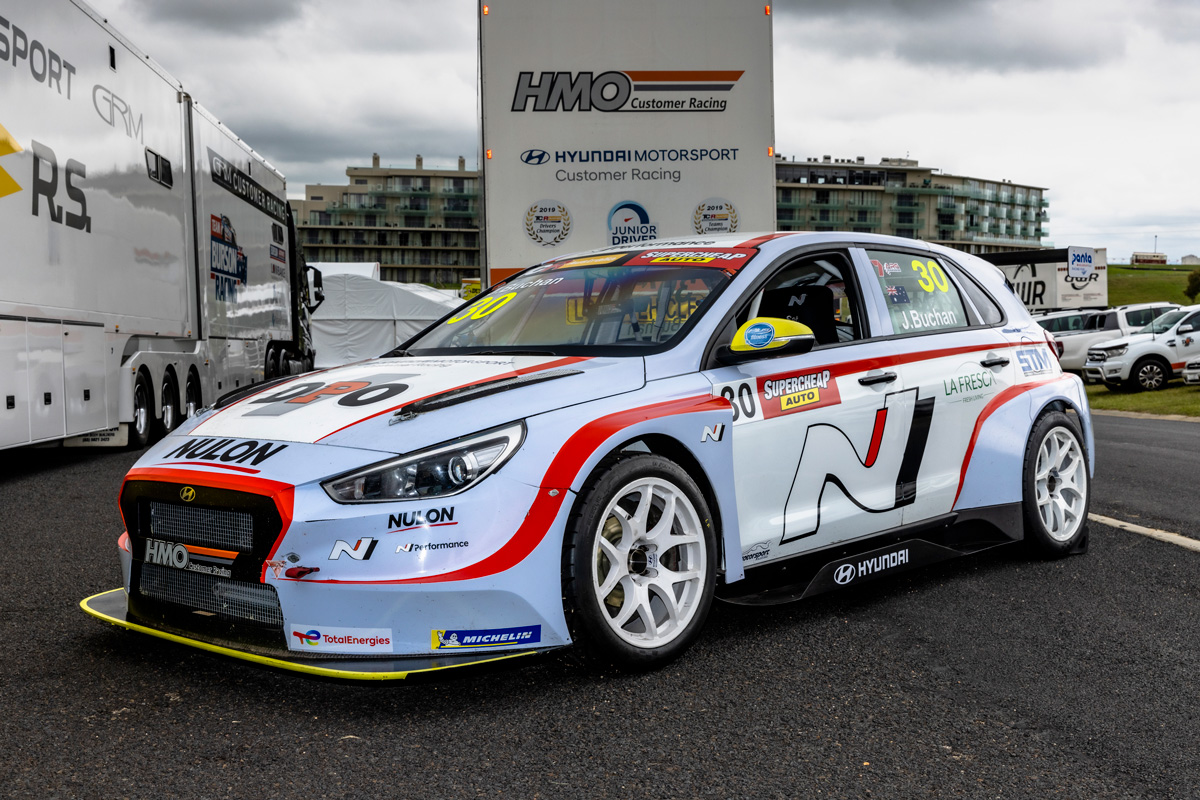 Hyundai has increased its support of HMO Customer Racing and its driver Josh Buchan for the Supercheap Auto TCR Australia season finale at Bathurst.

Buchan is the team’s leading driver, sitting third overall after dominating proceedings at the most recent round, some seven months ago at Sydney Motorsport Park.

His #30 entry will this week carry support from Hyundai’s sub-brand N Performance.

“It’s no secret that the manufacturer is one of the reasons for where I am,” said Buchan.

“It’s a credit to Barry [Morcom], Rob [Benson, engineer] and the whole HMO Customer Racing crew for hustling it along, while it’s great to don the N Performance brand at the biggest event of the year.

Added Guido Schenken of Hyundai Motor Company Australia: “The high performance ‘N’ logo, appearing for the first time on the HMO Customer Racing cars, is an indication of the growing partnership between our two organisations.

“It’s also timely given Hyundai will be present at [this] week’s Bathurst 1000 with a five-car display stand, showcasing our entire N model range to the race fans in attendance.

“As a further sign of this growing partnership, we recently held the media launch for our i20 N and Kona N at the HMO headquarters, showcasing the team and i30 N TCR race cars alongside our new high performance road cars.

“In December, HMO will also attend Hyundai’s annual ‘N Festival’ taking place this year at Winton Motor Raceway, where a few lucky N owners will be strapping in for passenger hot laps in the i30 N TCR.”

“It is great to see Hyundai increase its support for HMO Customer Racing in the TCR Australia Series,” said Braid.

“Hyundai has proved to be one of the most successful cars on track, having won the inaugural TCR Australia Series in 2019, and we have seen its interest grow to a point that now, it is representing directly with the team and Josh Buchan.

“The N Performance brand is an important element of Hyundai’s presence in Australia, and there’s no better place for the brand to be seen on a race car than at Mount Panorama this week.”