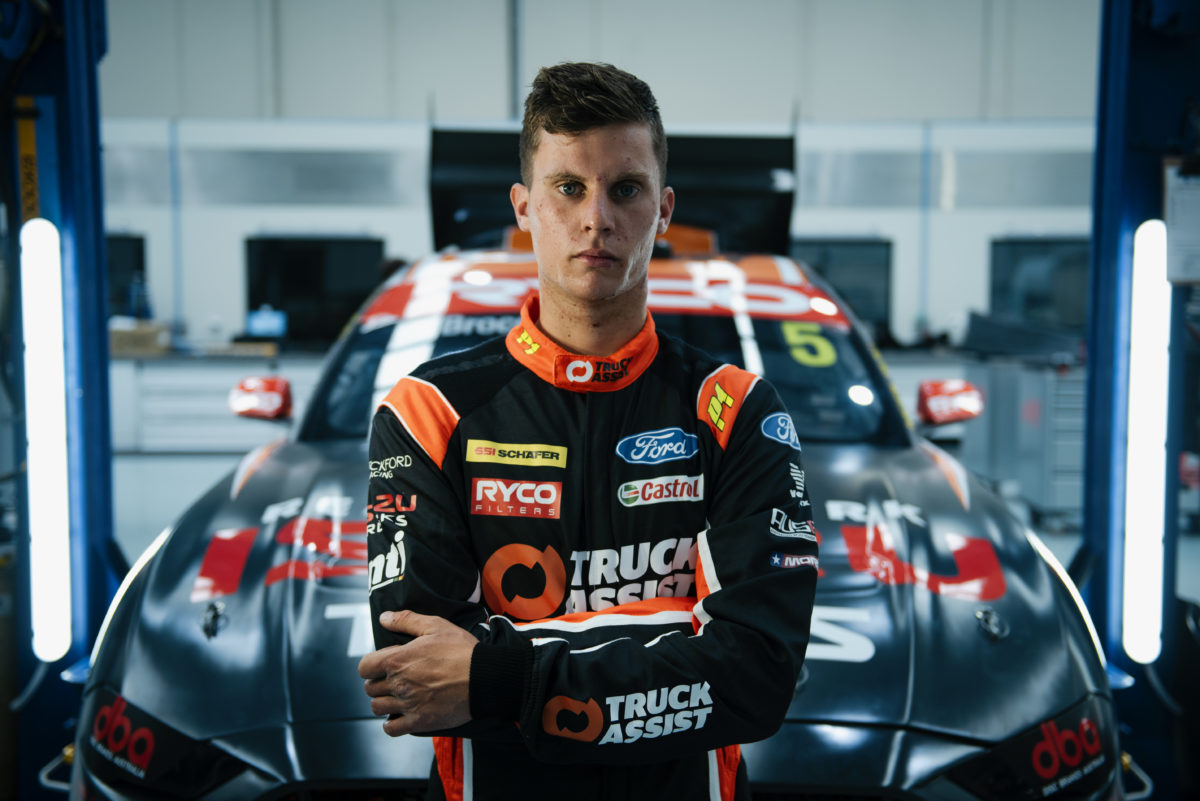 Zak Best is hoping to exploit any errors which Broc Feeney makes this weekend at Bathurst as he tries to snatch the Dunlop Super2 Series title.

Feeney leads the series by 129 points over the Tickford Racing driver, and another six points over MW Motorsport’s Jayden Ojeda.

With 150 on offer in each of the two races to come at Mount Panorama, Best’s chances of overhauling the Triple Eight Race Engineering steerer would appear fairly slim.

However, he does not see it that way, instead suggesting that there are chinks in Feeney’s armour which he can take advantage of.

“It’s been a really great year so far, we’ve performed as well as we can across each round and it’s been great to work with the Tickford crew; a lot of credit needs to be given to them,” said Best.

“We are certainly well in the championship hunt, there are plenty of points still available and we know how easy it is drop points around this place.

“Broc made a couple of mistakes last round, so if the same happens again this week it’ll blow the championship wide open.

“In saying that, we need to ensure we go out there and be the fastest car. We can’t control our destiny but we can do our best to put ourselves in the right position.”

Best has a race win to his name this year, and was leading when Race 2 of the most recent round, at Sydney Motorsport Park, was red-flagged without having run long enough to achieve a result.

He had got to the front in controversial circumstances, having passed pole-sitter Feeney before the control line when the field finally got a green flag after starting under Safety Car, although that became a moot point.

A day earlier, the Benalla driver gave up 78 points to the series leader when a first-corner clash left him with steering damage for virtually the entirety of Race 1.

Feeney is in the Supercheap Auto-backed Triple Eight Race Engineering wildcard entry in the Repco Bathurst 1000 this weekend, having debuted last year with Tickford.

It is Best who is a Great Race rookie this time around, the only one in the field, given he will drive with Jack Le Brocq in Tickford’s #5 Truck Assist Mustang.

“It’s going to be a whirlwind few days, trying to claim the championship in Super2 and then making my first ever Supercars start,” said the 20-year-old.

“I’ve got full faith in the Tickford team and in Jack, they’ll put in 110 percent and I just need to ensure I put in the same effort.

“Running in Super2 will certainly be a benefit, as I’ll have knowledge of the track conditions and I’ll get plenty of running in across the week.”

Best is set to steer the #78 FGX Falcon for the first time this week in Super2 Practice 1 from 10:15 local time/AEDT.