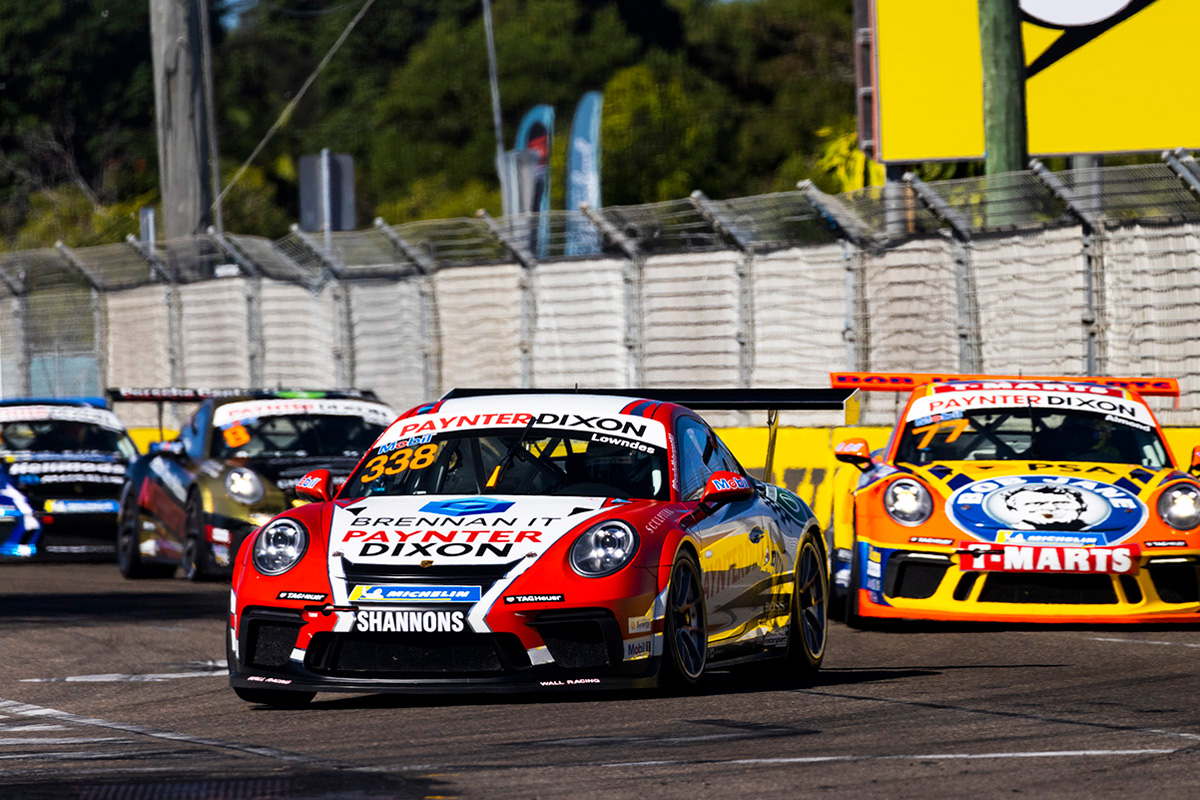 Craig Lowndes mightn’t be streaking away with the Porsche Paynter Dixon Carrera Cup Australia title but he certainly has impressed his team boss David Wall.

Entering a crucial double round at Mount Panorama this coming week as part of the Repco Bathurst 1000, Lowndes lies a modest eighth on the points table.

That standing hasn’t been helped by a spin while contending for victory during a wet Sandown race, and being taken out in Townsville in a collision so damaging he was ruled out of that weekend’s final race too.

Wall, the 2017 series winner, is four places ahead in fourth overall but has nothing but praise for what Lowndes has brought to the Wall Racing programme.

“I feel like the pace has been there all year for him in Carrera Cup,” Wall told Speedcafe.com.

“And Carrera Cup can also be very underestimated for the level of quality of driver and team there as well. It’s a hard championship for anyone to come into.

“At the end of the day, so far Craig has done three rounds with us and a couple of test days, so I suppose it is still new as well.

“But yeah, he is going more than fine. He’s great to have around and from my point of view, he has been doing a good job in the car and he’s a good team-mate, so we’re just pushing on to head to The Mountain.

“We’re looking forward to getting up there and seeing what we can make of it.”

“Well, I mean it’s that time, or it’s normally past that time of year, normally we have already ticked those boxes but with our championship still going, we’re concentrating on what’s going on at the moment,” said Wall.

“But definitely discussing all the possibilities for 2022, that’s for sure.

“We’ve got the new cars coming, so we’re kind of eagerly awaiting those to turn up and see what we can put together for everybody to get onto the grid.”

Beyond Bathurst, the Carrera Cup season will draw to a close at The Bend Motorsport Park on December 10-12.