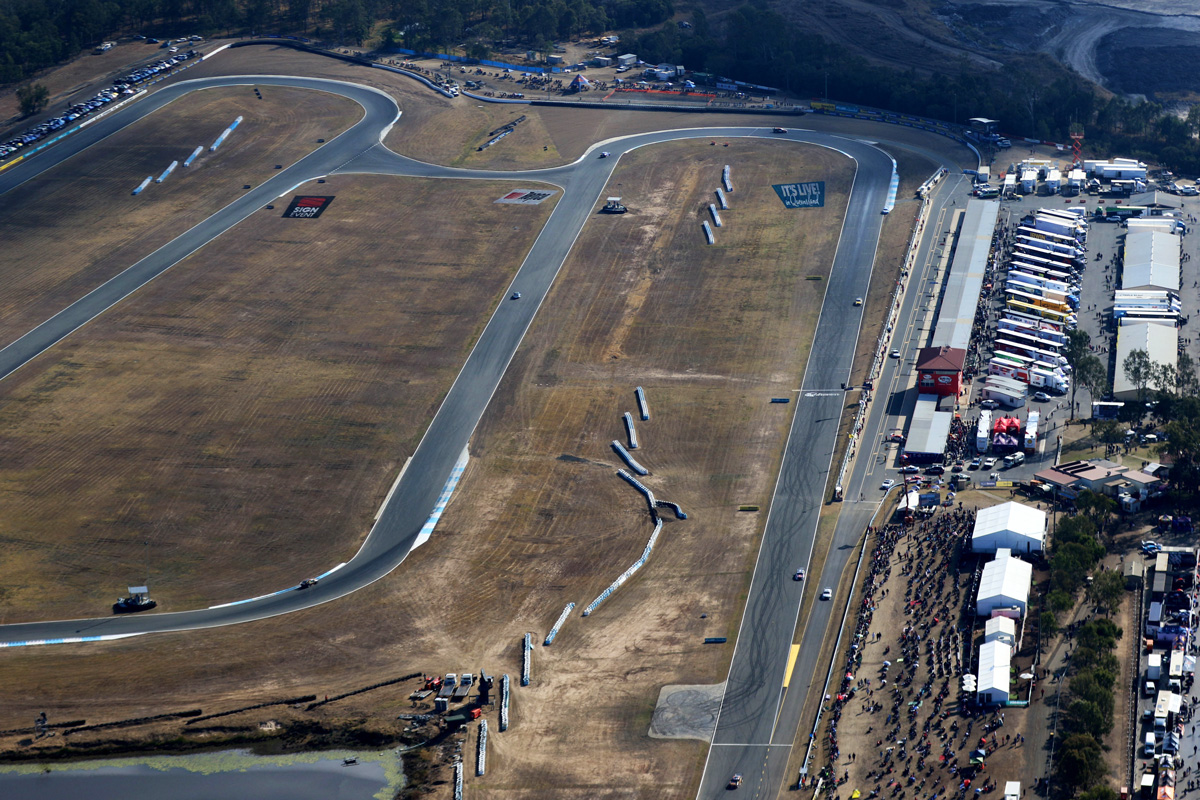 Tony Quinn has outlined preliminary plans to alter the track layout at Queensland Raceway and explained why change is needed.

Queensland Raceway has long been the first port of call for nearby Supercars and other professional teams when it comes to commitments such as testing.

Although the proximity of the circuit to Brisbane and the Gold Coast makes it a more straightforward proposition than facilities like Lakeside Park or Morgan Park Raceway, it’s also well suited for testing with a variety of corner radiuses despite what is widely regarded as a relatively simple layout.

However, speaking with Speedcafe.com, Quinn conceded that the circuit could be more interesting for lower-level club racers.

“It’s been the same for 20 years, right? I think we are due some kind of change,” Quinn explained.

“The top two top teams in the country both test at Queensland Raceway. Roland Dane [Triple Eight Race Engineering team principal] will tell you, there’s no better track to test at because you can see everything that’s going on and every corner has a reason and a purpose for being there. It’s quite technical.

“So for a test track, it’s very, very good. For a fast car, like a GT3 or a Porsche Carrera Cup car, it’s f***ing good enough. It’s hard enough and it’s technical enough. As you do as many laps around there, it’s just as good as doing laps at Eastern Creek.

“So for fast cars, the circuit is perfect, but if you’re in a Hyundai Excel or whatever that runs out of brakes after three laps, it’s not a lot of fun. You lose interest.”

As it stands, there are three major changes to the circuit on Quinn’s radar.

The first is the addition of a chicane on the inside of what is currently Turn 2. By and large, that’s being implemented for bike users, although it is not exclusive to them.

Roughly one-third of the way down the back straight Quinn is looking to add a sequence of fast esses.

That would add some complexity to the circuit and also slow the entry speed to what is currently Turn 3.

Plans are also in the works to create a left-hand- first-gear hairpin to the circuit.

That would see the addition of a straight stretch of asphalt from the exit of Turn 3 that intersects halfway down the straight leading into the final corner.

Quinn does have the ability to use some of the surrounding land at the western edge of the circuit near Turn 2, however, a floodway and creek make that more hassle than it’s worth.

Since Quinn took over the management of Queensland Raceway there has been heightened interest from high-profile categories to host race meetings at the circuit.

Motorcycle racers are among those to express interest, something which Quinn is cognisant of.

“In any normal business case for a race track, you actually need two tracks,” Quinn explained.

“Because as you fill one up, for no more overheads, you start renting out the other one. You start running a proper business model.

“Queensland Raceway, you’re stuck with one track, hence the development of evening stuff, particularly in the summer.

“I believe in 2022, 2023, we will develop a nighttime summer series with drifting and racing. Because in the evening, it’s a better temperature.

“Many people say, ‘Oh, Quinny doesn’t like motorbikes’. I don’t like them and I think people die on them way too easily, however, it’s a sport, and we should provide that.

“I think it’s important that the bikes come back to QR. The common complaint from the club bike guys is it’s boring. The additions are what I’d call for different club categories.”