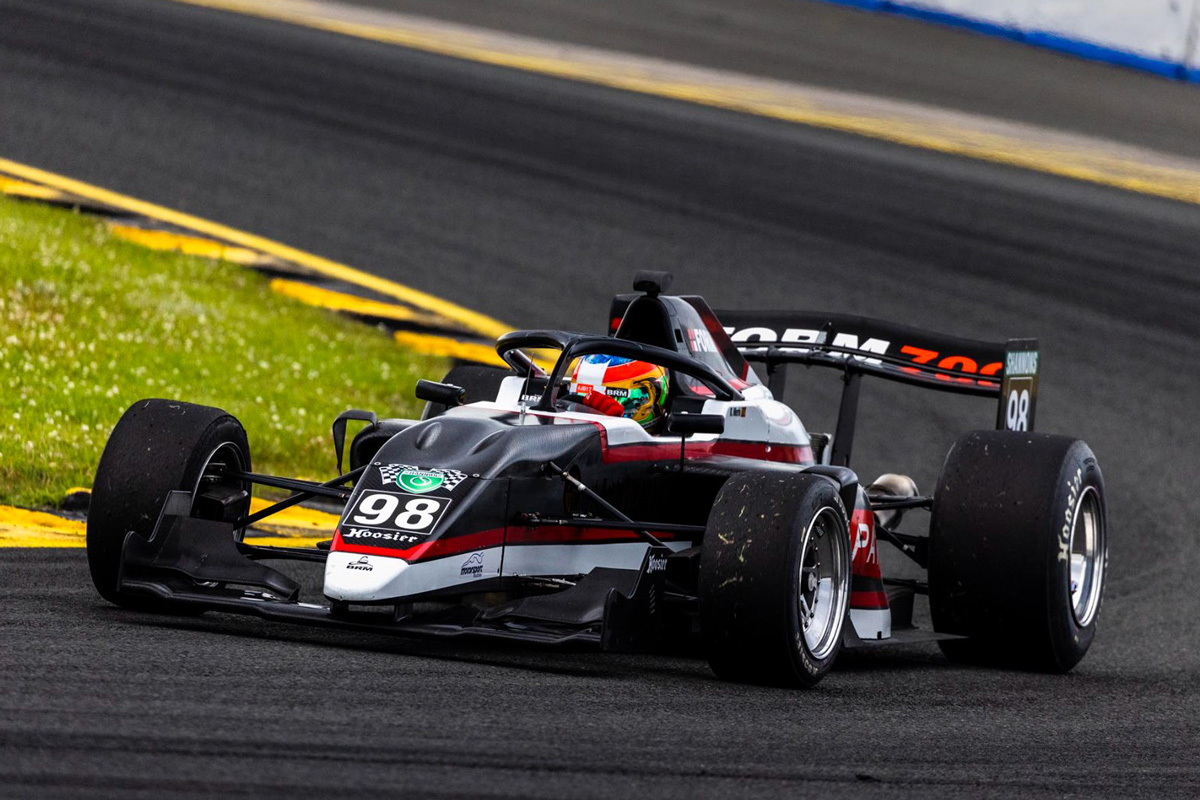 Roberto Merhi has spoken highly of his maiden taste of S5000 machinery as he gears up for a crack at the revered Mount Panorama circuit.

The Spaniard, who drove for Manor Marussia in the 2015 Formula 1 season, was the headline act in the Shannons S5000 Tasman Series field at Sydney Motorsport Park last weekend.

He emerged from there second in the points, only behind Aaron Cameron, and with plenty of nice things to say about the high-powered open-wheelers.

“I was really looking forward to driving this car because it was a championship I saw [Rubens] Barrichello drove in and I remember he was doing some races back in 2019,” Merhi told Speedcafe.com.

“I followed a bit of the championship and then got the opportunity to do it thanks to Chris [Lambden, S5000 category manager] and also to BRM.

“The car to be honest is quite fun to drive. It’s a bit old-school, I would say.

“The only thing is it’s a bit heavy compared to maybe in the past but it has a lot of horsepower, not so much downforce as you are normally used to with a Formula car, but it’s really fun to drive in.

“I think something that I like here is you can really push the car as much as you want.”

The second half of the inaugural S5000 Tasman Series unfolds as part of the Repco Bathurst 1000 this week, giving Merhi the chance to tackle Australia’s famed Mountain.

“So far, my favourite track is Macau and I think Bathurst is a bit similar to Macau in my opinion,” he said.

“It is something that I am looking forward to do and especially with the S5000, I think it is going to be a very nice race to drive in.”

If he can get acquainted relatively quickly, the reward could be the prestigious Tasman Cup which has previously been awarded to the likes of Bruce McLaren, Jim Clark, Sir Jackie Stewart and Chris Amon.

“My target is to try to win the championship,” said Merhi.

“We are in a good position because I am in P2 and obviously if I get used to the track in Bathurst well and I am comfortable with the car, the target is to have a strong weekend there and try to win more than one race if possible.

“I know it is going to be difficult because the competition is there and there is a lot of good drivers, but I’m sure my team can do a good job to try to give me a car that is able to win.”

On the whole, returning Down Under brings back good memories for the 30-year-old, who is a cycling enthusiast.

“The first time I landed in Australia, as soon as I land, I got the news that I was becoming a Formula 1 driver,” Merhi recalled.

“I imagine because of that already I like Australia especially more, because I have good memories from Australia. It’s a place that I really like to come… it’s a nice country.”

Merhi will be on double duties at the Bathurst 1000, also competing in Fanatec GT World Challenge Australia Powered by AWS.