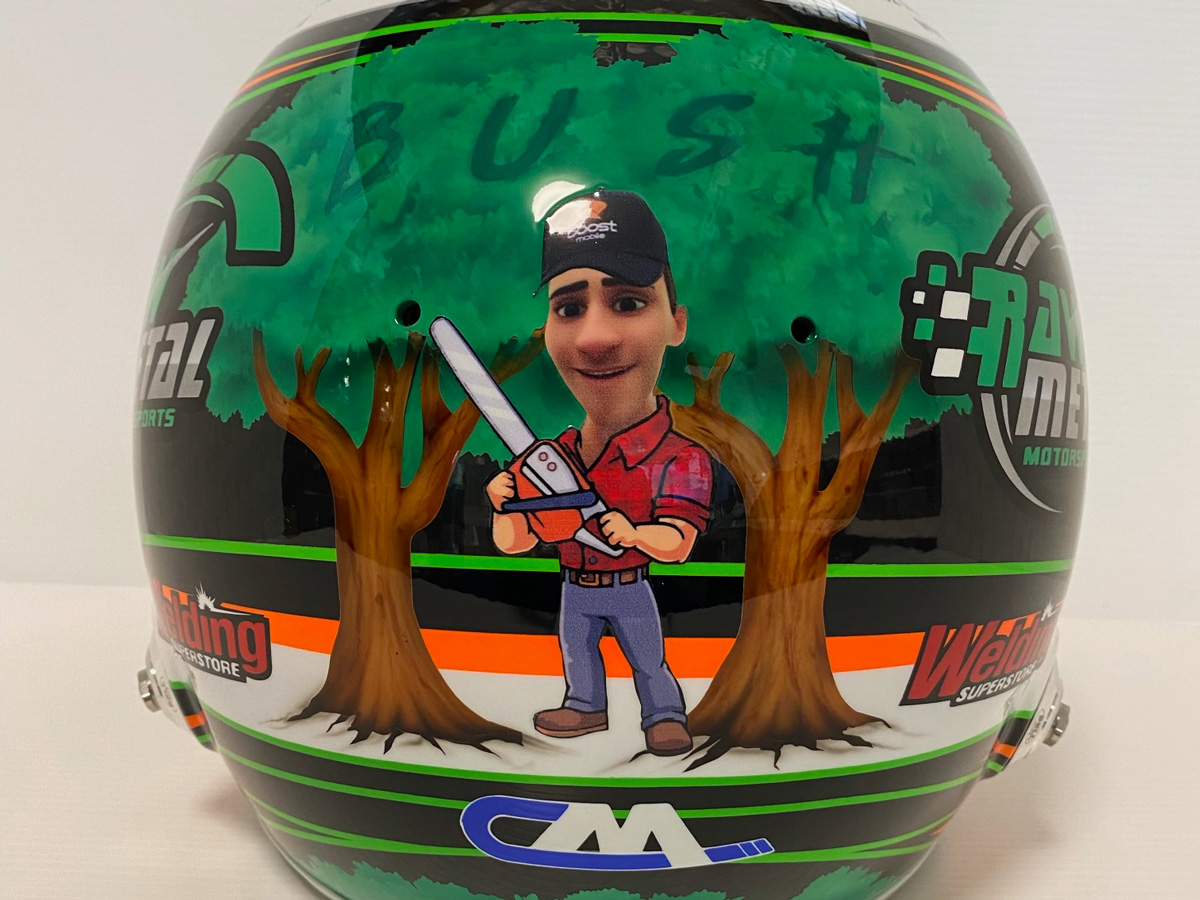 Brodie Kostecki’s new helmet, featuring himself as a cartoon character

Brodie Kostecki will shake things up at Mount Panorama with his first new race helmet in four years.

The Erebus Motorsport rookie will don a revamped scheme, featuring himself as a cartoon character, at this week’s Repco Bathurst 1000 event.

“Not many people know but I have had the same helmet for the last four years,” Kostecki told Speedcafe.com.

“I can finally put the old one into retirement. I was able to do so cool little features to the new one… we just wanted to have a little bit of fun with it, we put a cartoon character of myself on the back and sort of incorporated my nickname [Bush] into it.

“There’s a bit more colour on it. My last helmet wasn’t painted, it was only sort of stickered.

“I was supposed to have this helmet sort of towards the start of the year but there’s just been a few delays with COVID and whatnot, but it was good that we could finally get it finished before Bathurst.”

The 24-year-old’s first full Supercars Championship campaign has been headlined by podium finishes at Sandown and Sydney Motorsport Park. 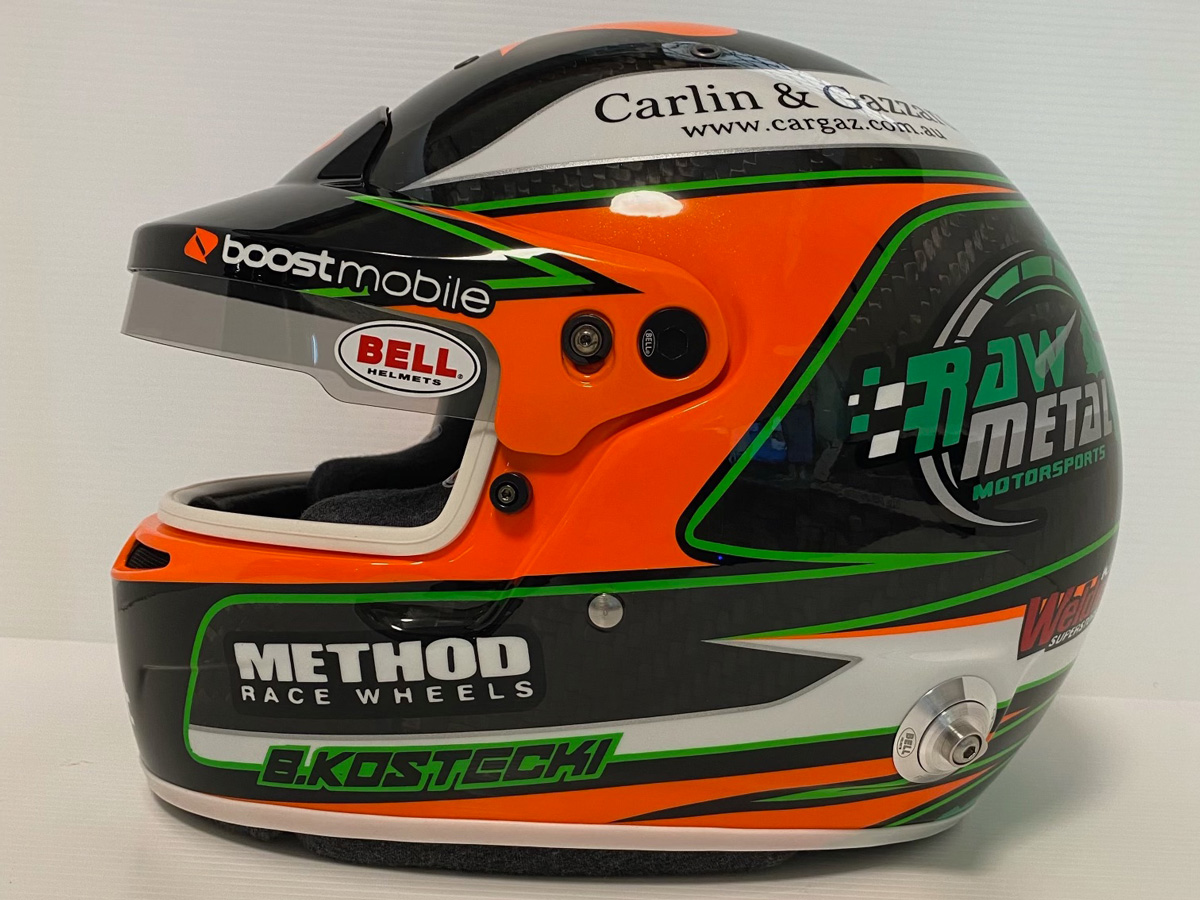 He was, however, overshadowed by team-mate Will Brown during the SMP four-peat, Brown taking a race victory and fourth overall in the Sydney Cup versus Kostecki winding up 11th in the mini-series.

“We both had fast cars at Sydney,” Kostecki said.

“I sort of just had a bit of a bad weekend on the second weekend and just made a mistake and sped on pit lane and then had that run-in with JC [James Courtney].

“Just sort of the weather played up a bit on us and we weren’t really that strong in the wet, and I just didn’t execute the races very well.

“But it will be good going into Bathurst, our cars have always been strong there and we both have solid co-drivers so it’s going to be really exciting for us.

“It’s just been really good that we’ve stepped up our pace for the end of the season… hopefully we can continue the form through to Bathurst and settle ourselves in for a strong start to the year after.”

Kostecki will combine with David Russell in the #99 ZB Commodore, with Brown working alongside Jack Perkins.

Brown and Kostecki are eighth and 10th, respectively, in the 2021 Repco Supercars Championship standings.