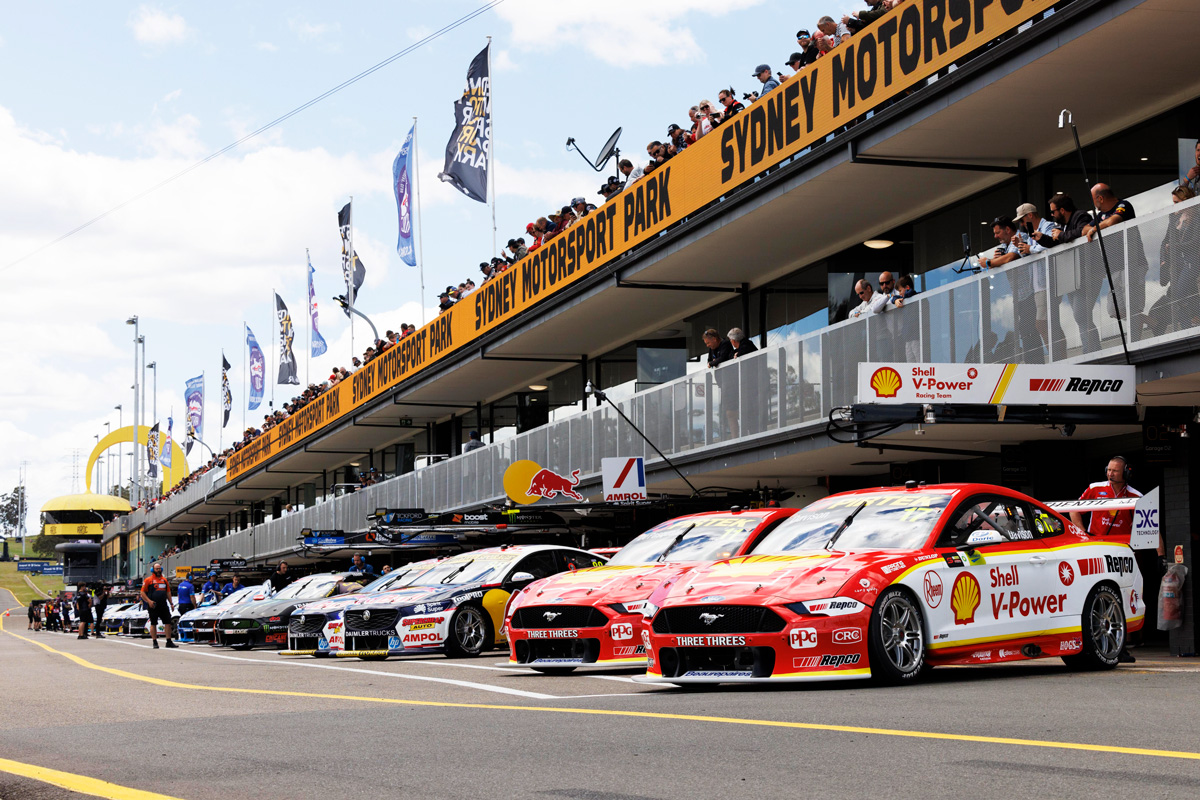 There will be changes to the pit lane order for 2022. Picture: Mark Horsburgh

Shane van Gisbergen and Red Bull Ampol Racing might have sealed both of Supercars’ titles last time out at Sydney Motorsport Park, but there’s still plenty to play for in the championship standings.

Each year, the Bathurst 1000 is the sole race that brings with it a full 300 points in one hit for any driver who can find their way to the top step of the podium. For a team, 576 points is on offer for a one-two.

Contrast that with the very real potential of a DNF and zero points from the brutal 161-lap enduro, and there can be dramatic implications for points tallies.

Seven days out from the season-ending race, every position from second down in the drivers’ championship is still up for grabs.

Whincup and Davison have both been the bridesmaid before, but Mostert has never finished a season better than fifth. But if things go wrong at The Mountain, either he or Davison could drop as low as sixth.

The latter equation is not quite as simple as being possible to drop below every driver currently less than 300 points behind.

For example, Erebus Motorsport young gun Will Brown is less than 300 points clear of 13th-placed James Courtney – but it’s not possible for Courtney and Tim Slade (12th) to still collect enough points to both leapfrog Brown.

Brown’s team-mate Brodie Kostecki faces stiff competition to hang onto a top 10 ranking, with just 164 points covering his spot in 10th all the way back to Jack Le Brocq in 16th. To put that into perspective, ninth place in the Great Race is worth 168 points.

Outside of Mostert, and rookies Brown and Kostecki, there are career-best placings on the line for the likes of Anton De Pasquale, Nick Percat, Todd Hazelwood, Andre Heimgartner, Le Brocq and Bryce Fullwood.

There’s even more at stake when it comes to the teams’ championship.

That table at the end of any given year crucially determines the pit lane order for the following season, with strategic advantage gained by securing a bay closest to pit exit.

Beyond that, Tickford Racing faces immense pressure to hang onto third.

The Tim Edwards-led squad has finished third in the teams’ championship in each of the past four seasons, but has Walkinshaw Andretti United, Erebus Motorsport, Brad Jones Racing and Team 18 all within striking distance.

Closest to pit entry, there’s set to be a position swap, with Matt Stone Racing holding a 396-point advantage over Team Sydney.

No bonus points will be awarded for fastest lap at Bathurst; that initiative being exclusive to sprint events.

Supercars Championship track action at Mount Panorama kicks off on Thursday with Practice 1 at 10:00 local time/AEDT.