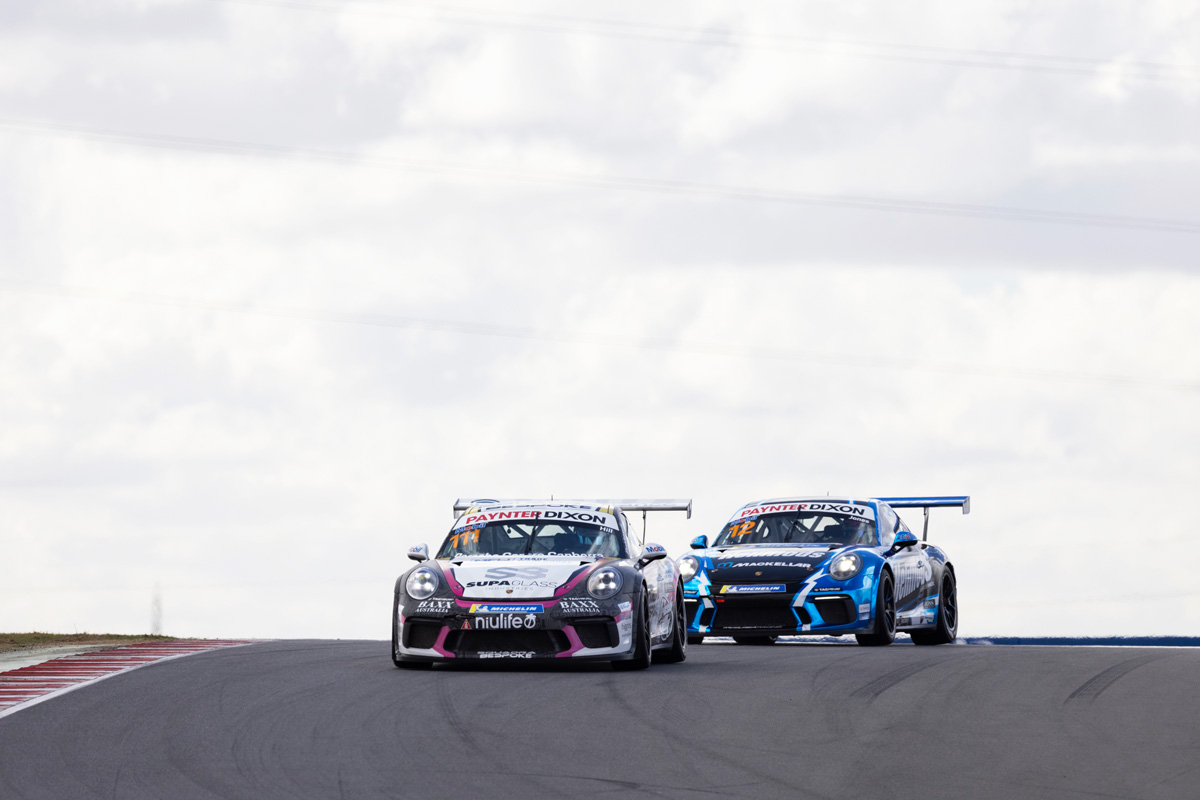 Porsche Paynter Dixon Carrera Cup Australia leader Cameron Hill is not taking his foot off the gas despite having his future secured with Triple Eight Race Engineering.

The Canberran will effectively step into the shoes of Supercars Championship-bound Broc Feeney in Triple Eight’s Dunlop Super2 Series programme next year.

But before then, he’s committed to the task at hand: staving off late title challenges from the likes of Cooper Murray.

Technically at the midway point of the season, the Carrera Cup campaign will rapidly pick up speed with a double round at Mount Panorama this coming week – whereby each of the category’s four races will denote half a round’s worth of points – followed by The Bend finale on December 10-12.

Hill and his CHE Racing team have prepared accordingly.

“It’s a big two weeks to finish the year, first the Bathurst event and then a week later we go to The Bend,” he said.

“We’ve prepared extra thoroughly, because a bad race at Bathurst will hurt more than any other this year.

“With two races per round, the points are weighted more heavily for each race so you can’t afford a DNF.

“We’ve made sure we have all the necessary human resources on deck, and we’ve put all brand new components in the car even if some parts weren’t due to be replaced.”

As CHE Racing team manager, Hill has had a busy period of late, including being on-hand for the Australian Formula Ford finale this weekend at Phillip Island.

“I’ve done everything I can to manage my energy, it’s cool to be back in the swing after the stoppage we had mid-year,” Hill said.

“I even got one of our mechanics to sit out the Phillip Island round so he could drive the transporter to Bathurst instead of me. I’ve been getting to bed early and making sure I don’t burn the candle at both ends.

“Our car has been strong at Bathurst every time we’ve raced there, so hopefully we hit the ground running.”

Carrera Cup competitors will have a sole 40-minute practice session on Wednesday afternoon (beginning 14:35 local time/AEDT) before getting into qualifying on Thursday morning.