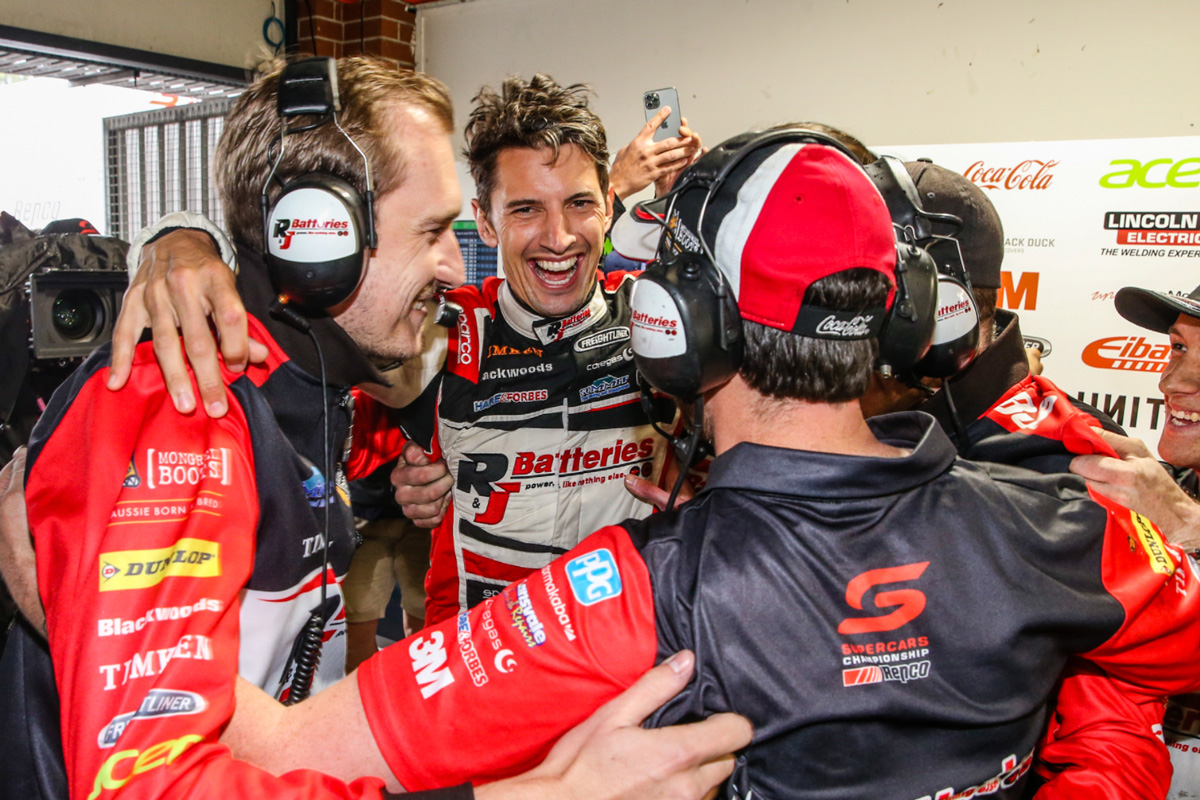 Form is on Brad Jones Racing’s side as it chases a maiden Great Race triumph.

The Albury outfit’s narrative of so close, yet so far at Mount Panorama in fact pre-dates its own establishment in 2000; no driver in Bathurst 1000 history has more podium finishes without standing on the top step than Brad Jones himself.

The now 61-year-old finished second thrice and third on another three occasions during his driving days.

BJR last featured on the Bathurst podium in 2009, when the late Jason Richards combined with Cameron McConville to finish less than a second shy of victors Garth Tander and Will Davison of the Holden Racing Team.

Momentum is high entering the 2021 edition though, with the team coming off a fruitful Sydney swing.

Its lead two-car garage of Nick Percat and Todd Hazelwood netted the fourth most of any team across the four Sydney Motorsport Park events, the last of which saw Percat on pole position only for weather to force Race 30 to be abandoned.

“We had a great run at Sydney Motorsport Park,” Jones told Speedcafe.com, with his squad right in the hunt to move up from sixth the teams’ championship standings.

“From the minute we got there, no matter which tyre we put on the car, we were pretty speedy. And you don’t just roll the same thing out every week, so the guys did an amazing job to stay on top of the set-up.

“Bathurst is a very different kettle of fish but it is nice to head up there with the momentum… but I don’t for a second feel like that will mean a lot when you get there.

“We’re going to have to work hard and hopefully we’ll get there with a good set-up and be on the pace.

“But it’s all so close at the moment between the teams, it’s just hard to predict until you get there and see what everyone else is doing.”

Helping its cause this coming week will be a wealth of experience recruited among its co-driver ranks.

Dale Wood, Dean Fiore, Chris Pither and David Wall have 45 prior Bathurst 1000 starts between them, with the least experienced of the lot – Wall – about to make his 10th attempt at the Peter Brock Trophy.

By contrast, BJR ran talented but inexperienced youngsters Thomas Randle (second start in 2020) and Jordan Boys (first start in 2020) alongside Percat and Hazelwood last year, the latter’s race ending with Boys in the pit straight wall.

“We really discussed it with the engineering group for each car about who would make a good co-driver for them, and this is pretty much where we ended up,” Jones explained.

“We ran Jordan last year and I was really keen to run him again this year but it just didn’t quite work out that way, which is disappointing for Jordan, but I rate him, I think he is a really good little peddler.

“I was disappointed that we couldn’t fit him into the squad but it was just really something each engineering group and I sat down with and worked through and this is what we came up with.

“If you look at the different drivers, Woody has been here before and we were very keen for him to come back. He’s always done a good job for us and I think he’s a very, very good co-driver, in fact I think one of the best.

“We just went through each one individually trying to get the right balance of experience and speed.”

Wood will join Percat in the #8 R&J Batteries ZB Commodore; Fiore will co-drive with Hazelwood in the Dunlop Super Dealer Racing #14; Pither returning to Coca-Cola colours with Macauley Jones in the #96; and Wall partnering Jack Smith in the #4 SCT Logistics entry.

The 161-lap main event will get underway at 12:15 local time/AEDT next Sunday, December 5.