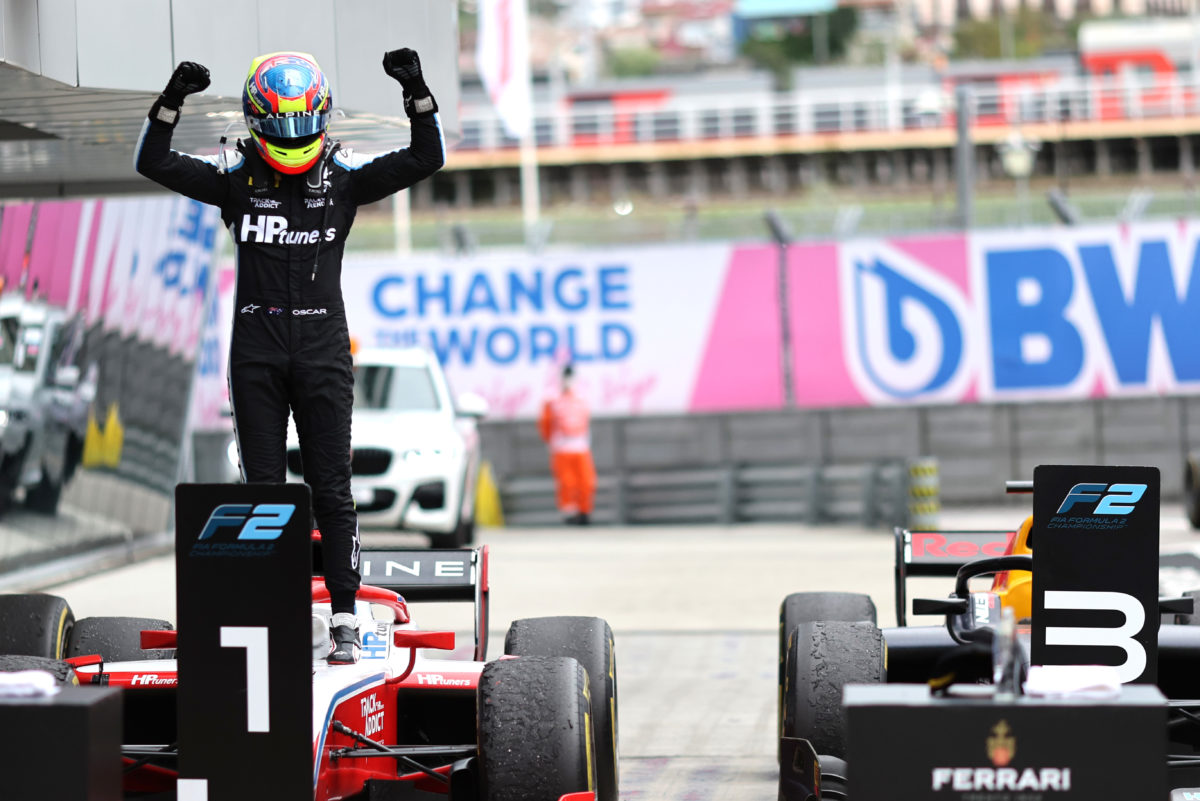 Oscar Piastri is heading into the final two rounds of the FIA Formula 2 Championship without the pressure of driving for his career to which he’s been accustomed.

The Australian has been confirmed as reserve driver for the Alpine Formula 1 team next season, offering him a degree of certainty over his future he’s not previously had.

“I think in terms of how I’m going to approach it, it’s going to be the same as I have all year; try and get pole position, win the feature race,” Piastri told Speedcafe.com.

“Those are the two main keys and then see what you can do in the reverse grid races, basically.

“It’s been nice to get all the announcements and stuff out of the way before these last two rounds, so there’s not really much pressure because, instead of trying to prove myself I guess, and fight for my future, it’s already sorted now for next year.

“So, I can go into it with a clear head, somewhat, and just focus on trying to win the championship.”

Success in this year’s championship would make for three title victories on the bounce, an accomplishment even Lewis Hamilton didn’t manage in his junior career.

Though he concedes the importance of winning the F2 crown from a career perspective has been reduced given his signing with Alpine, it remains a key personal goal.

“There’s not that need to prove myself anymore, so in that regard, it’s probably not quite as important as what was previously,” he reasoned.

“But at the same time, it doesn’t lessen my motivation to want to win at all because, as race drivers, it’s what we’re here to do, we’re here to win.

“So these last few rounds are much more about pride now, and trying to add to my CV, basically.

“There’s not any pressure to win it now, because if I don’t win it nothing changes for next year.

“In some ways I guess it is maybe not the most important thing for my future anymore, but that definitely doesn’t lessen my motivation.”

It creates an unfamiliar situation for Piastri, who has thrived on performing under pressure throughout his career to date.

In recent years, continued success has been a pre-requisite to continue chasing his dream.

With that locked away, he’s looking forward to enjoying his final two Formula 2 outings.

“I think you’re right, actually – certainly for the last couple of years,” he said when asked if the next two events were the first time since he began racing that he’ll have no pressure to perform.

“In Euro Cup, there was the prize of joining the, at the time, Renault Academy, so it was a decent amount of pressure to try and get that – and a bit of prize money too!

“And then F3, again, there was a bit of prize money, but also because in F3 everything happened so quickly in the season, we didn’t really have any talks for the following year until after the season had ended.

“All of those F3 races were important because we hadn’t event talked about the following year.

“This year, and I don’t think it’s just me in this situation, I mean [Guanyu] Zhou’s already sorted for next year, [Dan] Ticktum’s just been announced in Formula E, so I think for quite a lot of us actually it’s probably the first time in a long time where there’s not as much pressure to perform.

“So yeah, I would agree, it’s the first time in a long time that there’s not… there’s still a bit of pressure, and I guess personal pressure for myself wanting to win, naturally,

“But I guess it is, in the grand scheme of things, less pressure than probably the last couple of years.”

The Jeddah street circuit hosts the penultimate round of the 2021 Formula 2 Championship next weekend, supporting the Formula 1 Saudi Arabian Grand Prix, with Abu Dhabi the scene of the season finale a week later.