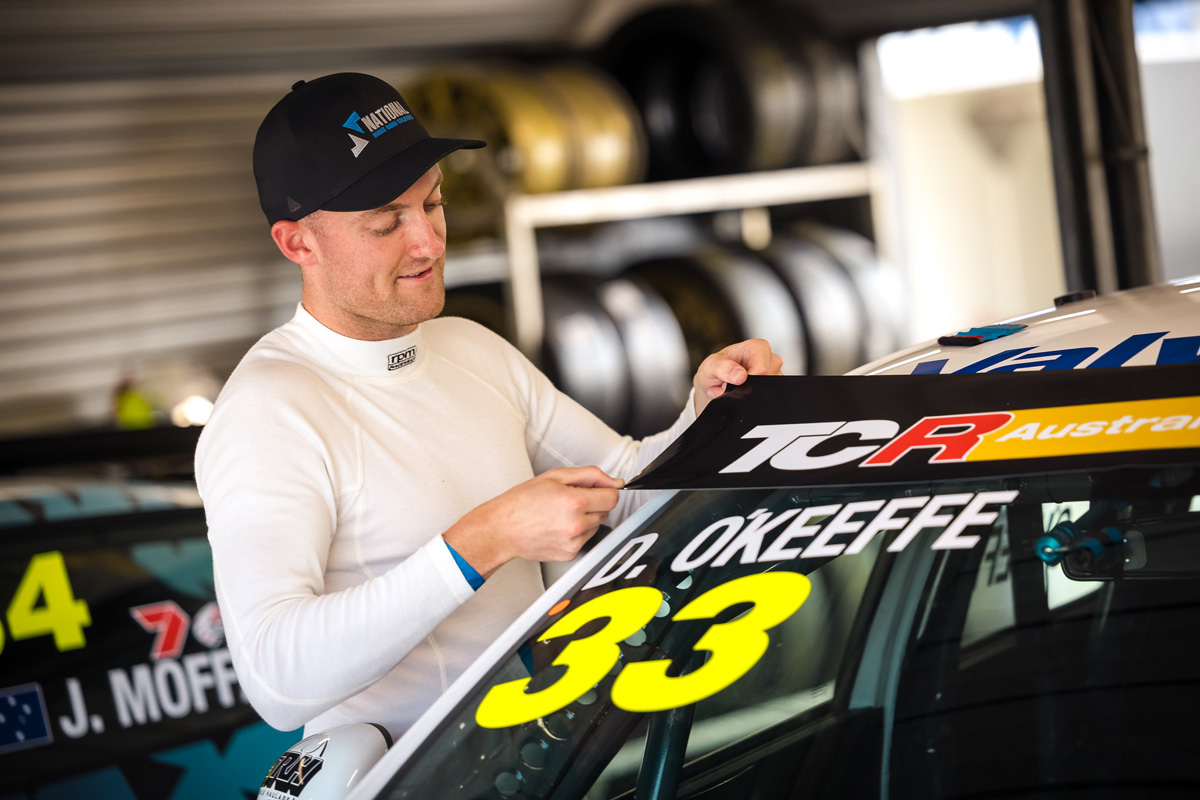 For the first time in his motorsport career, Dylan O’Keeffe will be on double duties next week when both the Repco Supercars Championship and Supercheap Auto TCR Australia head to Mount Panorama.

In addition to his usual TCR ride aboard the Garry Rogers Motorsport-run #33 Renault Megane R.S. TCR, O’Keeffe will be making his second start in the Great Race.

Having placed 11th in the Bathurst 1000 last year when paired with Andre Heimgartner at Kelly Racing, O’Keeffe will team up with Team Sydney’s Garry Jacobson this time around.

“I’m really excited for the opportunity this week to run in two different categories, it’s something new for me,” said O’Keeffe.

“It will be a long week but fortunately most of the sessions are spread out quite nicely which will limit the stress.

“I’m quietly confident about the TCR round. We’ve made a few improvements over the break and had some positive test days. We actually had quite decent pace at Bathurst during the Easter round so that bodes well.

“The testing in the Supercar has also been valuable and I’m feeling comfortable in the PremiAir Hire Commodore.

“I’m getting along with everyone at Team Sydney and I work well with Garry so I think we’re all just eager to get into it in Practice 1.

“I’ll be putting in 110 percent to TCR, but the whole week will be a big build up to the big race.

“So if we can start well in the Renault, I’d hope we could carry that form across to the Holden.”

His first session in TCR at the Bathurst 1000 will come on Tuesday morning, with Thursday marking opening practice for the Supercars Championship field.