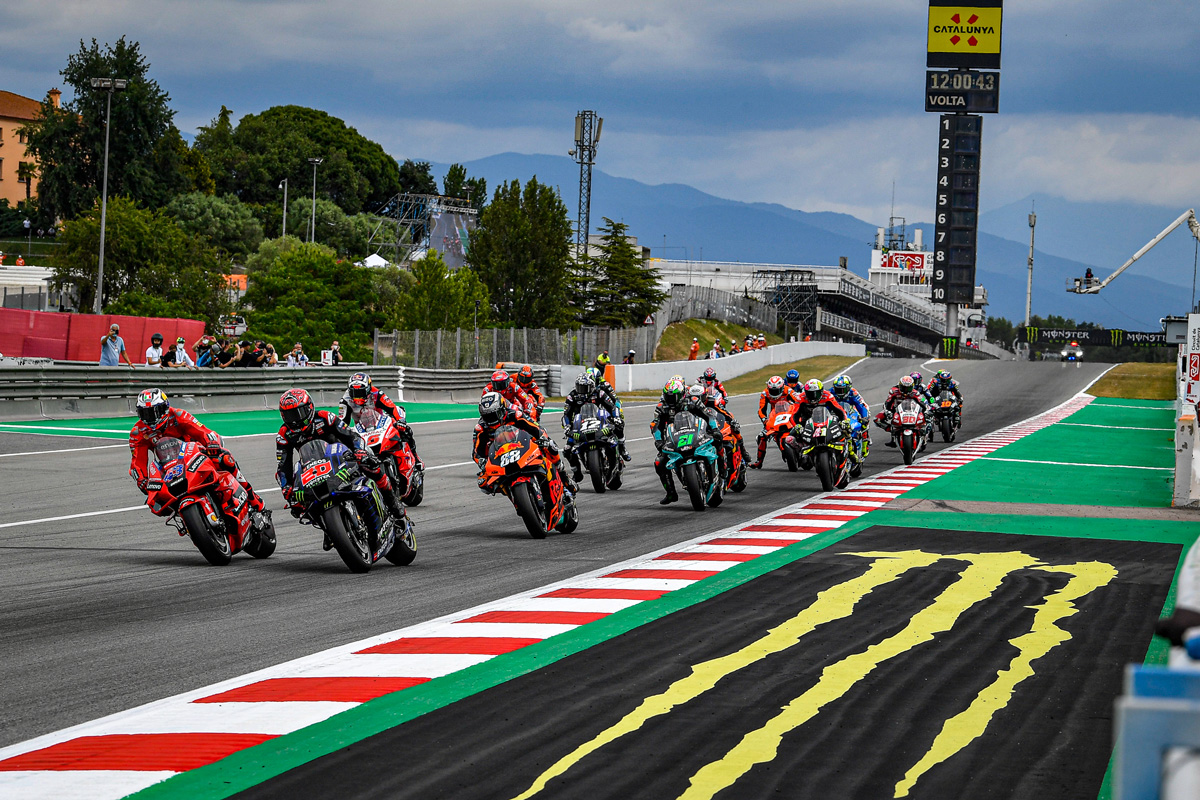 The deal sees the Spanish venue confirmed on the 2022 MotoGP calendar, with another two grands prix guaranteed between 2023 and 2026. In its off years during that period, it will alternate with other venues on the Iberian peninsula occupied by Spain and Portugal.

“This contract renewal with the Circuit de Barcelona-Catalunya for five more seasons is, without a doubt, fantastic news for MotoGP,” said Dorna Sports CEO Carmelo Ezpeleta.

“The spectacular Catalan track has been linked to MotoGP since the first beginnings of Dorna and has been a key fixture on the calendar each season.

“This important agreement extending the collaboration until 2026 demonstrates, once again, the commitment shown to our Championship by the promoter.”

“We are very pleased to continue hosting the most important competition in the world of motorcycling,” said Torrent, who is also the Catalan Minister of Business and Labour.

“This is great news for the fans of our country, for the international projection of Barcelona and Catalonia, and for the objective of turning the circuit into a strategic piece for the economic and social development linked to the green mobility industry.”

The announcement comes as Circuit de Barcelona-Catalunya also secures its future with Formula 1 until the end of 2026.

The 4.6km circuit first hosted MotoGP in 1992 under the moniker of the European Grand Prix, and has been known as the home of the Catalan Grand Prix since 1996.

The 2022 Catalan Grand Prix has provisionally been scheduled for June 3-5.