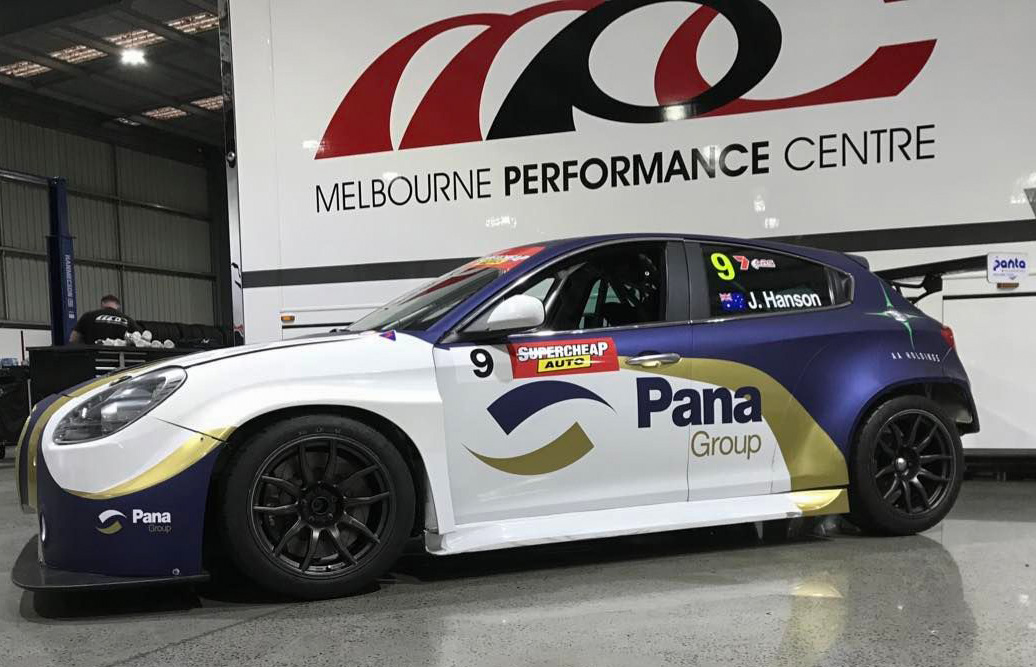 Melbourne Performance Centre’s Jay Hanson will honour a recently deceased supporter of his with a special livery at next week’s Supercheap Auto TCR Australia round at Mount Panorama.

“One of my sponsors, who has literally been with me all the way through go karts, pretty much been with me since day one, unfortunately passed away a few weeks ago,” he explained.

“It’s more of a tribute to him and his family for everything they’ve done for us, so we thought we’d give them a little something back in return.

“We thought about what we could do to do something special so we elected to give his company, Pana Group, the whole car.

“There are no other sponsors on the Alfa Romeo other than AA Holdings. These two organisations are like brothers so for the companies to share the car is quite special and it means something to their family.

“The Alfa Romeo came up really cool in those colours. It’s the first time we’ve wrapped the whole thing and it turned out really good.”

Hanson to MPC during the long break in competition, meaning the TCR Bathurst 400 will be his first round with the squad.

It will also be his last with the Alfa Romeo which be brought across, having already been confirmed as driver of a new-generation Audi RS 3 LMS next year.

“We’re going to go there with the same mindset, the team’s learning me and the car, as I begin working with the MPC crew,” he said.

“We went well earlier in the year, so hopefully we can carry on a bit of that and we have a good weekend.”

Round 5 of the Supercheap Auto TCR Australia Series supports the Repco Bathurst 1000, with Practice 1 on Tuesday at 10:40 local time/AEDT and three, 21-lap races over the course of the event.