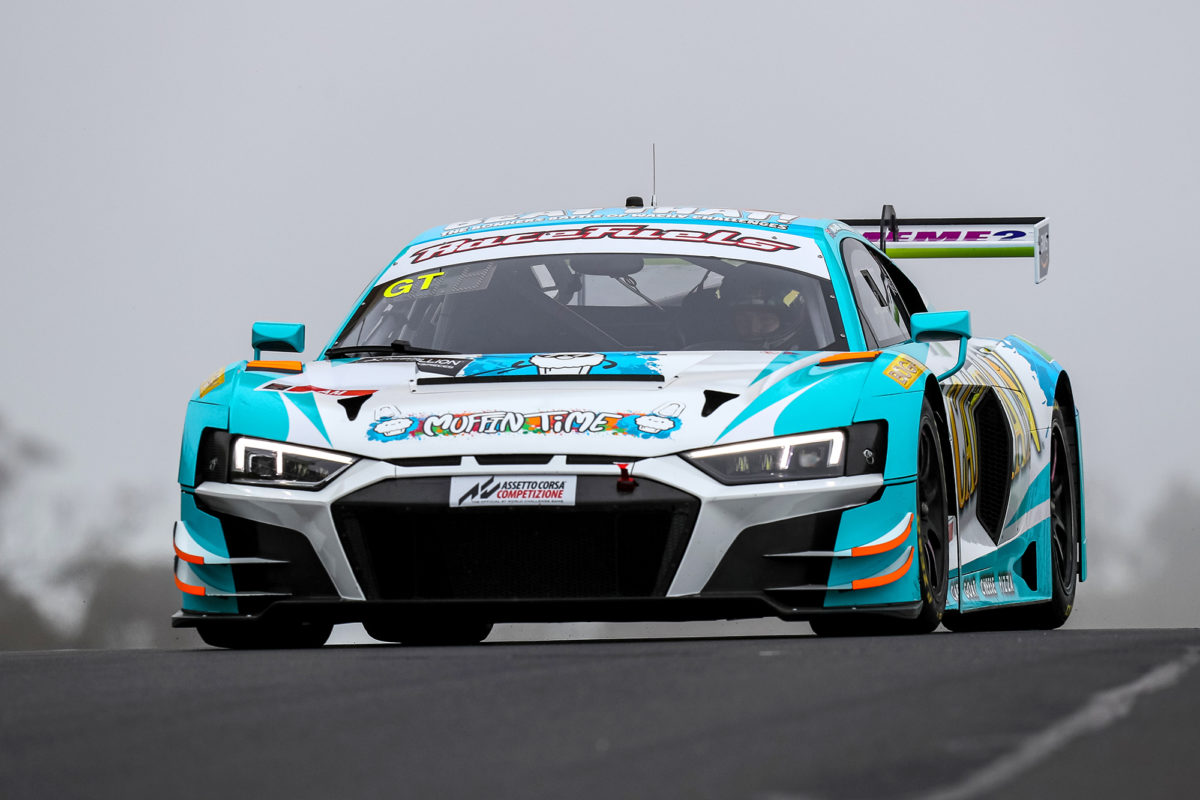 The Mark Rosser Audi which Roberto Merhi will drive

Ex-Formula 1 driver Roberto Merhi will contest next week’s round of Fanatec GT World Challenge Australia Powered by AWS at the Repco Bathurst 1000.

The Spaniard, who is vying for the Shannons S5000 Tasman Series which also concludes at Mount Panorama, will drive with Mark Rosser in the latter’s new Audi R8 LMS Evo.

He will not be the only high-profile international in the field, with Yasser Shahin to share his own Audi with two-time Bathurst 12 Hour winner Christopher Mies, as previously reported.

Rosser landed Merhi’s services after carrying out odd jobs for Team BRM when the S5000 Tasman Series got underway at Sydney Motorsport Park, and hopes to learn from the former Marussia driver.

“Obviously he’s a very talented driver so hopefully I can learn a thing or two from him and it will be exciting to watch him learn the track as well,” he explained.

“I was sitting in a lot of his debriefs at Sydney Motorsport Park with the Team BRM guys in the S5000 and just hearing his feedback was a really good learning experience for me.

“I’m sure he’ll dial in the car nicely for me at the Mountain.”

Shahin will look to clinch the Pro-Am championship title at Bathurst, having led all season in the #777 Audi which he had shared with Garth Tander.

Shahin’s nearest rival for the title, Triple Eight Race Engineering’s Prince Jefri Ibrahim, will also have a new driving partner at Bathurst for the same reason.

Ibrahim would have shared the #888 Mercedes-AMG GT3 with Shane van Gisbergen, but with the Kiwi aiming for back-to-back Great Race victories with Tander at Red Bull Ampol Racing, Peter Hackett has been given a call-up from the Banyo squad.

Liam Talbot and Fraser Ross are also back in the Australian GT field in a Pro-Am Audi, with the Grove Racing Porsche 911 GT3 R of Stephen and Brenton Grove being the only unchanged entry in the class.

In the Am class, AMAC Motorsport’s Andrew Macpherson and Ben Porter have swapped to a Porsche 911 GT3 R, while James and Theo Koundouris return.

Trophy front-runner Brad Schumacher has upgraded to a newer Audi R8 GT3 LMS and will try to beat Brett Jobson to the class title, while Scott Taylor has entered a Porsche 911 GT3 R.

Bentley will be represented on the grid again by Mike Bailey.

Two practice sessions will be held on Tuesday, before qualifying on Wednesday and the first of two races on Thursday.