Craig Lowndes anticipates that this year’s Repco Bathurst 1000 will be run at or close to record pace.

Nine of the last 11 Great Races have been won in a time of less than six-and-a-half hours, the exceptions being the predominantly wet 2017 affair and the bizarre 2014 contest which was suspended midway through for track repairs.

That presumably was one factor in the decision to shift the official race start back to 12:15 local time, the latest ever, although Supercars CEO Sean Seamer noted that, with less racing near the middle of the day, the average temperature through the 161 laps should be lower than otherwise.

Regardless, Lowndes does not conceive heat will be a major issue.

The seven-time Bathurst 1000 winner does, however, believe the pace will be hot, pointing to the potential of his own Red Bull Ampol Racing, the Shell V-Power Racing Team, Erebus Motorsport, and Walkinshaw Andretti United.

“Being a later start, more of a midday start, is something that we’re all going to have to combat,” he said.

“Most cars, most drivers run coolsuits now, so I don’t think on a driver side it’s going to be as big of an issue, but I think the pace of the race will be really intense.

“There’s no doubt that the car’s reliable, we’ve seen throughout – especially now we’ve resumed racing – we’ve seen the Erebus cars step up with both drivers, we know that DJR with those guys will be quick, and we’re going to be in the mix of it.

“You’ve got Chaz Mostert, you’ve got a whole array of cars, a combination of good co-drivers, that are going to be making it a very fast race.

“I’m predicting it’s going to be probably one of the record races.”

As has been the case since his retirement from full-time driving in 2018, Lowndes will pair up with Jamie Whincup in one of the Triple Eight entries.

The 47-year-old has not raced a Supercar since last year’s Bathurst 1000, but says he has kept sharp in 2021 thanks to the usual programme of testing, development work with the Gen3 mule, and competing in Porsche Paynter Dixon Carrera Cup Australia.

“I’m really looking forward to it,” he said.

“I’ll be sort of doing triple duties over the course of the week – running the Porsche, doing Supercars, and doing commentary – so it’s going to be entertaining running around.

“At the end of the day, for me, more miles around there is paramount because you just can’t get sick of the place.” 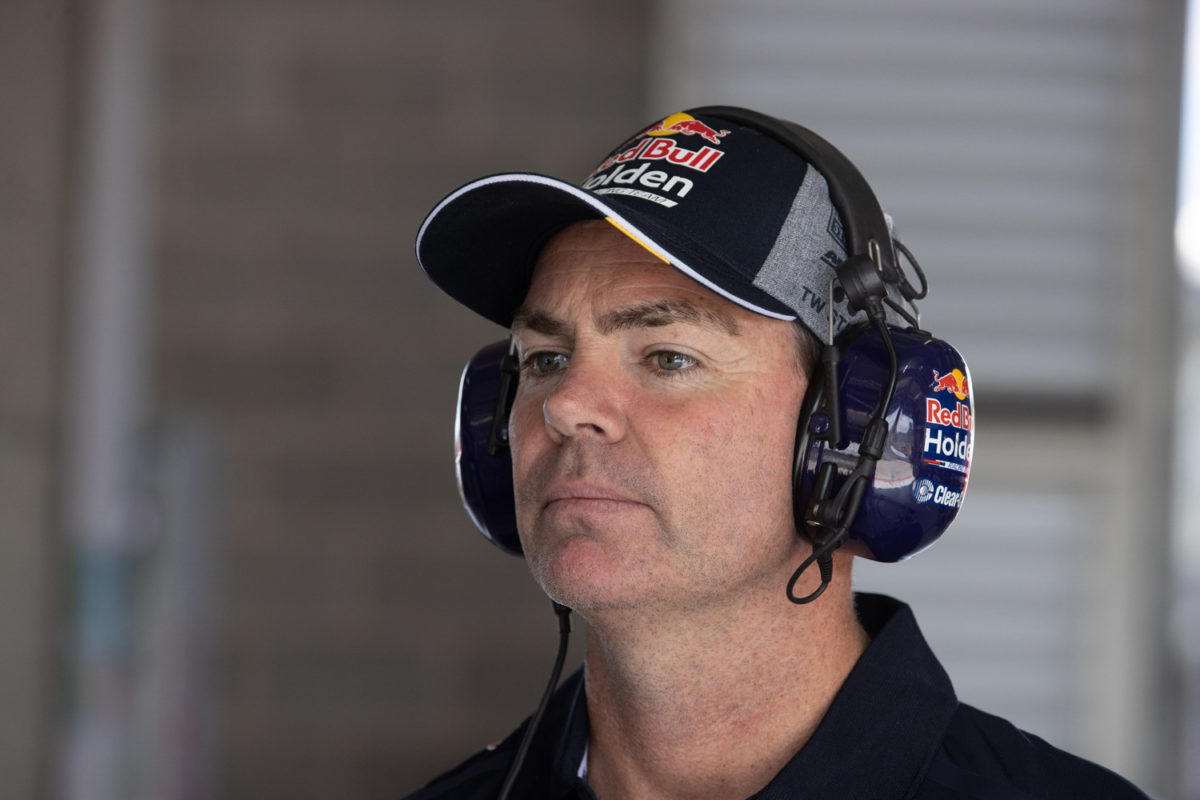 Lowndes is also keen to hear the roar of a crowd at the top of the mountain again, after spectator numbers were capped to just 4000 per day, at the bottom of the hill, last year.

“It’s an infectious feeling, just being able to go up Mountain Straight every time, and you go up into The Cutting, going across the top of the mountain…” he added.

“Crowds will be back, and that’s what I thrive on, is the sound.

“One of the beautiful things about Bathurst is at the start of the race and the end of the race, you can actually hear the crowd, because they’re raised above you, going across the top of the mountain.

“For me, that atmosphere is what I love.”

Sunday week’s race at Mount Panorama will be Whincup’s last as a full-time driver and, depending on how the four-time Great Race winner feels early next year, possibly his last ever.

Lowndes went through a somewhat similar experience three years ago, and will be out to take the pressure off the man with whom he has shared a Bathurst 1000 threepeat.

He says the weekend will be a special one for Triple Eight not just because of the end of the era of Whincup as a driver, and Roland Dane as team principal, but also potentially for team-mates Shane van Gisbergen and Garth Tander going back-to-back.

“We’ve been team-mates for a long time, [and] we’ve shared some great results together,” noted Lowndes of Whincup.

“We’ve mentioned that this is probably an opportunity for Shane and Garth to go back-to-back like Jamie and I have done, so it really is something special for the whole team, but at the end of the day, for me, I’m just going to support Jamie as best I can.

“It’s his last full-time drive, I know the emotions he goes through, especially when we drive across the Blue Mountains; you come down into Bathurst, you see that ‘Mount Panorama’ in white rock, it gives you goosebumps.

“It is a magical place, and it’s our grand final, and I’ve always said that if there’s one race that you want to win through your career, it is Bathurst.

“We’ve been lucky enough to have our name on the trophy a couple of times; hopefully a few more.”

The event starts on Tuesday, November 30, with Practice 1 for the Repco Supercars Championship field on Thursday, December 2 at 10:00 local time/AEDT.