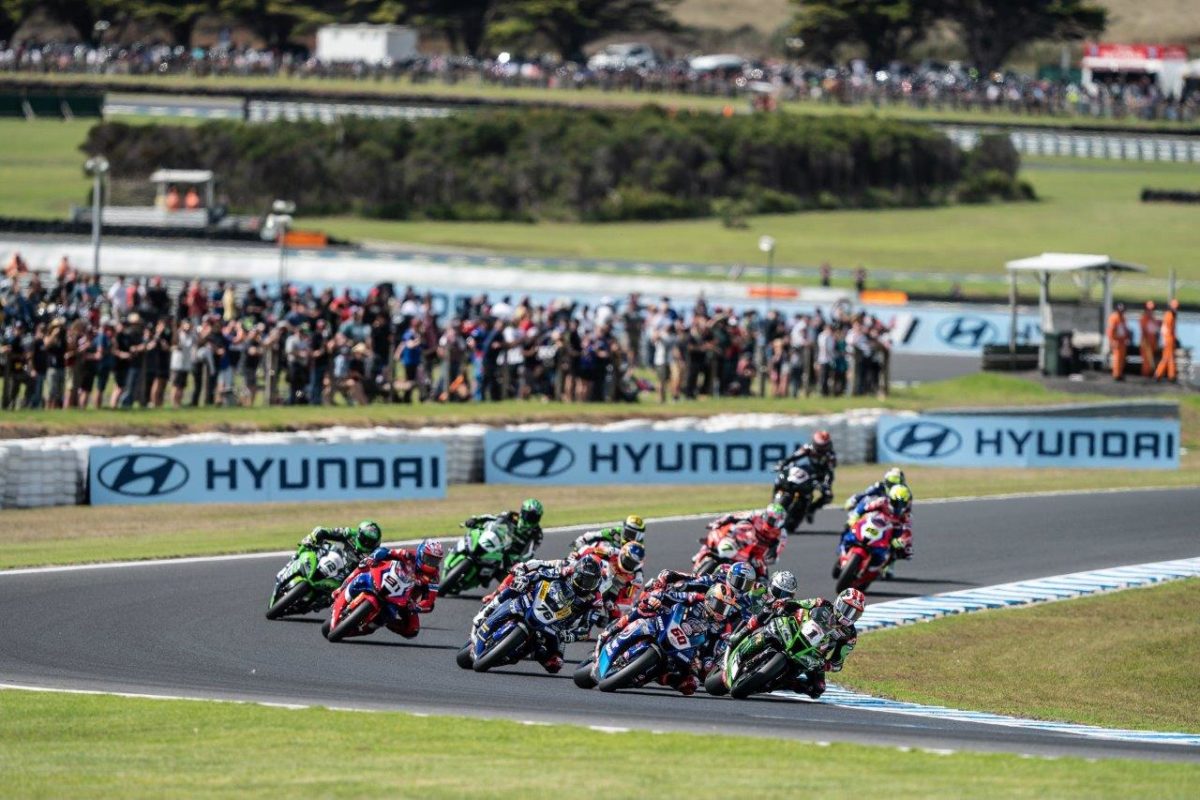 Phillip Island will host the final of the 2022 Superbike World Championship, the provisional calendar for which has now been released.

The Australian Round is set to be the last of a 13-round season, albeit with an as yet unconfirmed date.

Phillip Island had come to be the usual season-opener but has not been on the calendar since Round 1 of the 2020 season, just before the COVID-19 pandemic took hold.

As for the 2022 campaign, a supported test takes place on April 4-5 at Aragon, before the Spanish circuit also hosts Round 1 on April 8-10.

The first nine events will be held in Europe, with Aragon followed The Netherlands’ Assen, Portugal’s Estoril, Italy’s Misano, the United Kingdom’s Donington Park, the Czech Republic’s Most.

The summer break follows, which ends with Round 7 at France’s Magny-Cours, then Spain’s Barcelona-Catalunya and Portugal’s Portimao.

Round 10, as the calendar currently stands, takes place at Argentina’s San Juan Villicum, followed by Indonesia’s Mandalika on November 11-13 and finally Phillip Island, with another round to be announced.

“WorldSBK will bring a refreshed brand identity for 2022 and we look forward to the season after two challenging seasons due to the COVID-19 pandemic.

“A 13th round will take place and we have some options for where this event could be, whilst it will be great to welcome Australia and the Phillip Island Grand Prix Circuit back to the calendar, this time closing the season.

“The date is to be confirmed due to logistical challenges that require further analysis.

“I am pleased to welcome back two of 2021’s new circuits: the Autodrom Most and the Pertamina Mandalika International Street Circuit. We look forward to another fantastic season of WorldSBK action.”

Oli Bayliss, son of three-time WorldSBK champion Troy, will ride for Ducati next year in the Supersport World Championship which is top feeder category.