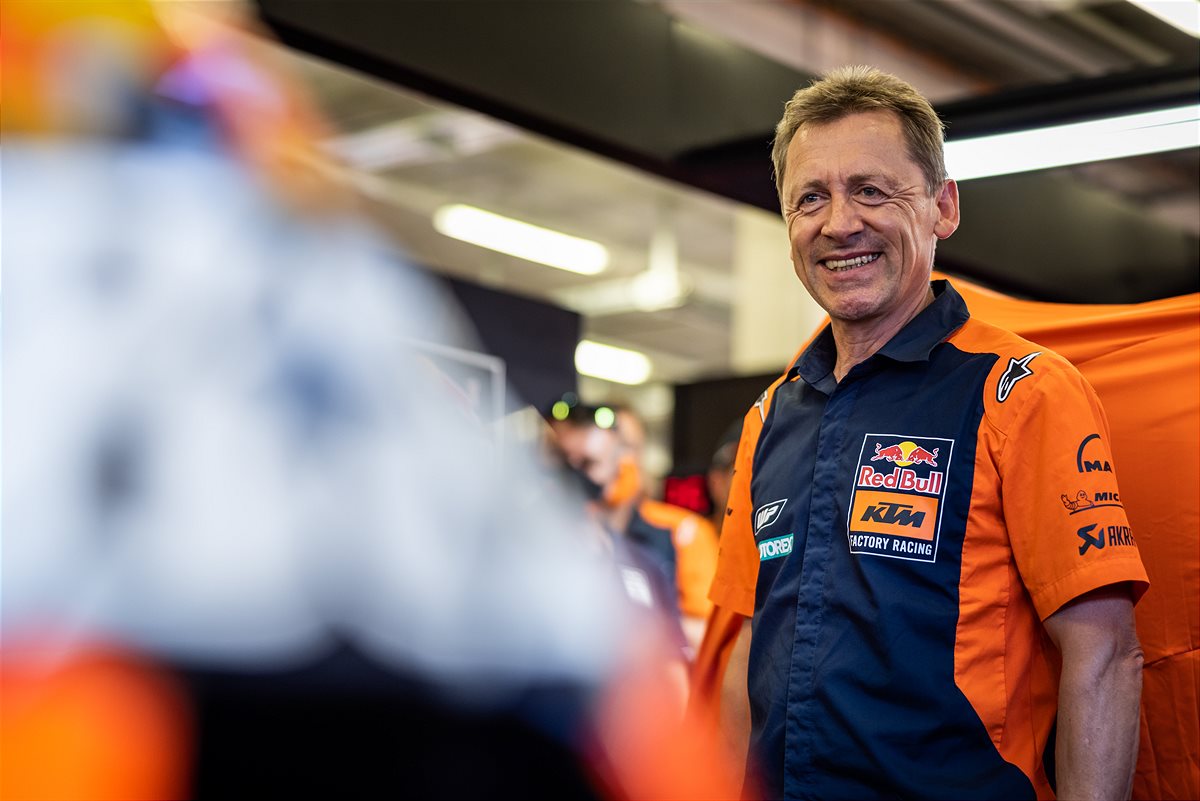 The Red Bull KTM Factory Racing MotoGP squad is set for a new team boss after announcing the departure of Mike Leitner.

Pramac also blooded Jack Miller and Francesco Bagnaia before both made the step up to the factory Ducati Lenovo Team this year.

Leitner is said to be moving into consulting work, which suggests he is unlikely to take up the vacant team manager role at Suzuki Ecstar.

KTM Motorsports director Pit Beirer said, “Mike has been a key figure in our mission to fight against the best in the world of road racing.

“Together, we created a MotoGP structure with the right staff and the right riders which achieved outstanding results at the pinnacle of the sport.

“We started building our RC16 and the whole plan from a blank piece of paper and under his guidance we put a great team together; one that took on the challenge of MotoGP.

“Now, after seven years together, we decided to reorganise our MotoGP leadership for the future, and I cannot express how much we want to thank him for all the work he put into this project.

“Mike pushed very hard to get us from the back of the grid to the front row and his dedication has played a major part in our success story.”

As Beirer noted, Leitner has been at KTM since before its first ever MotoGP race, that being the 2016 finale at Valencia.

He was a rider himself, in grand prix level in the 125cc class, and later Dani Pedrosa’s crew chief at the Repsol Honda Team.

KTM has so far amassed five MotoGP race wins during Leitner’s tenure, including the two for Tech3, and its results last year were such that it lost development concessions for the first time.

Red Bull KTM Factory Racing will continue to field Miguel Oliveira and Brad Binder in 2022, while Tech3 KTM Factory Racing is comprised of an all-rookie line up of 2021 Moto2 world champion Remy Gardner and the intermediate class runner-up Raul Fernandez.