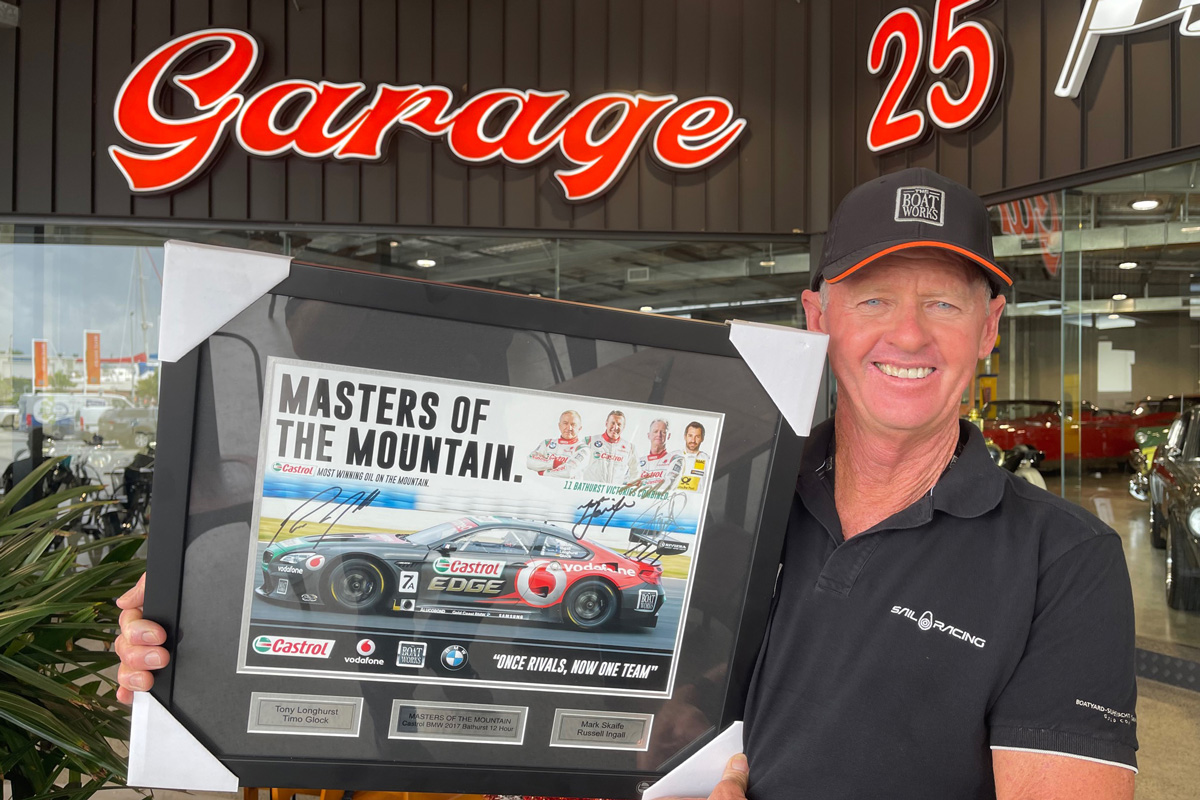 Longhurst, who took his first Bathurst 1000 win in 1988, and Castrol have donated a limited edition memorabilia piece celebrating their involvement in the 2017 Bathurst 12 Hour.

This professionally framed piece (50cm x 60cm) features an action shot of the car and personal autographs from all four drivers.

“Garry Coleman has been around longer than me and that is saying something,” said Longhurst.

“It is great that the community has come together to support Motor Racing Ministries and Garry’s personal contribution to the sport.

“I have personally had a long association with Castrol and it is cool that we have been able to work together on getting these items together.”

The Super Auction has been created to pay tribute to Motor Racing Ministries founder Coleman who will officiate at a Supercars event for the last time at Bathurst on December 5.

The auction, which is being presented by Lloyds Auctions, will run until 7pm, Tuesday, December 14, and can be accessed HERE.

Speedcafe.com founder Brett ‘Crusher’ Murray was delighted to see Castrol and Longhurst team up for this project.

“Castrol has been a great partner of Speedcafe.com for many years and we thank them for their support of the inaugural Super Auction,” said Murray.

“The campaign of the BMW GT3 in Castrol colours at the 12 Hour was a memorable one and this limited edition piece is set to become a real collector’s item.

“We would also encourage fans to check out the Castrol luggage which is very cool.”

The inaugural Super Auction is being presented by Speedcafe.com Platinum Partner Lloyds Auctions, who will generously waive their regular fees and handle all transportation and delivery costs to ensure 100 percent of all monies go directly to Motor Racing Ministries.