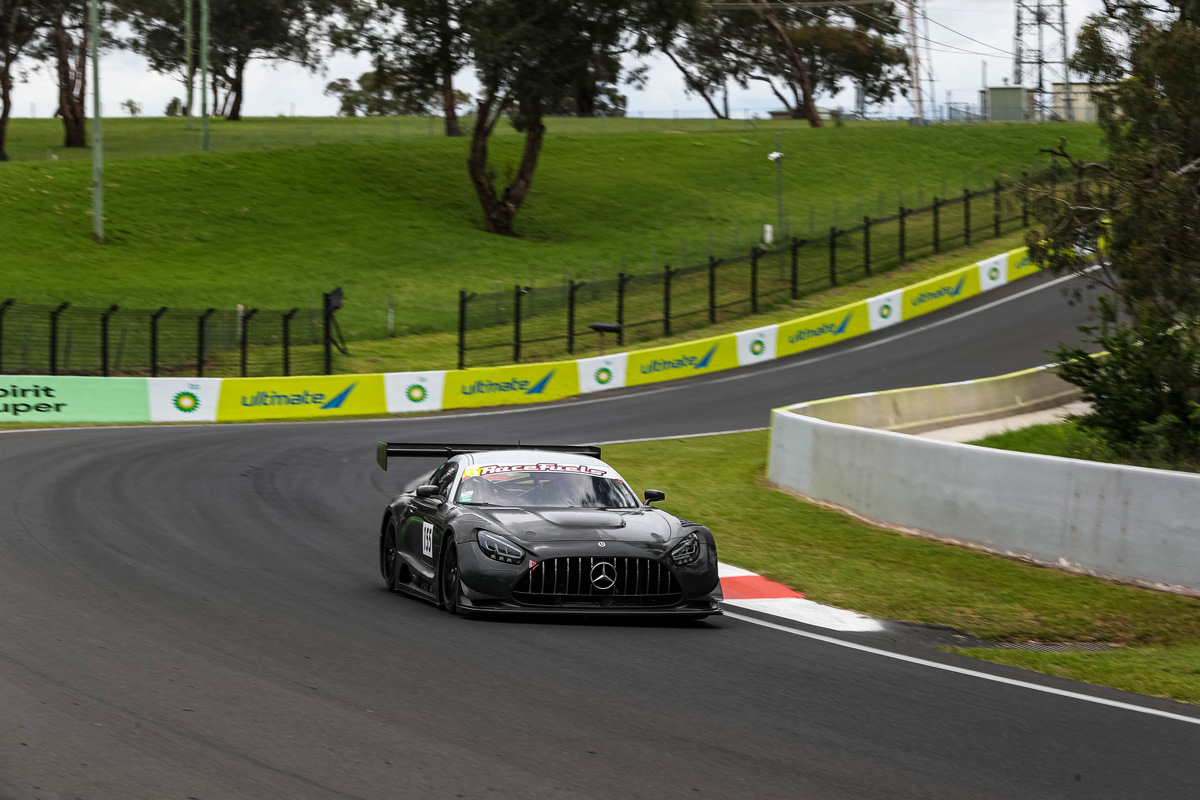 The Mercedes-AMG GT3 in action at Challenge Bathurst

Michael Sheargold and Garth Walden have affirmed their place on the grid for Fanatec GT World Challenge Australia Powered by AWS at the Repco Bathurst 1000.

The event will represent their first race meeting aboard the RAM Motorsport Mercedes-AMG GT3, which has been prepared by GWR Australia.

Sheargold and Walden took the car for a spin at Challenge Bathurst earlier this month, before conducting a private test day last week.

“We made good progress at both Challenge Bathurst and the subsequent test day, which has given us confidence to enter the GT round,” Sheargold said.

“I’m not going to Bathurst with any sort of unrealistic goals, but I’m a competitive person and I certainly want to keep improving.

“Working with Garth has been beneficial – he’s such an experienced campaigner and in testing, he’s been able to work on car set-up while I’ve concentrated on my driving technique.

“Competing in the last GT round at Bathurst will be a good opportunity for the two of us to get our first race under our belt in the Mercedes, and get a feel for what it’s like to compete in a GT event without the pressure of a championship to worry about.”

Walden reported progress being made with the car, even if conditions at Challenge Bathurst forced some track time to be cancelled.

“The first day of Challenge Bathurst wasn’t too bad and we were able to give Mike plenty of time in the car while the track was dry,” Walden said.

“Unfortunately, the weather deteriorated and on the second day, one session was cancelled and in the other session, there were rivers running across the track in some places while it was completely dry in others, which made it hard to assess the car balance.

“Fortunately, the conditions were fine at the other test we did last week and we made some very positive progress with the car, finding a setup that worked for both Mike and myself.

“At Bathurst, the best race car is a safe and predictable race car; you don’t want a car that is going to do anything unexpected because at the top of the Mountain, it will bite you.

“We’re both looking forward to racing at Bathurst and there are no expectations or pressure – we just want to get through the event unscathed and tick the first GT round off our list.”

The GTWC leg of the Bathurst 1000 will take place across November 30 to December 3, with two races in total.