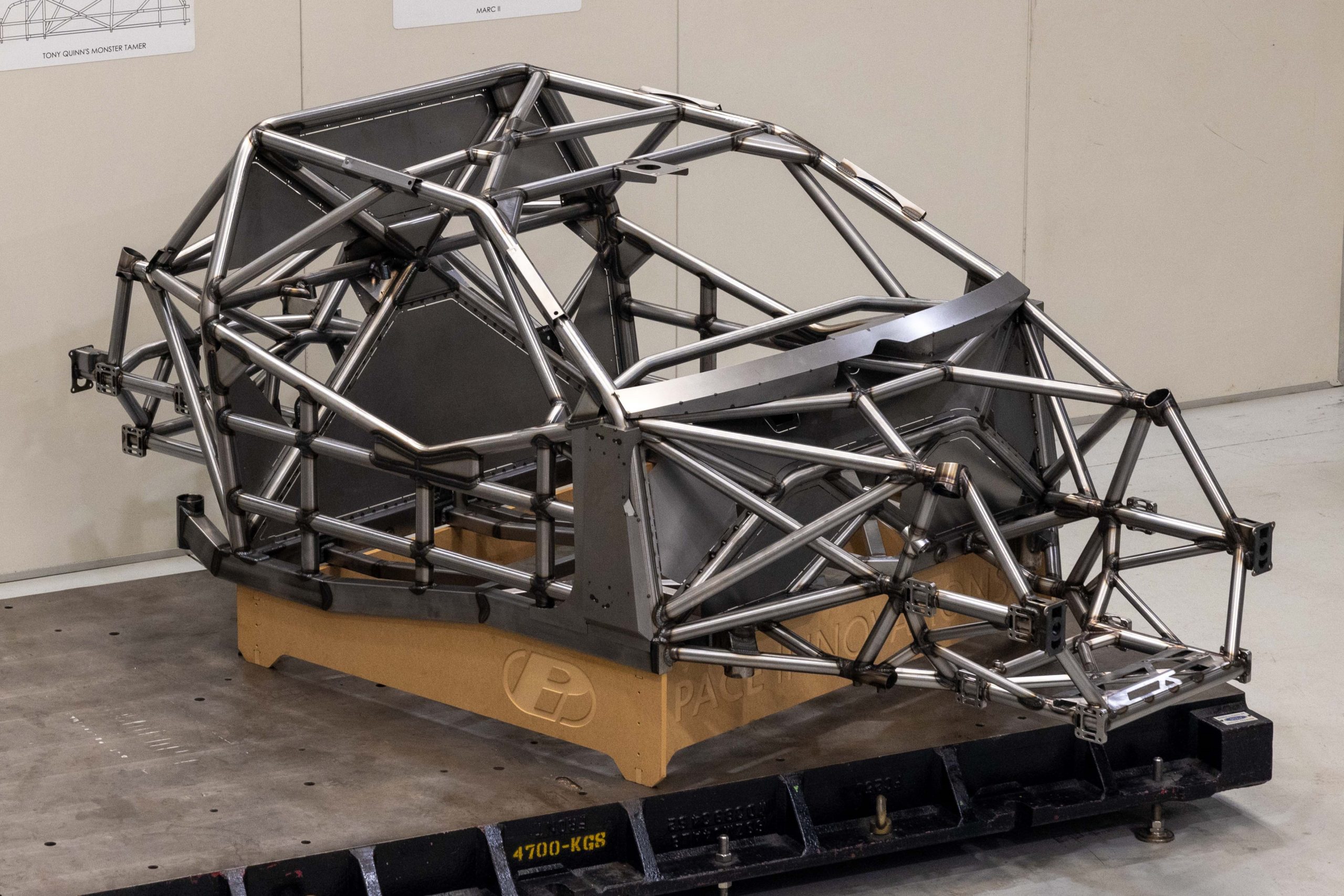 Four chassis builders have thus far committed to manufacturing when Supercars introduces its new Gen3 rules and regulations in time for 2023.

Triple Eight Race Engineering, which has been tasked with homologating the Chevrolet Camaro under General Motors, will manufacture the new space frames.

Erebus Motorsport and Walkinshaw Andretti United have also indicated to Supercars they will manufacture the structures.

PACE Innovations, which supplies to Dick Johnson Racing and has built the Ford Mustang prototype chassis, is set to supply the lion’s share of teams in the short term.

In any case, PACE Innovations will supply materials to teams wishing to build their own cars.

However, the engineering firm will also supply some teams with complete space frames.

“The chassis is a control design obviously and we’ve got a control supplier as in PACE Innovations,” Supercars head of motorsport Adrian Burgess told Speedcafe.com.

“So they will supply all the tube kits, all notched and bent, so everyone is building the car with exactly the same piece of material to the same design.

“At the moment, there’s only four chassis builders that want to build; so Triple Eight will build their own, along with their customers teams, Team 18 and Team Sydney, PACE Innovations will supply probably the majority of the field, and Erebus Motorsport and Walkinshaw Andretti United want to build their own.

“So at the moment, there would just be those four suppliers.”

Tickford Racing and Brad Jones Racing, which have both traditionally built cars, will take stock of the new structures from PACE Innovations in the short term.

Both teams originally committed to taking PACE Innovations-built space frames on the basis that Gen3 would be introduced midway through 2022.

While the racing rollout has been delayed to 2023, the teams have opted to fulfil that commitment to the Yatala-based manufacturer.

Long-term, Tickford Racing hasn’t decided whether it will begin building its own cars or continue taking supply from PACE Innovations.

Brad Jones Racing will look to begin building its own Gen3 cars long term after taking an initial stockpile.

“Initially I’m going to do exactly what I did with Car of the Future and get Ceppy [Paul Ceprnich, PACE Innovations owner] doing a big chunk of it to start with,” Tickford Racing CEO Tim Edwards told Speedcafe.com.

“Longer-term, I’m not quite sure. When we put the order in we were ordering chassis for the beginning of ‘22, so a lot has changed in our world since the actual orders were placed.

“Everyone has got to get their material from Ceppy, regardless. So, a lot’s changed since then because we moved it to the middle of the year and now to the following year.

“We made an initial order, based on the fact that we would have to build them in such a short space of time. That’s no longer the case.

“We’ll navigate through that. We’ll end up with a full jig to build them anyway, even if we don’t build them because we need it from a repair point of view.

“If you’ve got any question marks after an accident then you can put it back on the jig. We’ll be geared up to make them regardless.”

Speedcafe.com could not reach Kelly Grove Racing to confirm what its manufacturing plans are.