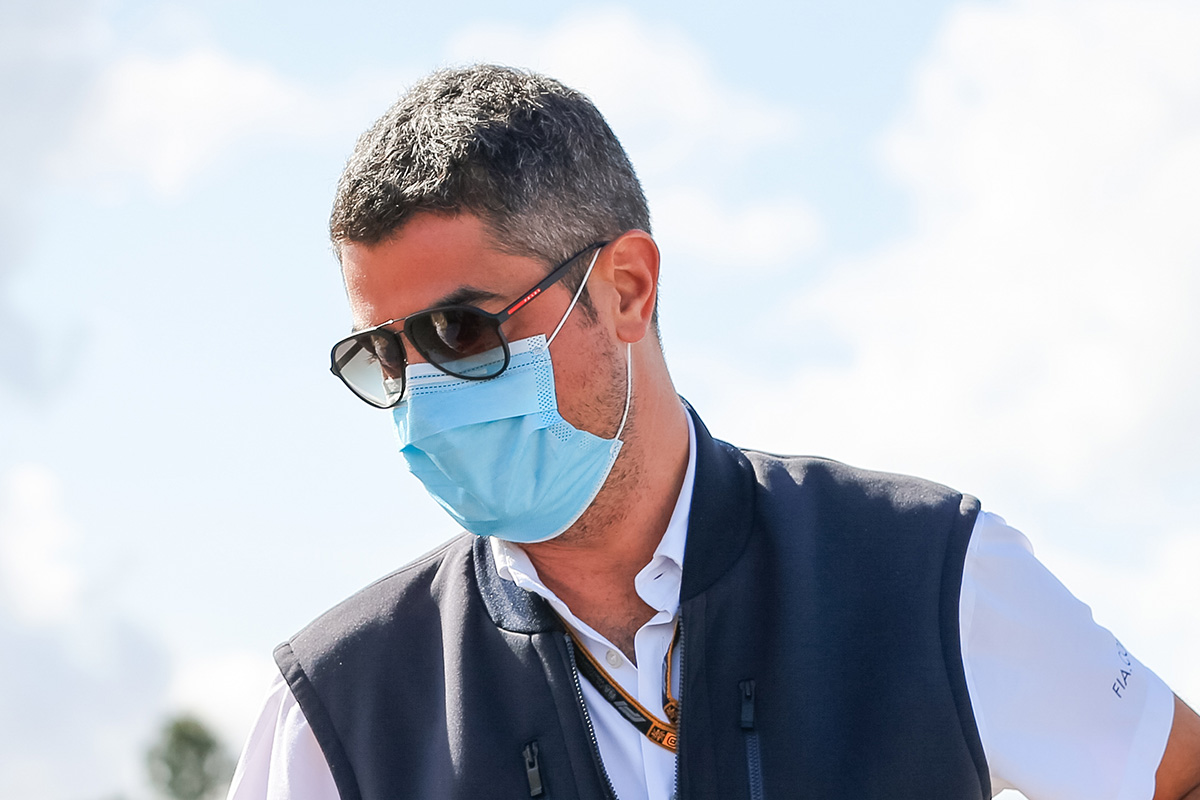 FIA race director Michael Masi has swatted away the notion that a permanent body of stewards could iron out perceived inconsistencies in the application of the rules in Formula 1.

Race officials and the FIA have come under fire from observers and drivers in recent weeks after an incident between Max Verstappen and Lewis Hamilton at the Sao Paulo Grand Prix.

Comments from a raft of leading drivers including Hamilton, Daniel Ricciardo, and George Russell were all made following a lengthy drivers’ briefing, highlighting the difference of opinions within the paddock.

Drawn from an established pool, the panel consists of a chairman, a driver representative, and two others, usually appointed by the local motorsport body.

That rotating panel has given rise to questions over whether a more permanent structure could smooth out some of the perceived inconsistencies.

Formula 1 has previously operated a permanent steward system, though abandoned the practice over a decade ago.

That too came under fire for perceived bias within the panel towards certain teams and drivers, leading to the rotating system now in place.

It’s for that reason race director Masi believes the current situation is the best compromise; a rotating panel comprised of a select pool of stewards in each role.

“I think the stewarding that we have now with the pool of four Chairman, that we shared the pool of driver, stewards, and all of that, the way all the chairman meet regularly…

“We need to take a step back and remember that’s it’s the first time in a long time we are in a real championship fight between two amazing drivers, two fantastic teams.

“As a regulator, last time I saw, there’s no regulator in the world that’s going to be popular.

“Regardless if you’re a referee, if you’re a regulator of any sport, that’s part of the role that we fulfil, and from our perspective there will always be slight differences but, at the end of the day, the stewards are there to make those [decisions].”

Speedcafe.com first put the notion of permanent stewards to Andreas Seidl last month, the German lending his support to the rotational system currently in place.

Asked again over the Qatar Grand Prix weekend, the McLaren boss was steadfast in his view.

“To be honest, my opinion hasn’t changed from this,” he said when asked again by Speedcafe.com about the concept.

“I don’t think that not having permanent stewards is the issue there, to be honest.

“As far as I understand, whenever there’s a case popping up the first thing the stewards are doing is going back to the history of cases and see where precedents and check if this is comparable or not, in order to try to be consistent.

“I understand also so that after each race weekend, there’s a lot of exchange all the steward in order to make sure everyone is on the same level of information and understands what happened in detail.

“That’s why I don’t think that is that’s a big issue we are having here, to be honest.”

Seidl’s opinion is shared by Mercedes’ Toto Wolff, who was arguably on the receiving end of perceived inconsistencies in Brazil.

“In Brazil, I very much rate [Tim] Meyer, who was the head steward there, I think it was just the circumstances were bizarre,” he said when asked by Speedcafe.com about permanent stewards.

“They are under so much pressure,” he added.

“I think being a steward is a professional job, and it should be well paid, the pressure should be rewarded.

“Whether it’s a permanent institution, I don’t know, but in any case, the best people should be doing it.

“And I think we’ve seen many, many good stewards and I still trust in any outcome.”