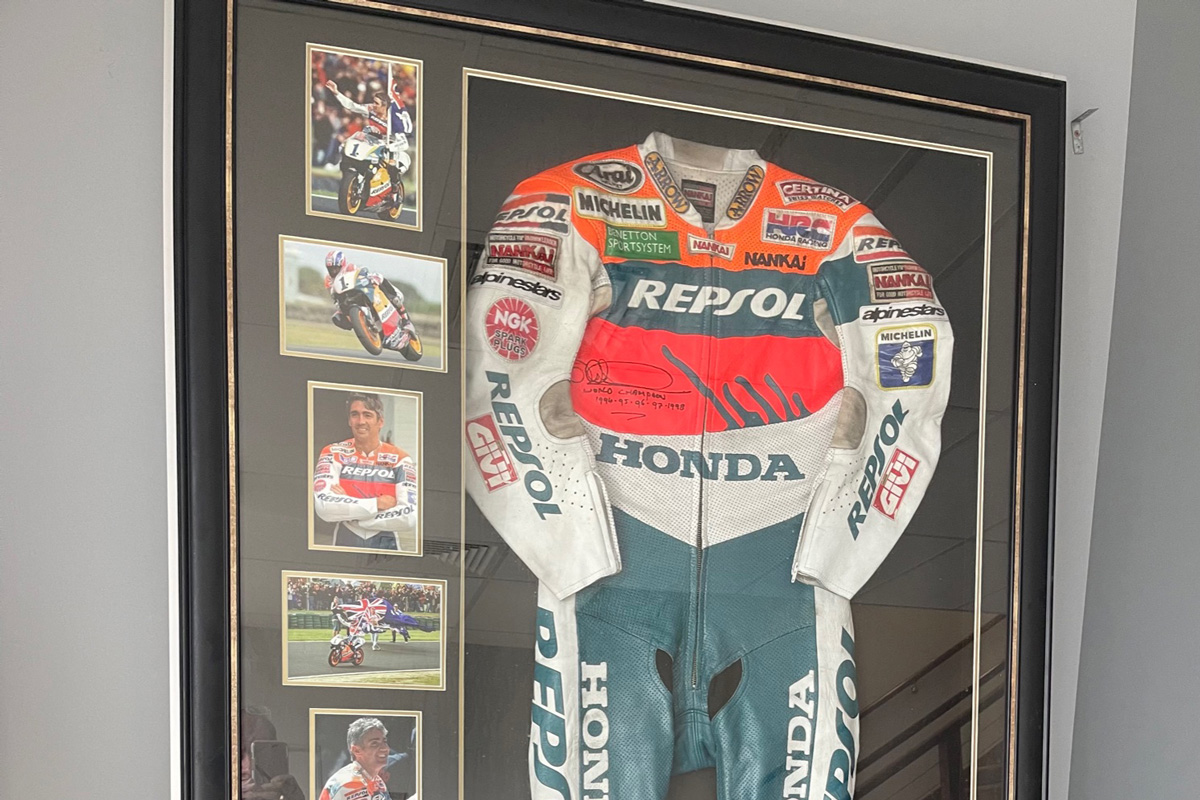 Exiting Supercars team owner Roland Dane has put up a “piece of gold” as a part of the inaugural Speedcafe.com Motor Racing Ministries’ Super Auction, presented by Lloyds Auctions.

Dane has donated a framed set of original race-worn leathers from Mick Doohan’s 1997 championship season – the fourth of his five MotoGP world titles.

The leathers are personally signed by Doohan while the frame is adorned with several images from Doohan’s incredible career as one of Australia’s greatest ever sportsmen.

The Super Auction has been created to pay tribute to Motor Racing Ministries’ founder Garry Coleman who will retire at the Bathurst 1000 next month.

The auction which is attracting some major items every day, will run until 7pm, Tuesday, December 14, and can be accessed HERE.

Those not wanting to be involved in the auction, but would like to pay tribute to Coleman and the unsung work of Motor Racing Ministries can make a direct cash contribution HERE.

Within minutes of the Doohan leathers going live they had already had a bid of $A9550.

“The leathers were given to me by Paul Morris as a gift more than 10 years ago and have sat proudly in the foyer of the Triple Eight Race Engineering premises in Brisbane ever since,” said Dane.

“I am obviously moving out of the offices and I don’t have enough space at home for them.

“When the Garry Coleman tribute Super Auction was launched I thought it would be a fitting way to put them to great use.

“Garry and his team have done an incredible and thankless job for years in Australia, including providing huge support for everyone at Triple Eight in 2007 after we tragically lost Bruce Reed (the #1 on Jamie Whincup’s car), and we should be doing anything we can to support them when possible.

“I hope the leathers find a great new home and a packet of cash is raised for Motor Racing Ministries at the same time.

“While I am happy to donate them, we must also thank The Dude (Morris) for surprising me with them in the first place. Paul and I both agree that this auction represents a great and fitting way to find Mick’s leathers a new home whilst supporting Garry and his colleagues.” 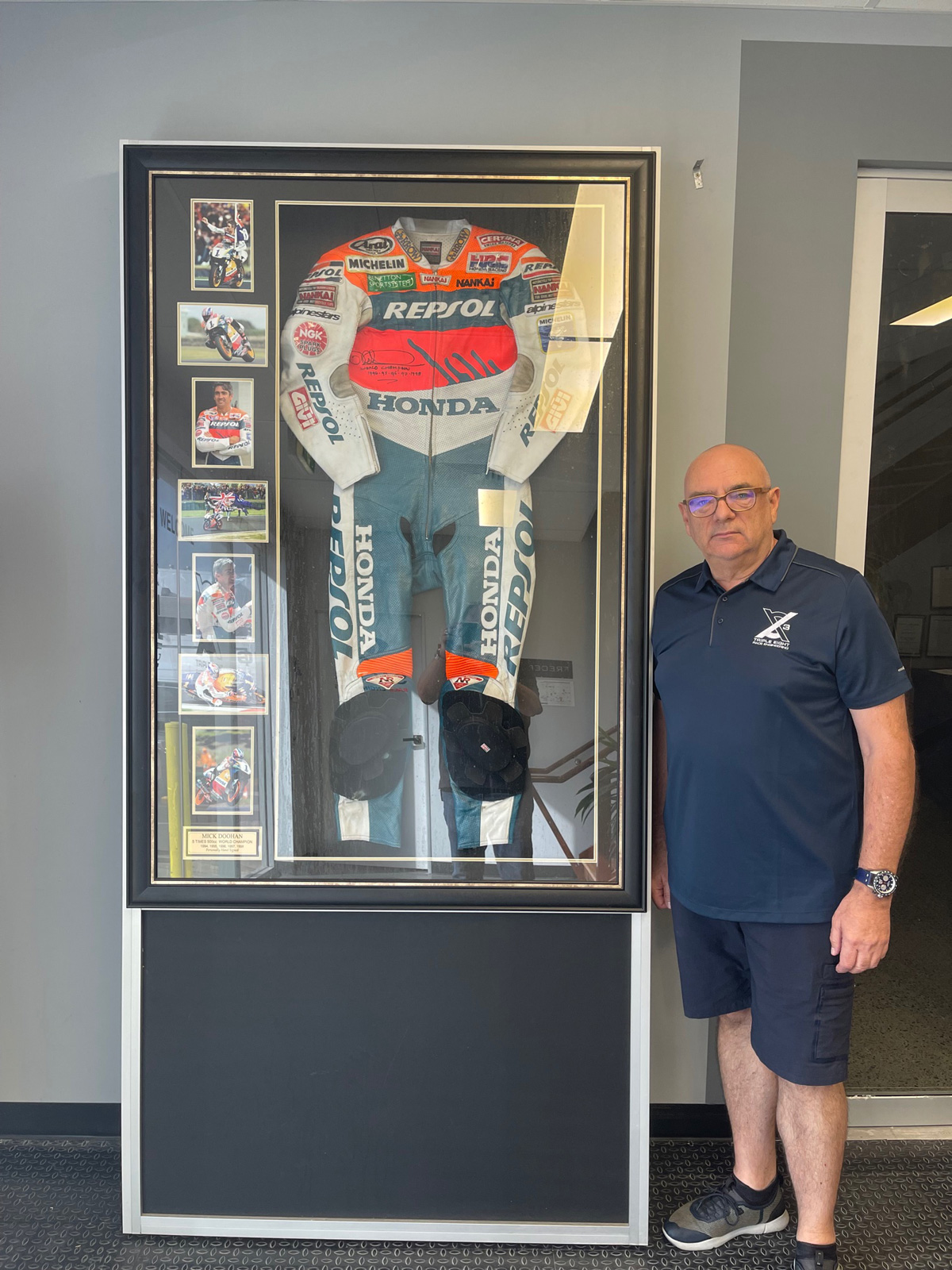