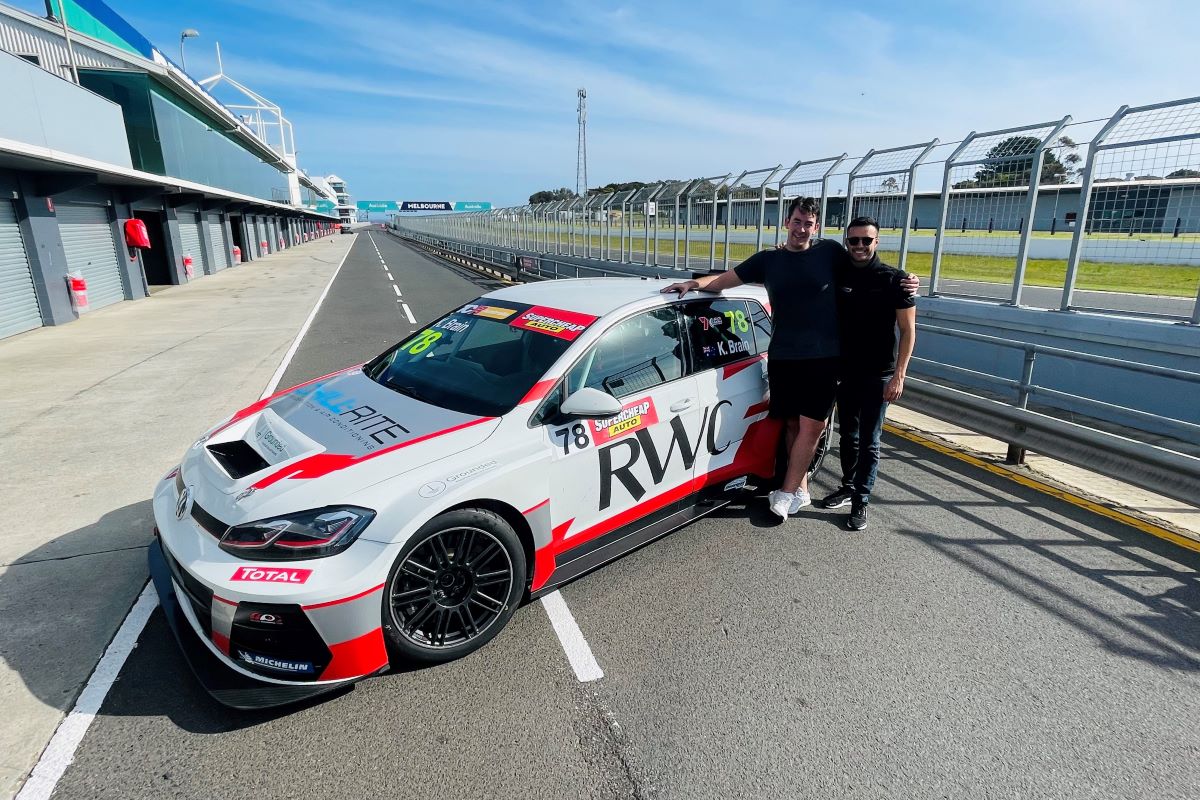 There will be at least two Volkswagens on the grid when the 2021 Supercheap Auto TCR Australia season concludes at Bathurst.

The Purple Sector team will field a Golf GTI not only for Lachlan Mineeff at Mount Panorama, but also Keegan Brain.

The latter will drive the car which has been raced this year by Chelsea Angelo, in a lease deal with Melbourne Performance Centre.

Brain comes from an open-wheeler background, including Australian Formula 3 and Asian Formula BMW, and was drawn to the international nature of TCR.

“I think it’s a really good series,” he said.

“I think it’s getting a lot of traction at the moment, it’s the big-name category for Australian Racing Group and it’s something that I can go race overseas as well in the same if not similar cars.

“Front-wheel-drive is not a foreign concept to me as I do a lot of track work in hot hatches.

“The TCR has more power, more tyre and more brake, but in terms of characteristics in how the car drives off the corner and rotates, it’s not much different.”

Also on-hand was his driver coach, McLaren GT factory steerer Harry Hayek, who will serve as data engineer at Bathurst.

“I’m really looking forward to Bathurst now and I now have confidence in the car now,” added Brain.

“I really got it moving about just to get a hold of it because it’s a unique car. Acclimatising to it was key and thanks to Harry we managed to throw more corner speed at it where we started hitting the limits of the car to find what feels best.”

Brain’s deal is just for the round at the Repco Bathurst 1000 for now, but could lead to more Supercheap Auto TCR Australia starts next year.

“We’re going to see how we go at Bathurst and then we’ll form a game plan from there into 2022,” he explained.

Mineeff remarked, “Keegan expressed an interest in TCR and we were able to source a car from Melbourne Performance Centre.

“We have a relationship with Lee [Burley], Troy [Russell] and the team at MPC through technical support, so to be running the only two Volkswagens in the country at the moment is a great opportunity.

“We want to see how we go on a team and personnel level as it’s something we’d like to pursue in the future.”

Brain is a native to Lithgow, just down the Great Western Highway from Bathurst, and will carry primary backing from Bathurst’s RWC (Regional West Constructions).

The event, which includes the TCR Bathurst 400, begins on Tuesday, November 30.