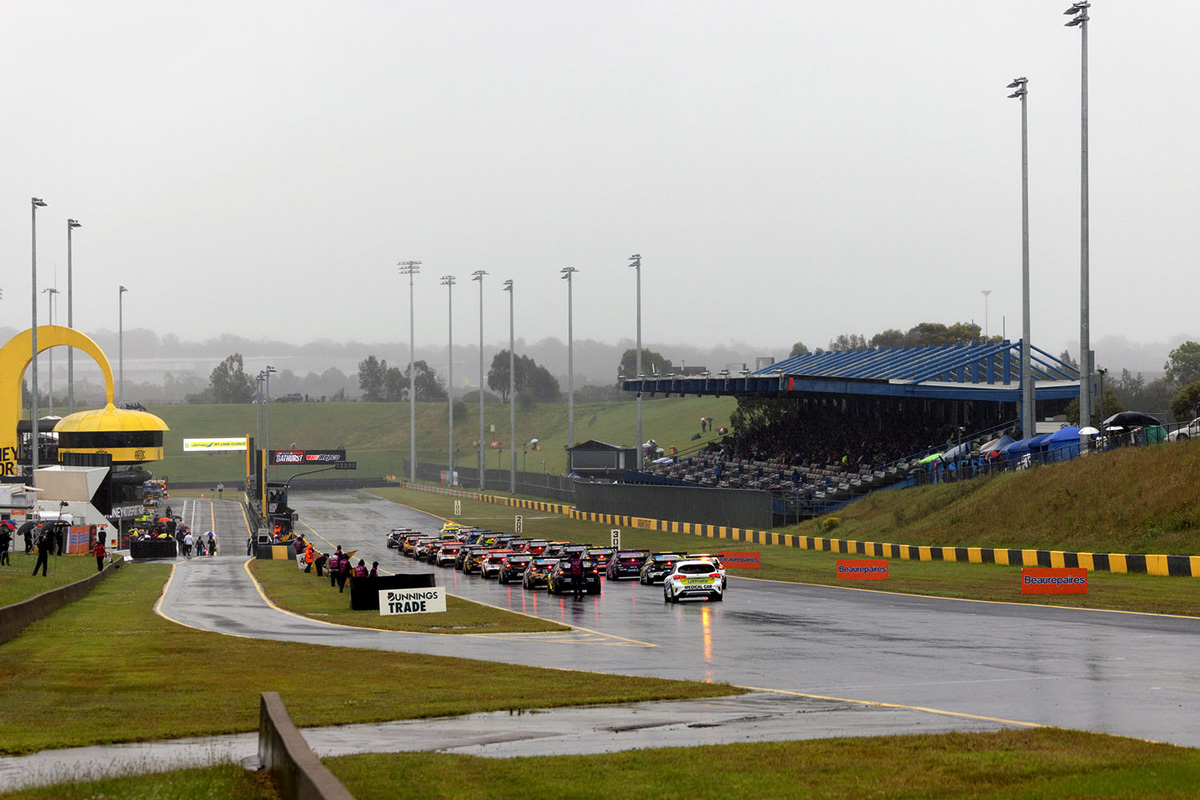 Supercars will provide a full refund to fans who were in attendance trackside or in the grandstand last Sunday at Sydney Motorsport Park, when Race 30 of the season was washed out.

The championship has announced that “All single-day trackside and grandstand ticket holders for Sunday will receive a refund through Ticketek.”

The decision has been taken after Race 30 at the Beaurepaires Sydney SuperNight was red flagged on Lap 6 of a scheduled 64 and not restarted, meaning it will go down in the record books as a non-result.

Supercars CEO Sean Seamer called the refund the fair thing to do for those fans who braved the rain.

“Supercars shares the disappointment of fans who waited in the rain to see the penultimate race of 2021,” said Seamer.

“Nobody wanted to see the Championship concluded under those circumstances.

“We think it only fair that those who purchased single-day Trackside and Grandstand tickets for Sunday receive a refund.

“Through Ticketek, Supercars will be issuing refunds to all single-day ticket holders for Sunday.

“We thank all of our supporters and partners for their patience and understanding.”

The declaration of the race was an anticlimactic way for Red Bull Ampol Racing’s Shane van Gisbergen to unofficially clinch the 2021 drivers’ championship title.

It also deprived Nick Percat a chance to convert pole position into another win for Brad Jones Racing in one of his last drives of the #8 R&J Batteries ZB Commodore.

Percat expressed his frustration at the decision to strike out the race, for which standing water was given as the reason by officials.

The red flag in the Supercars Championship race came after the Dunlop Super2 Series encounter which preceded it was also called before 50 percent race distance, and thus a result, could be reached.

On that occasion, there would not have been time for a restart due to the delay in resetting safety barriers which multiple drivers had crashed into beyond Moffat Corner, although visibility was also said to be extremely poor.

The next Supercars event is the Repco Bathurst 1000 from Tuesday, November 30, with the headline act on track from Thursday, December 2.