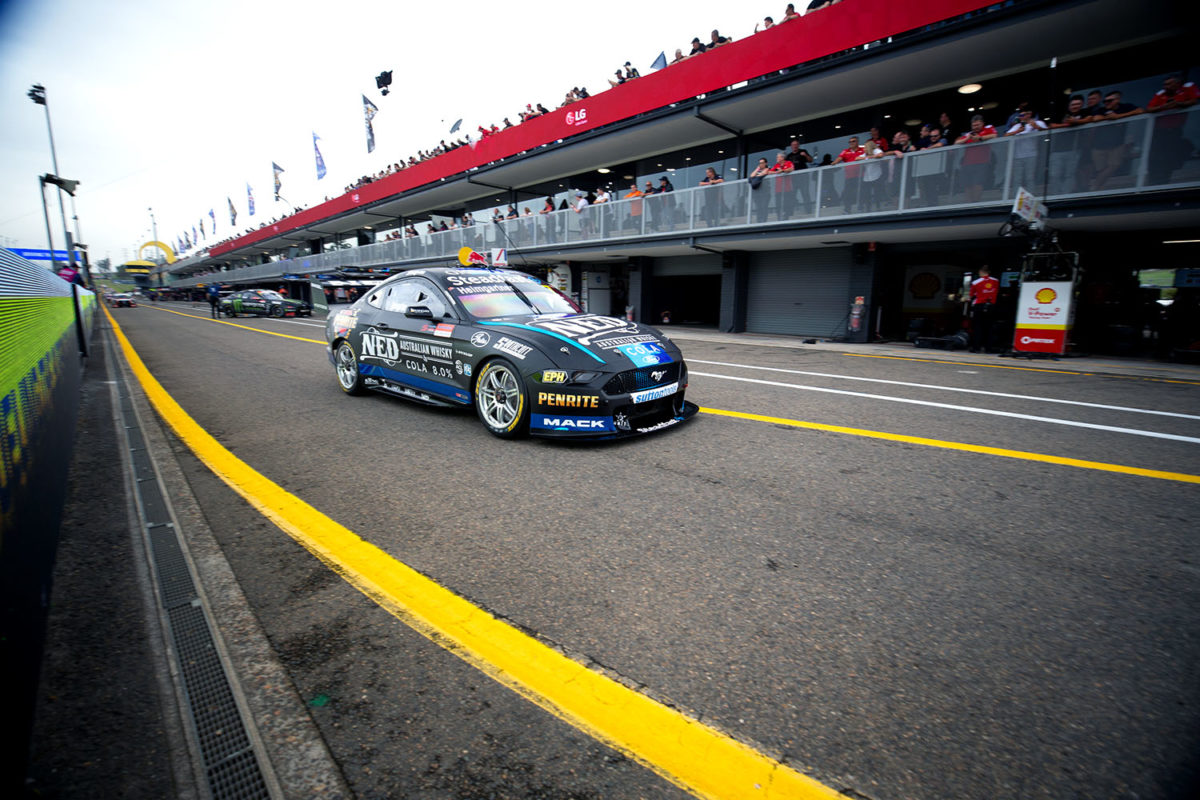 Kelly Grove Racing is set to bring more new parts to the Repco Bathurst 1000, despite the short turnaround from Sydney Motorsport Park.

KGR was a notable during the third of four straight Repco Supercars Championship events in Sydney for just how fine a line it trod with set-up changes to its #7 Mustang.

The extent of the work which it undertook was such that Andre Heimgartner was almost late to pit exit ahead of multiple sessions, which team owner Stephen Grove says was in part motivated by a longer-term focus.

Grove has told Speedcafe.com that there will “definitely” be new parts coming online at Mount Panorama next week, after what was learnt in Sydney.

“We weren’t quite in the window of where we wanted to be, so we just had an engineering meeting in both times and we made some massive changes,” he explained of what went on at the third Eastern Creek event.

“We sort of started to think about the long-term, being Bathurst, and we’d been here for a few weeks now and we made some completely different changes just to try and get some feedback.

“We learnt a lot with the car but, being away, it’s really hard to make new parts and components for the car,” he added.

“So, we’ll have a serious, long debrief during the week, when we’re back in Melbourne, and we are thinking about obviously Bathurst and then next year.”

The commitment to even further development continues a pattern this year, including the mid-year introduction of a new chassis, despite the Gen3 ruleset looming initially in August 2022 and now 2023.

“One of the things I was pretty clear to the team about is, I don’t want to stop developing these cars,” reiterated Grove.

“When Gen3 comes, and we start building the Gen3 cars, we’ll probably run two crews; one will run the Gen3 and we’ll keep developing these cars.”

Park-up and unload is set to occur a day earlier than usual at this year’s Bathurst 1000, given its expansion to a six-day event.

That will not, however, present a major issue for KGR since it spent the long break in competition preparing for the busy end to the season, like its rivals.

“There’ll obviously be some stuff we do with the motors and prep them – it’s a long race – and just prep the cars and away we go, but we’re pretty organised.”

The Supercars Championship field is on-track for the first time at Mount Panorama on Thursday, December 2.