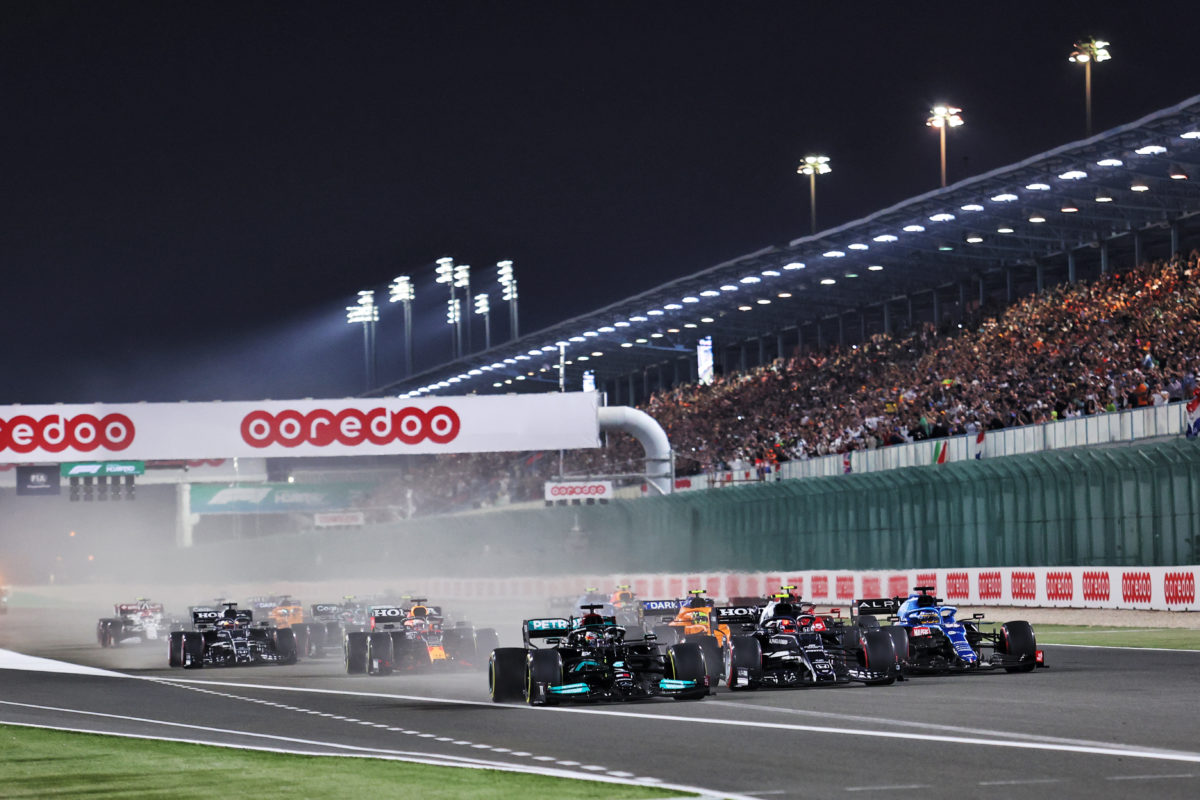 FIA race director Michael Masi has rejected claims from Formula 1 drivers that they’re unclear on the rules of engagement when battling on track.

A lengthy drivers’ briefing over the Qatar Grand Prix weekend centred on the incident between Max Verstappen and Lewis Hamilton midway through the Sao Paulo Grand Prix.

Not investigated at the time, Mercedes subsequently requested a right of review, a motion which was denied by officials.

However, it prompted conversation within the paddock, specifically regarded the perceived inconsistency among penalty decisions on similar incidents.

It left Lewis Hamilton to suggest he was no clarity on what was permissible on track while defending, while Lando Norris and Charles Leclerc suggested they’ll modify their behaviour in battle accordingly.

Masi however rejected those comments, affirming his belief that the drivers have been given a clear understanding of what is and is not acceptable.

“I think it’s been made clear to them what is expected,” the Australian said.

“The other part is, some of them may agree, some of them disagree, and that’s always, with each and every one of them, they have agreed and disagreed all the way through.

“So we’ve given them some overall guidance, but also been very clear on the fact that each and every case will be judged on its merits.”

Following the Sao Paulo Grand Prix incident, Masi stated the marshals had adopted something of a ‘let them race’ approach.

It’s a mantra which has been adopted in recent years with a view to reduce the number of penalties in an effort to promote on-track action.

“We’ve got a panel of independent stewards – contrary to what many people think, I’m not the one sitting there as judge and jury.

“We have a look, we have a panel of stewards that review each and every incident, and then as we saw last weekend, they determine if it’s worthy of an investigation.

“If they do, it gets investigated and then determine if there’s a breach or no breach.”

Masi also defended the timelines taken to make a call, with the decision to demote Verstappen on the grid in Qatar for a yellow flag breach only confirmed shortly before the race.

The FIA race director cited the fact Verstappen, and Valtteri Bottas who was demoted three places, had left the circuit by the time the summons was issued.

He then explained that curfew restrictions prohibited a hearing early on Sunday morning.

“You’ve got to think of offset timeframes and everything else,” Masi said.

“When people are available and so forth along the way, and when people get here, and curfews.

“We need to remember that covers off here at this venue, for example, didn’t end until 12 o’clock.”

It was a similar case with footage being made public of the Verstappen/Hamilton clash in Interlagos.

“You need to obviously remember logistics in all of this as well, going from Brazil to the next event,” he explained.

“So the footage, I think give or take, came out just before I jumped on a plane to Doha, and the stewards had already left at that point.

“Then, as soon as everyone landed 15 hours later, I think you’ll find that give or take is about when it went up.”

Formula 1 has a weekend off before travelling to Saudi Arabia and then Abu Dhabi for back-to-back events to round out the 2021 season.