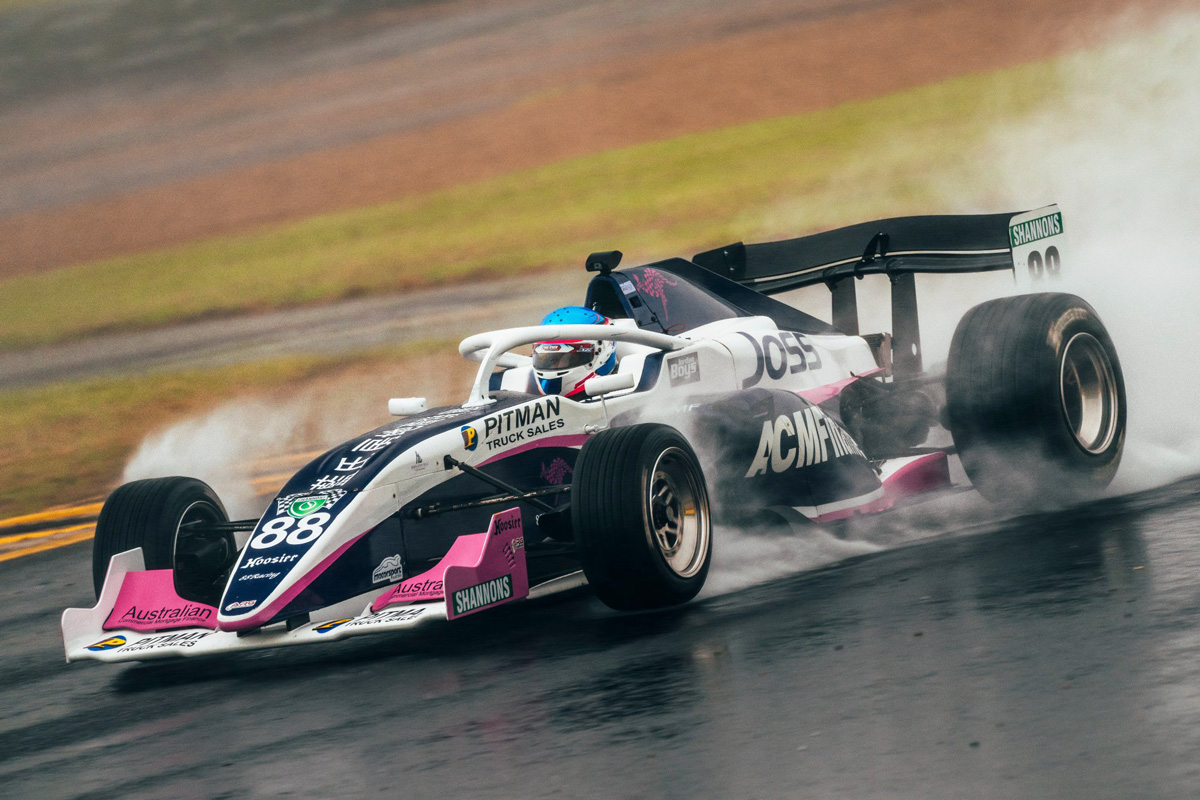 Jordan Boys is philosophical about having a race victory taken off him for the second time this year.

Boys ran away with Race 2 of the Shannons S5000 Tasman Series on Saturday at Sydney Motorsport Park, at one stage leading by eight seconds before Roberto Merhi closed the margin to less than three at the chequered flag.

However, it was only announced the following morning that Boys had been disqualified from that contest due to a technical infringement relating to the rear wing of his #88.

That left him to finish the weekend down in eighth overall, with four races to come at the Repco Bathurst 1000 across November 30 to December 5 before the Tasman Cup is awarded.

Similarly, an engine breach had seen Boys stripped of his victory at the 2021 Dunlop Super2 Series opener at Mount Panorama.

“It always sucks obviously, and being the year that I’ve had in Super2, it was all too familiar,” the 24-year-old told Speedcafe.com.

“It was one of those things where I was a little bit too busy over the weekend to really be involved enough to know what had happened, like I was having dinner that night and saw one of the guys walking around with his head down and went and asked him what the go was and found out that way.

“But it is what it is, the team made a mistake and they’ll learn from it and we fixed it up for Sunday.

“I guess the positive for me is it wasn’t a performance thing and I think everyone knows that we had what it took to run up the front.

“I know we won the reverse grid one, but I think we had what it took to run in the top three or four, so I think we can take the promising parts out of that.”

Boys had completed multiple S5000 tests previously, but the most recent weekend proved his first competitive open-wheel race meeting since graduating from Australian Formula Ford in 2016.

“Running in the rain was a bit daunting, being that we couldn’t really see, but other than that the race weekend all went pretty well,” he reflected.

“The cars wheel-to-wheel are all pretty good; being able to see all your corners is something I haven’t had since Formula Ford, so that was nice.

“I felt like as a team we did a good job, we were sort of pretty well nowhere in practice and kind of had to build up through and get the car to where we needed to be.”

Having finished the sole Super2 race to have been counted in fourth place, Boys will again be on double duties at Bathurst.

He won’t, however, be lining up on the Bathurst 1000 grid like he did last year with Brad Jones Racing’s Todd Hazelwood.

“[Missing out on a Bathurst 1000 co-drive] was the big reason why I went looking for the S5000 opportunity and luckily joined up with 88 Racing,” said Boys.

“Because when I found out I wasn’t going to be driving, I kind of thought, I don’t want to just do two more races for the year and be done. I wanted to do as much racing as I could.

“Getting to do both categories and keeping myself busy up there will sort of reduce the burn a little bit of not being able to race in the 1000 this year.”

Aaron Cameron leads the race for the coveted Tasman Cup, sitting 19 points clear of both Merhi and Tim Macrow.