Bayliss excited to race with Miller

Bayliss excited to race with Miller 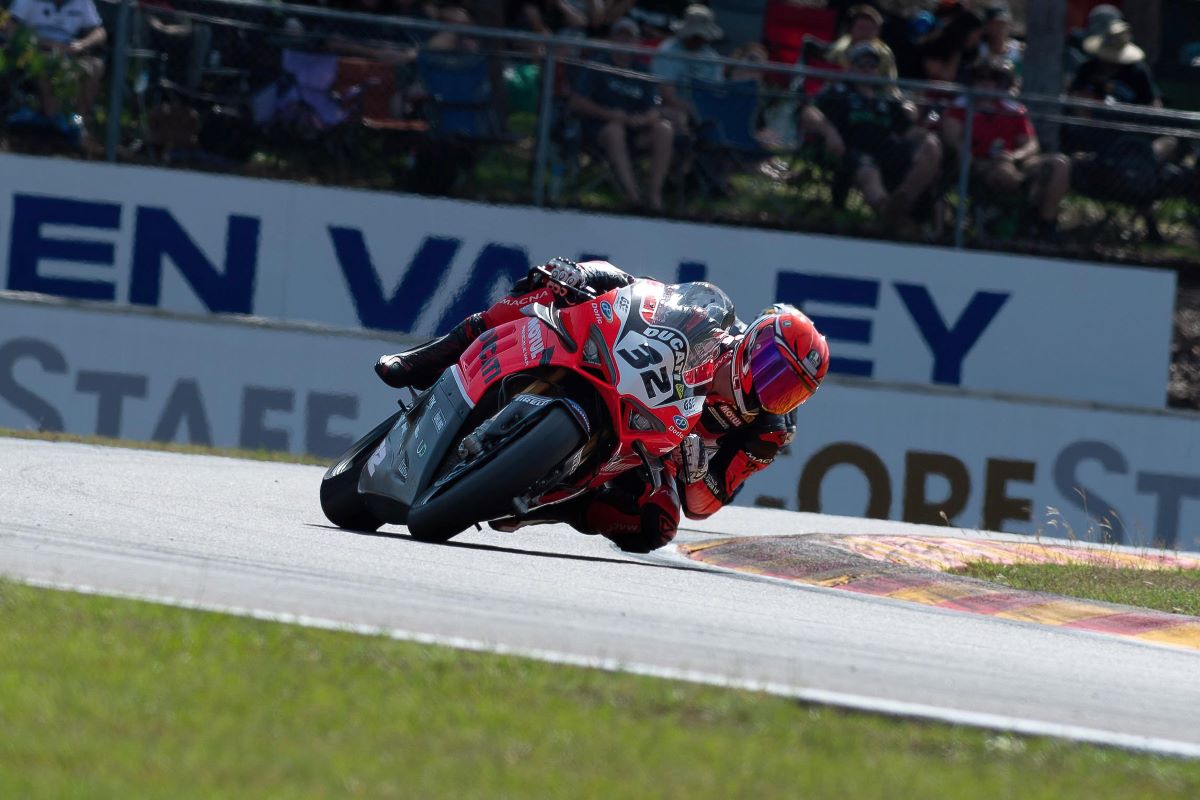 Oli Bayliss is excited to share a garage with Jack Miller when the Australian Superbike Championship concludes at The Bend next week.

Miller will make a one-off start in ASBK upon his return home from Europe after post-season MotoGP testing for the Ducati Lenovo Team.

That means the three-time MotoGP race winner will be sharing a garage and transporter with DesmoSport Ducati’s Bayliss, something which the second-generation rider is looking forward to.

“We’ve got Jack in the truck and pit box with us over the weekend,” he noted.

“It’s pretty awesome to be able to share the track and race a current MotoGP factory-level rider.

“It’s great for the series and it’s great for racing fans to have an opportunity to see Jack ride here again, and hopefully also show even more people just how good the racing is in the ASBK.”

For Bayliss, the event will be his last before he too heads overseas, to ride for Ducati in the Supersport World Championship.

“I’ve had some time off the bike over the last few weeks after finishing school, so I’m looking forward to getting back into it and going racing again, especially at The Bend, it’s such a cool track,” said the 18-year-old.

“I love the Panigale V4 R, I even rode it to my formal a few weeks ago, so to have my last ride on it at The Bend before moving to the Panigale V2 is going to be great and I’m confident that I can give Ben [Henry, co-owner], Dad [Troy, co-owner], Byron [Draper, crew chief], Brian [Hand, mechanic] and everyone at DesmoSport a strong finish to the year.”

Regular team-mate Mike Jones, a two-time ASBK champion, is unable to attend the round due to the double vaccination requirement, and will not ride for DesmoSport in 2022.

Bryan Staring will ride for the squad next year, switching from the Kawasaki ranks.