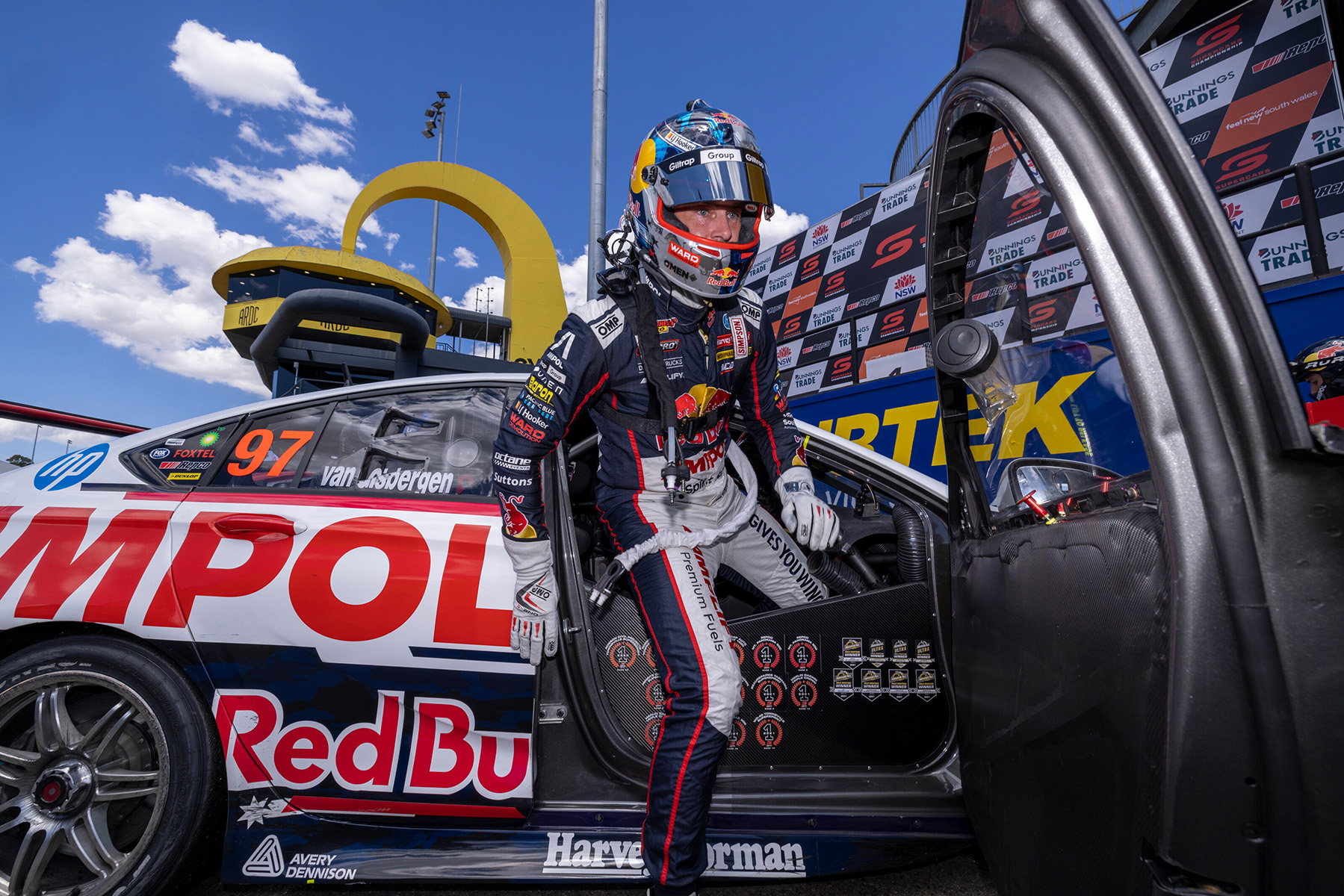 Shane van Gisbergen said he had to continually lift his game to match Scott McLaughlin and Jamie Whincup in his bid to be a two-time Supercars champion.

Once crowned, it will end a five-year drought for the Kiwi who won his first Repco Supercars Championship in 2016 with the same team; Triple Eight Race Engineering.

Since 2016, Whincup and McLaughlin have ruled the roost. Seven-time champion Whincup won the title in 2017 which was followed by a three-year win streak by McLaughlin from 2018 to 2020.

That, said van Gisbergen, forced him to elevate his game.

“I was thinking about it, there’s been three guys the last few years and our level has just gone crazy,” said van Gisbergen.

“I’ve had to lift to Scotty, lift to Jamie, and then we’ve all pushed each other. One of them has gone and then the other has got probably a lot of outside factors that influence him, maybe it didn’t, but I just had to keep focused and stay above that level and not drop to everyone else.

“It’s been pretty awesome, this championship, the last few years trying to catch someone and perform to your peak and keep learning, and I think this year I kept getting better and I’ve just got to keep focused and keep improving.”

To date, van Gisbergen has claimed 14 wins from 30 races – six which were consecutive – and could yet make that 15 at the season-ending Repco Bathurst 1000.

Already it’s his most successful season, having won on eight occasions in his 2016 campaign.

While Whincup has been van Gisbergen’s primary title adversary, he’s largely played second fiddle and has only twice been a winner.

Anton De Pasquale has the second-most wins of any driver this season with six to his name, though his season has been dogged by inconsistency.

For Whincup, seeing van Gisbergen step up will only serve to make the rest of the field better themselves.

“There’s been guys in the sport that have just tried to raise the level, and SVG is raising the level for everybody else at the moment – creating a position where everyone else has got to work harder and do more to get there,” he explained.

“Of course, everyone in the team would like to think that we’re providing him the best car on the track, but this weekend it probably wasn’t the fastest car but it was good enough to be able to do the job.

“As he said, you need competition… as I’ve always said, Grant Hackett wouldn’t have been as good if Kieren Perkins wasn’t there and vice versa.

“I was lucky to come through an era where I was racing go karts with five or six other kids that we all now race Supercars. Without them, we wouldn’t have kept raising the bar.

“I think everyone in this sport is thankful, they probably hate it during the year and in every race, but thankful that there’s somebody raising the bar consistently to keep improving the sport.

“When you’re old and on your deathbed, it’s not really about the trophies you’ve got, in a way. It’s not really about how much money you’ve got in the bank, it just comes down to the effort that’s gone in and just trying to push yourself week-in, week-out to be better. That’s what makes the difference.”

Second place in the Repco Supercars Championship is still yet to be decided with Will Davison a mathematical chance to usurp Whincup. They’re separated by 246 points with one race to go.