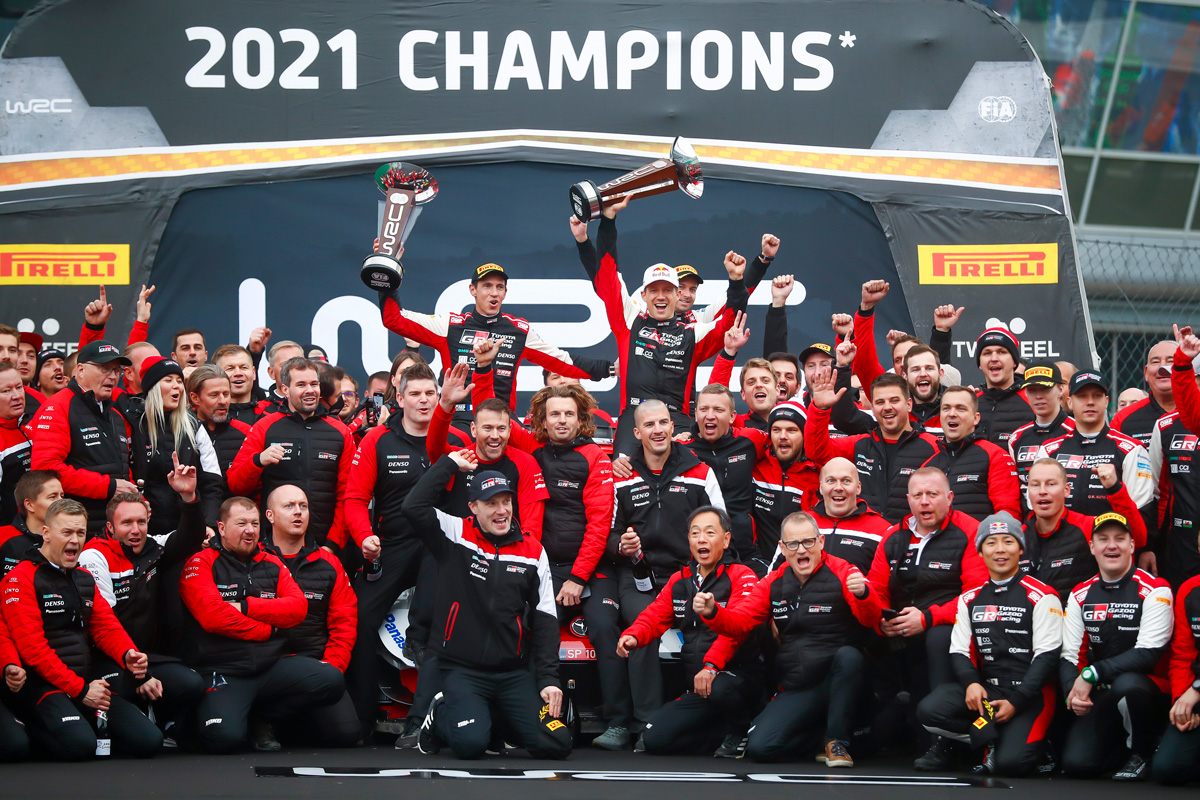 Jari-Matti Latvala has been credited for his role in Toyota’s supreme 2021 World Rally Championship campaign.

Latvala, the most experienced driver in WRC history, was appointed team principal in December last year.

What followed was a one-two in the drivers’ title, with Sebastien Ogier leading Elfyn Evans, and the manufacturers’ championship.

Team founder Akio Toyoda did not hold back in expressing his delight at the situation, and his praise for Latvala.

“It’s thanks to Jari-Matti that the team was able to smile,” said Toyoda.

“Jari-Matti, who was also a driver, is a leader who always puts drivers first. I think all the drivers were able to finish the season with smiles because all the judgements were made from a driver’s point of view.

“He hates to lose. He does as much as I do, or maybe more than I do. I believe his judgements based on this ‘hate-to-lose’ mindset made the team strong.

“There was one more way in which Jari-Matti surprised me. That was his thorough communication with the team members.

“Through a video taken by the team, I saw him giving morning greetings one-by-one at the early morning service park.

“All 200 members across Finland, Estonia, Germany and Japan were closely united because we had him. I really appreciate him for realising the ‘driver-driven team’ and ‘family-like yet professional team’ which we had been aiming for.”

This season, which ended with the Rally Monza finale at the weekend, marked the last before a switch to new hybrid Rally1 regulations in 2022.

“What I asked for at the first rally in 2017 was to make the Yaris WRC the strongest at the end of the season.

“The Yaris WRC has run 59 events in these five years, and we learned a lot from the events we won and we lost. The team did make the last Yaris WRC the strongest ever. I’m really happy for that.

“Our car will be totally new under new regulations next year and the development is reaching its climax.

“The team is extremely busy and I’m grateful to everybody and their families who support them.

“We will prepare an ever-stronger Yaris and make our fans even more excited from next season onward.

“I hope the fans will look forward to our new car and new challenges and I appreciate your continuous support for TGR WRT.”