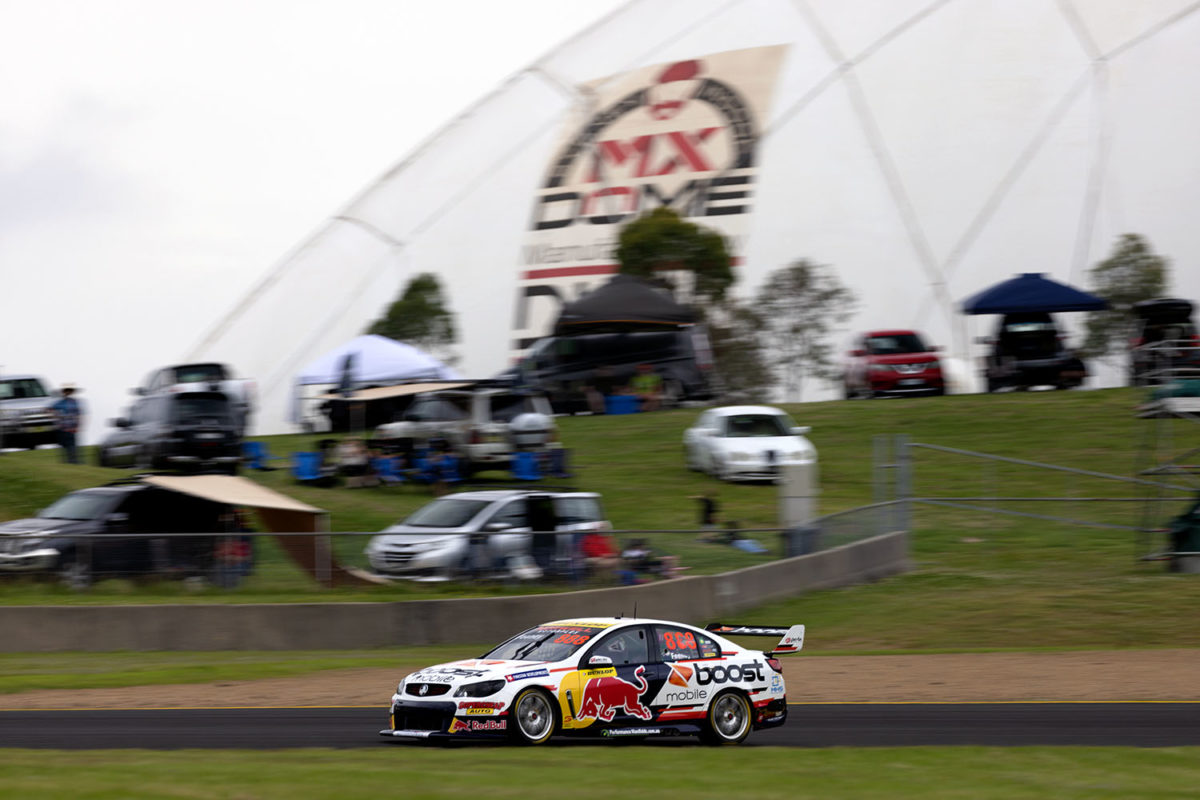 Broc Feeney will prioritise wrapping up the Dunlop Super2 Series title next month at Mount Panorama despite also spearheading a wildcard entry in the Repco Bathurst 1000 that weekend.

The 19-year-old’s second start in the Great Race will come as the lead driver in the extra, Supercheap Auto-backed car which Triple Eight Race Engineering is fielding, before he replaces Jamie Whincup in one of the Red Bull Ampol Racing seats next year.

However, he will also arrive at Mount Panorama with a good chance of winning the Super2 Series as early as the first of two races for Round 5, having extended his lead in the standings to 129 points at Sydney Motorsport Park.

Despite the allure of the Bathurst 1000, in which he will drive with Russell Ingall, it is the title which Feeney has been fighting for all year that will be his focus initially.

“It’s certainly going to be massive for me at Bathurst,” said the Triple Eight junior.

“This weekend’s been pretty good for me. My whole goal this weekend was to come out with a healthy points lead so it takes a little bit of pressure off me at Bathurst and thankfully we’ve got through and I think we’ve got 129 points over second.

“It would have been good to try and get over a race distance [ahead of second position; ie over 150-point lead], but we’re going into Bathurst; it’s pretty good.

“My full focus is going to be on winning this championship [Super2 Series] and hopefully we can wrap that up and then we’ll focus on the main series.”

The 2019 Super3 Series winner had hounded eventual race winner Tyler Everingham in the final laps of the opener at Eastern Creek and while he could not find a way through, his lead in the standings ballooned from 51 points.

That was due to Tickford Racing’s Zak Best finishing 15th following a first-corner clash which left his FGX Falcon with steering damage, and MW Motorsport’s Jayden Ojeda getting home eighth after an early bump with Feeney himself put the #31 Nissan Altima off the road. “It was a really good race,” said the Feeney.

“Then the race ended up getting cut short so when I found out on the radio, I was sort of unleashed and go for it.

“When I started having the battle with Tyler, the boys came on the radio and told me where Jayden and Zak were, so it was sort of the thing for me that if I could get a clean move done, go for it; if not, it’s going to be a massive points haul.”

For Everingham, the win makes three in his Super2 career, all with MWM.

“Just got an awesome start and sort of drove around everyone. There was a little bit of a mishap with [Matt] Payne [stalled] and a few cars had to drive around him and sort of got gifted it there, but we had a strong car and I was able to manage, but just lost the tyre at the end.

“I was throwing everything I could at it, to be honest,” he added, regarding trying to drive around the worn tyres.

“The lapped traffic made it a little bit difficult as well, it sort of bobbled us, but it was great to just hold on.”

Race 2 at Sydney was declared with no result able to be reached after Grove Racing’s Payne and Triple Eight’s Angelo Mouzouris crashed into the tyre barriers beyond Moffat Corner (Turn 1), which had to be repositioned in time for the start of the following Supercars Championship race.

While Feeney is now a long way clear, Ojeda closed to just six points behind Best in Round 4, with Everingham moving up from sixth to fourth in the standings.

Super2 is on-track at Mount Panorama from Wednesday, December 1, with Feeney and Ingall set to drive the Supercheap Auto ZB Commodore from the following day.