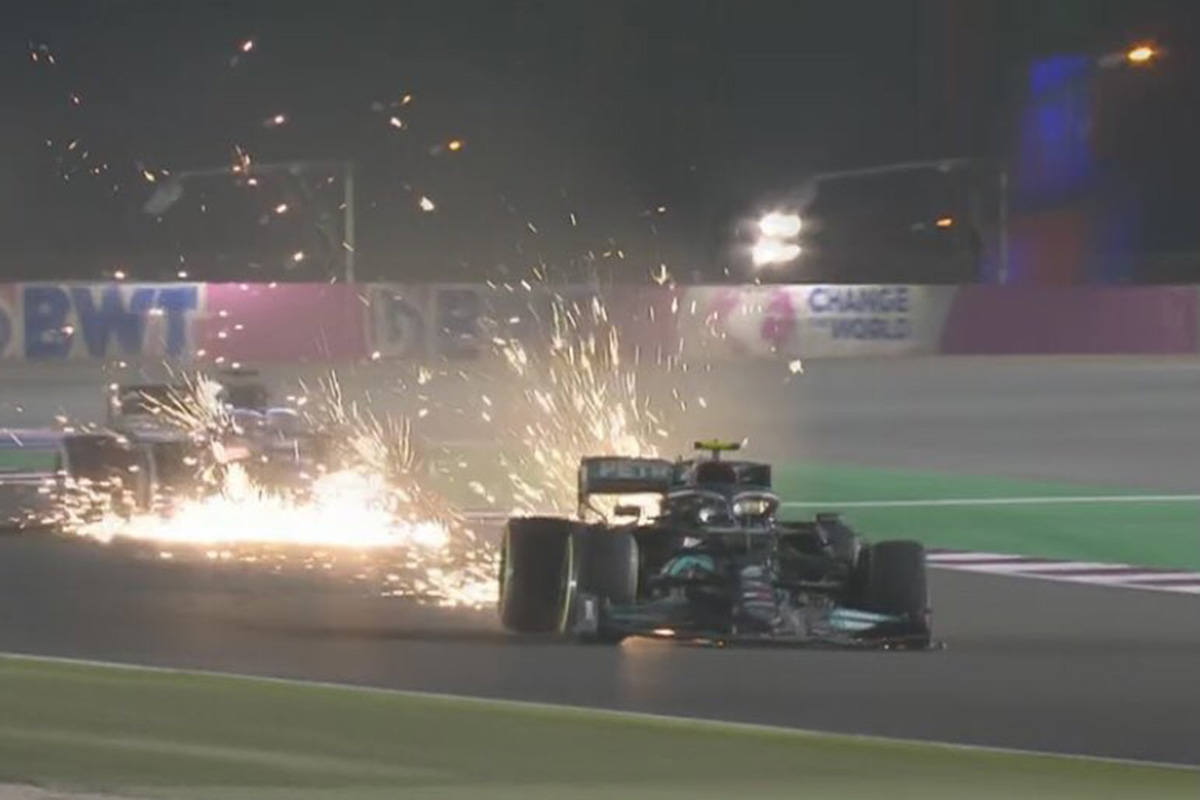 Pirelli will conduct a full laboratory analysis of the tyre failures seen during the Formula 1 Qatar Grand Prix.

Four drivers suffered failures during the course of the 57-lap encounter won by Lewis Hamilton, whose Mercedes team-mate Valtteri Bottas was the first to strike trouble.

A front-left failure for Bottas on Lap 33 came without warning, forcing him to limp his way back to the pits and compromising his race.

McLaren’s Lando Norris also struck trouble, the team again given little warning prior to the failure.

While the Brit was able to recover to the lane far more easily than Bottas had, the additional pit stop saw him finish ninth instead of a potential top four result.

Both Williams drivers also found trouble, George Russell making it back to the pits while Nicholas Latifi stopped his car out on track, drawing the Virtual Safety Car in the final laps as it was cleared.

Norris had stopped on Lap 25, with his left-front giving up on Lap 48.

Russell meanwhile had run his tyres since Lap 17 before it failed on Lap 49, team-mate Latifi’s tyres the same age when it failed on the next lap.

“With Losail being a new and relatively unknown track, featuring some high energy corners, the teams headed into the race lacking all the information they would ideally want, with only one representative practice session,” explained Pirelli’s Mario Isola.

“However, it became clear during the race that a one-stopper was very marginal in terms of tyre wear, requiring a high degree of management.

“Some drivers encountered tyre problems towards the finish: this was probably due to a combination of very high wear as a result of long stints, and impacts at high speed against some aggressive kerbs, but we’ll obviously find out specifically what happened with a full laboratory analysis back at base in Milan.

“By contrast, Hamilton and [Max] Verstappen were able to push to the limit with the strategy that they had selected, finishing more than half a minute ahead of [Fernando] Alonso in third, who made a one-stopper work for him.”

Another new track is next up on the F1 calendar: the inaugural Saudi Arabian Grand Prix on December 3-5.