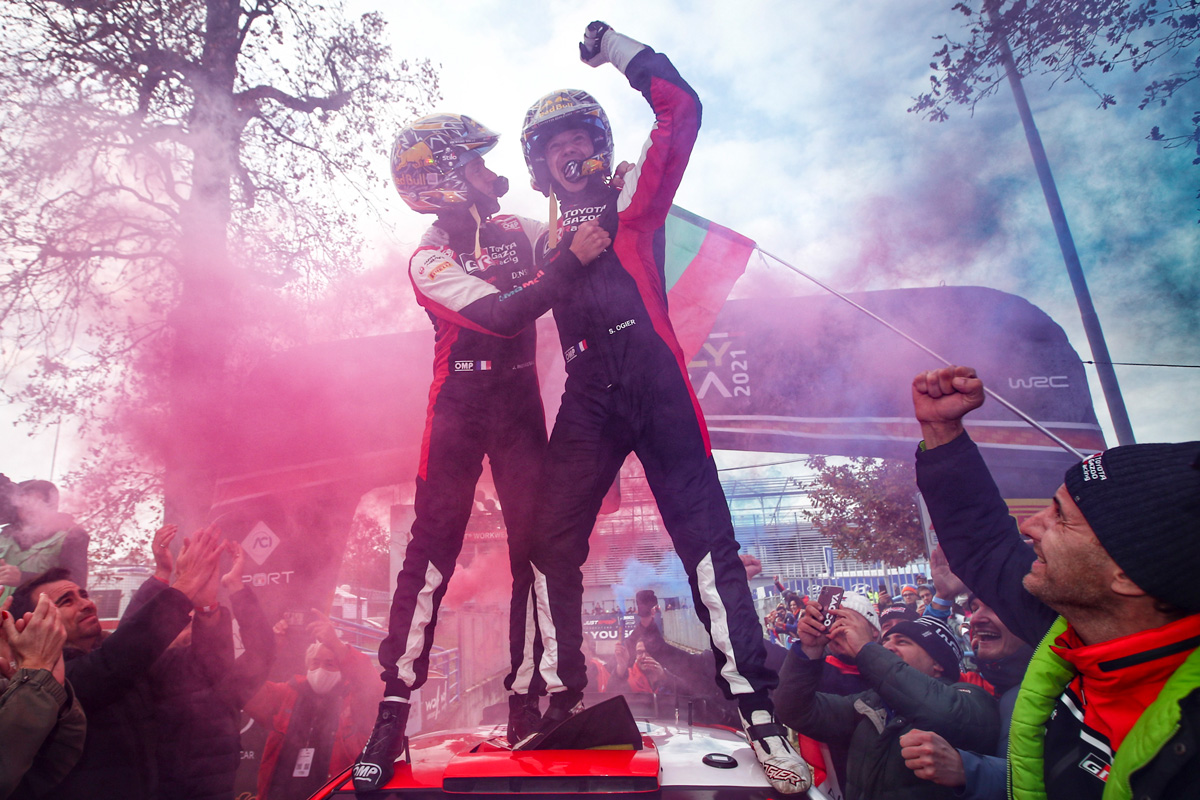 After a see-sawing event-long battle with the sister Toyota driven by Elfyn Evans, Ogier secured the final upper hand by a margin of 7.3s.

With Evans entering Rally Monza as the only driver left standing in the way of another Ogier championship – trailing by 17 points – the result took the matter out of the Welshman’s hands.

Ogier thus has drawn one step closer to the record nine titles held by fellow Frenchman Sebastien Loeb – the two Sebastiens having accounted for 17 of the last 18 championships.

All eight of Ogier’s successes have come with Ingrassia by his side; the latter has now officially retired, while Ogier will scale back to a part-time campaign in 2022.

“It’s so hard to describe these kind of emotions,” said the 37-year-old.

“Somehow you feel empty because it’s been such an exhausting season like always, where you need to put so much into it to win the championship. But we do it for moments like this.

“A big thanks to all the team members: Without them we are nothing and today we are all world champions, so let’s celebrate this. It’s pretty remarkable what Toyota has achieved, and the team deserves it because they’ve put a lot of effort into it.

“The emotion is even stronger knowing it’s the end of my journey with Julien. We could never have dreamed of a better way for it to end it. We knew we still had a lot to do this weekend and that it was not over yet.

“We didn’t have to beat Elfyn, but we couldn’t afford to relax and then drop positions, and to win in the end is just perfect.” 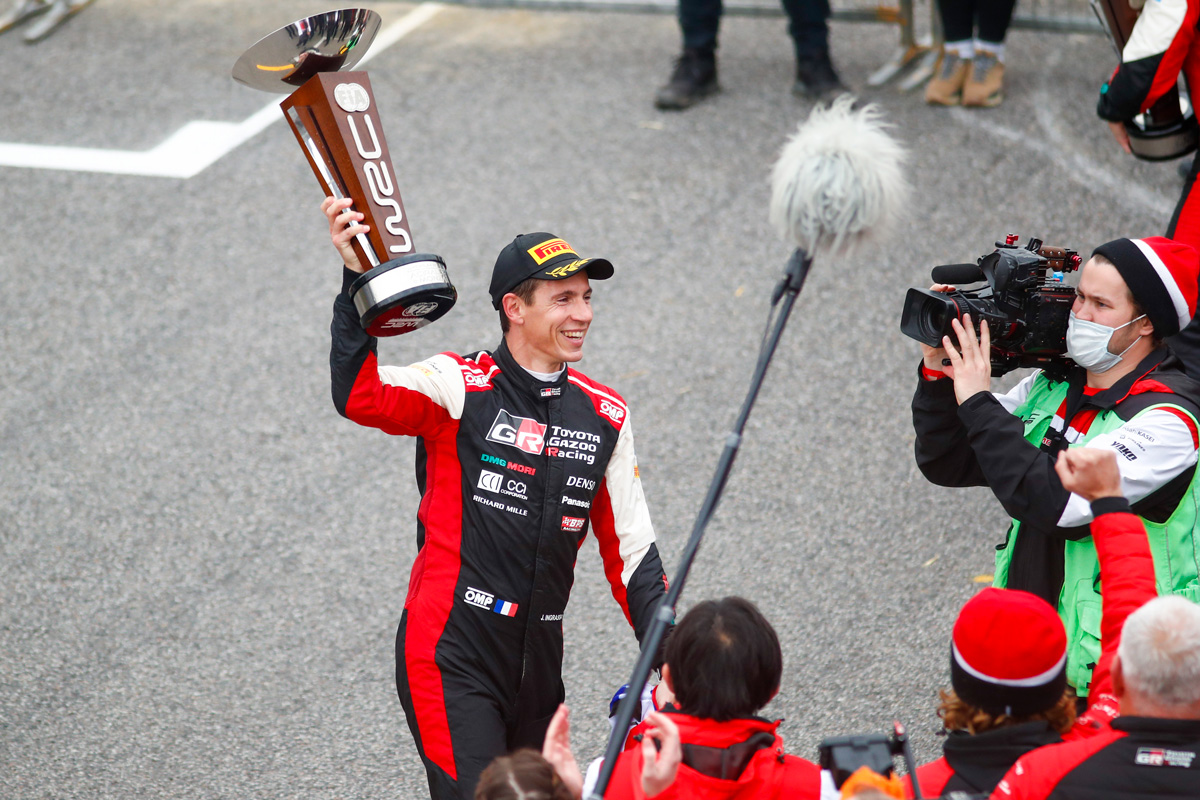 For Evans, it’s the second successive season in which he has gone within a whisker of a maiden title.

“Of course it’s mixed feelings for us today,” he said.

“Naturally you always want more. We knew the drivers’ title would be difficult but we wanted to try and win the rally.

“In the end we didn’t quite get it but congratulations to Seb and Julien on another fantastic title and also on a fantastic career together.

“I want to thank everybody in the team, they’ve been working so hard, giving us fantastic equipment but also a fantastic atmosphere to work in. It’s also a very fond farewell to the Toyota Yaris WRC, it’s been a joy to drive.”

Hyundai took placings third through sixth at the finale, with Dani Sordo on the podium.

“I am honestly really happy to have secured a podium finish here in Monza, and to end this era of WRC cars with a top three finish,” said the Spaniard.

“It has been a relaxed final day for me, focused and just trying my best to avoid making any mistakes. I’d like to say thanks to the team for another year working together, with some good highlights.

“I hope next season with the new hybrid regulations will be even more fun.”

Thierry Neuville was fourth, while Oliver Solberg snagged a career-best fifth despite engine issues in the final stage.

Teemu Suninen, filling in for the absent Ott Tanak, snatched sixth on the penultimate stage after Takamoto Katsuta spun and damaged his Yaris’ suspension.